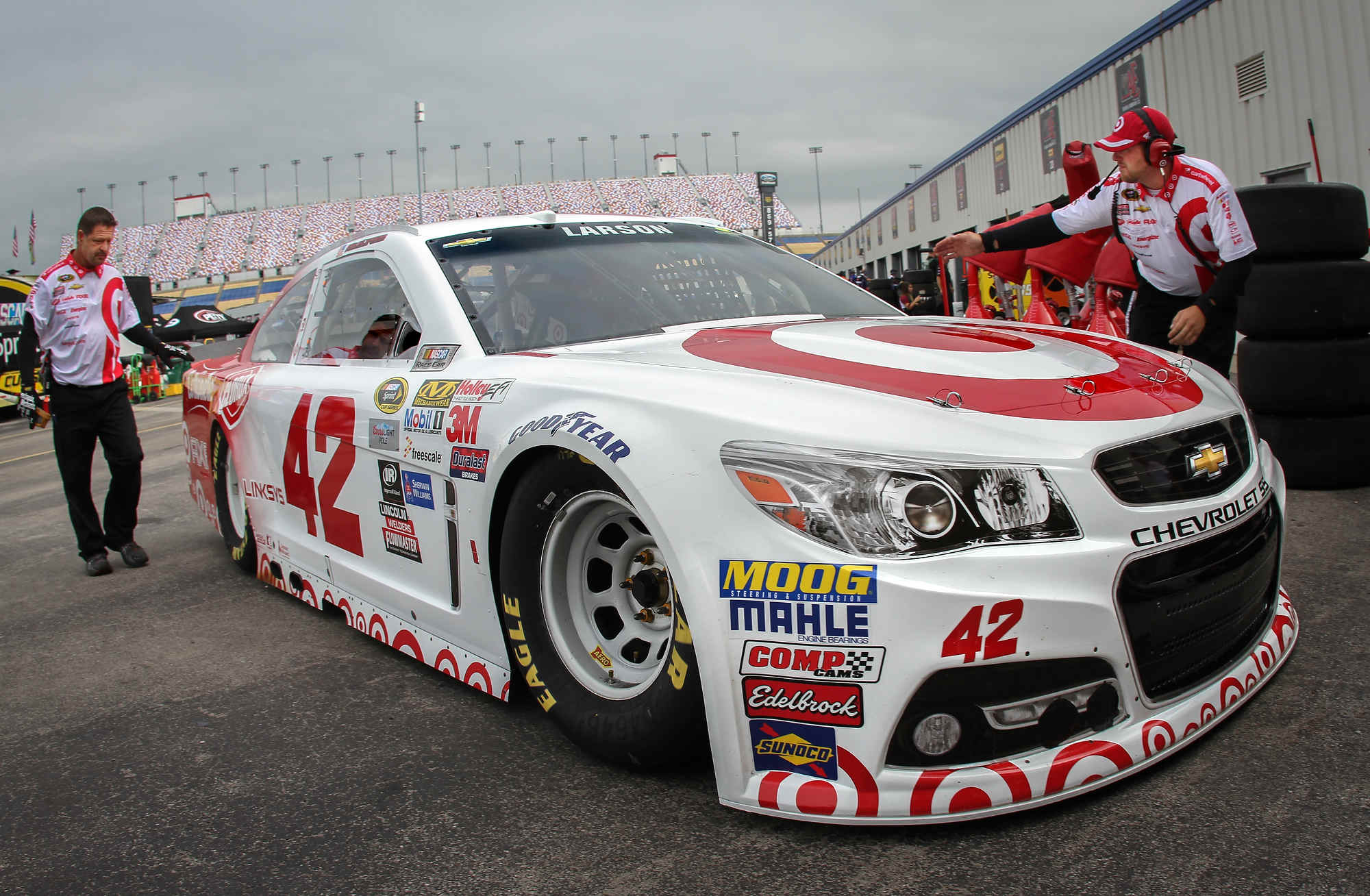 Sprint Cup Series cars were able to get back on the track at Kentucky Speedway in a revised second practice on Friday, but the results were largely the same as the first session, as Kyle Larson topped the charts and Brad Keselowski followed.

Austin Dillon doesn't appear to be suffering any ill effects from the hard wreck he endured at Daytona early Monday morning, as he placed sixth in the session at 177.352 mph.

Matt Kenseth landed his No. 20 Toyota in the grass after spinning with five minutes remaining in the session.

Lineup based on practice speeds