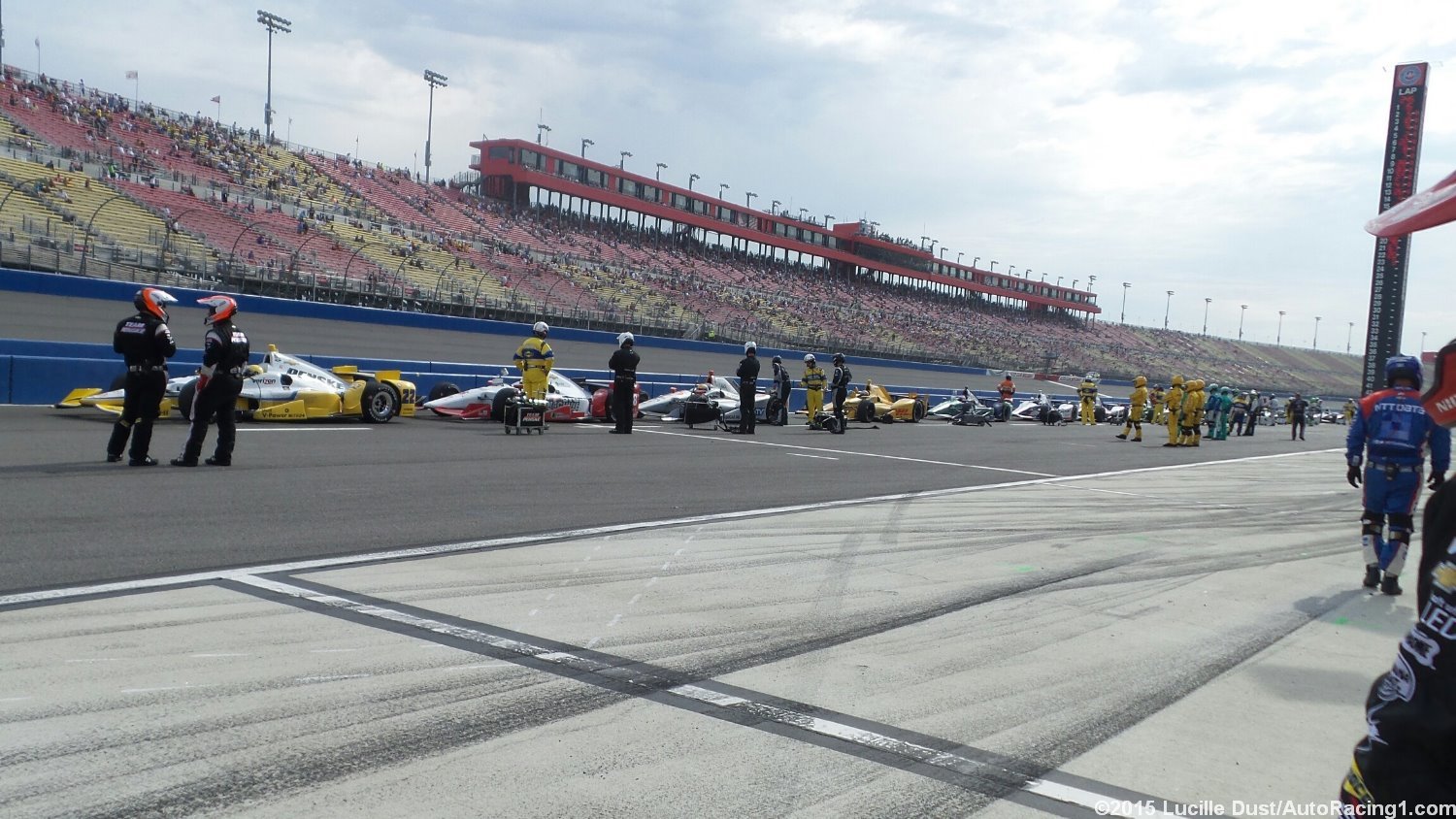 We are approaching lap 125 and we have just gotten our first yellow for Helio Castroneves, the guy leading the most laps in this race. We have had 43 lead changes, the most ever in an IndyCar race. Perhaps the best race IndyCar ever put on and hardly anyone is here to watch it. Maybe 5,000 in attendance.

Graham Rahal has been really improving his position today. Ryan Briscoe has been running in the front also today until he had to replace his back wing just now. And Team Penske has been having fantastic pits stops for Will Power, who is in the lead now.

The race has been pretty exciting with cars 3 wide all over the track. Let's see what the last half of the race brings. It is way too early to predict who will win this one.