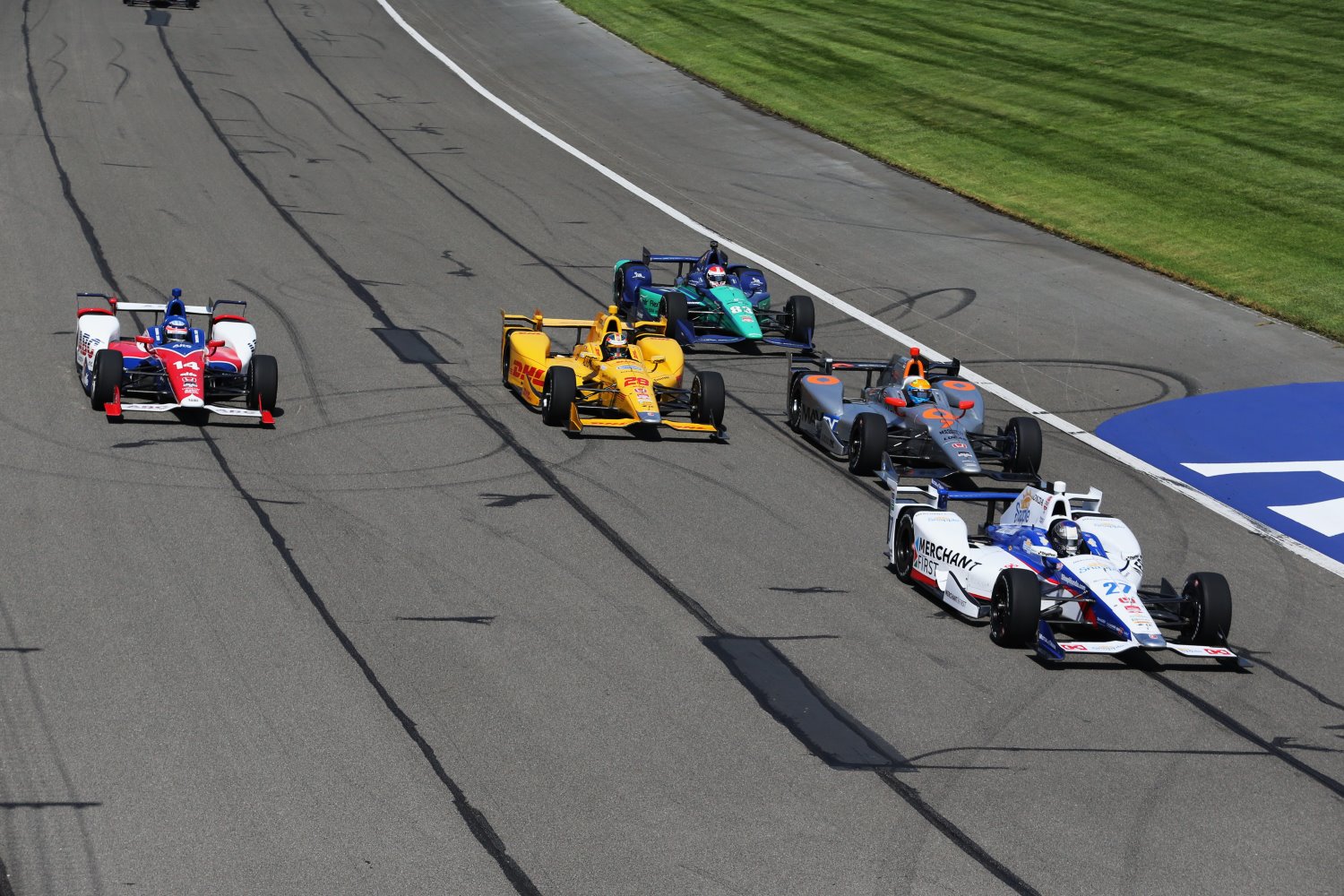 UPDATE A few clouds have moved in over Auto Club Speedway a couple of hours ahead of today's MAVTV 500. We're not sure exactly how long they will last or what effect it will have on the today's race. However, it is for now at least, not as oppressively hot here in Fontana.

We'll keep you updated throughout the day.

Happy race day from sunny Fontana, California. It is a pleasant morning at 68 degrees but will be 93 by race time.

The starting grid for today's race has Chevy in 8 of the top 10 positions and 4 of those Drivers are Team Penske and 3 drivers are racing for Chip Ganassi Racing.

Juan Montoya, the points leader, will be starting 5th today and stated yesterday that he thought the race today will be pack racing due to the new aero kit. His teammate, Helio Castroneves thinks just the first 20 laps of the race we will see the cars all packed up. And then the tires will start to fall off. Marco Andretti, the quickest Honda starting 3rd today, says the tire degradation will affect the outcome of the race, but not as bad as in Texas. He feels good about his car and says the race will be fun.

Ryan Hunter-Reay stated that he thinks that we will see really close racing the whole race especially after the first tire stint. Scott Dixon thinks the heat will be an issue during the race but the racing will be good. Simon Pagenaud, our polesitter, was not as concerned about an engine failure as he was about the sand from the track coming into the radiator.

And when the drivers were asked about changes for next season, Dixon stated "I would encourage the series to race longer in the season. Football does not affect race fans."

Helio stated that "IndyCar should have a better TV package and they should change the time for the Fontana race next year to later in the day."

Ryan Briscoe will be driving the Schmidt Peterson #5 entry for the remainder of the season. "It has been really cool driving an Indycar this year. The aero kit has given everyone something different to run this season. I am looking forward to a new experience driving at Mid-Ohio with it."

Sage Karam spoke by phone with Dario Franchitti for 30 minutes before he went out to qualify. "I miss Dario being here because he keeps me focused during the weekend. It feels weird without him here," said Karam. Dario is in London working the season finale for the Formula E series. Sage feels he has a good car and he feels more confident than he did at the Texas race.