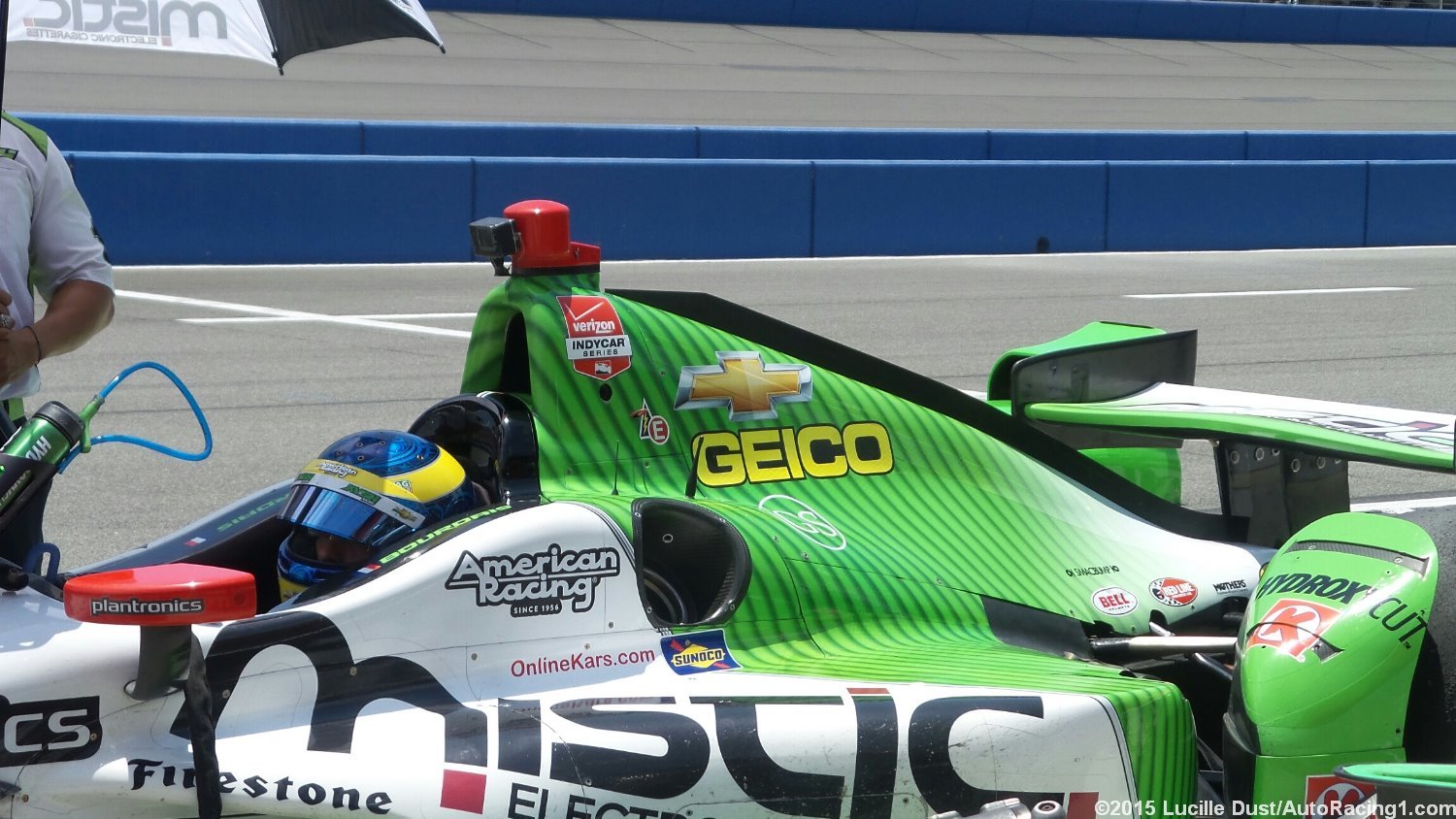 UPDATE We caught up with Scott Dixon after he placed the #9 Degree Chevrolet atop the time sheets in practice 2. He said the team changed his engine today and he had his race setup for downforce on the car in this practice. Still, he's unsure of his chances in qualifying and the race.

"The speeds are good but you can never get into a rhythm in practice to see how well you are doing in comparison with the other cars."

Verizon P1 qualifying is scheduled to start in about an hour and a half. Should be an interesting session.

06/26/15 As expected, it’s a rather balmy day here at Auto Club Speedway. The air temperature is 95 degrees and the track temp is 133 degrees. Going by the eye test, it seems the tires on the left side of the car wearing at a much greater rate than the right side.

I had my weekly race chat with Chevrolet IndyCar manager Chris Berube today. Chevrolet has added an additional Gurney to the back engine cover for the speedways for increased safety. This is a new piece that was recently added to the Chevy kit. It is similar to the Honda fin which has been on their back engine cover since Indianapolis. We will hopefully have pictures here shortly.

We also talked about the Back bumper being covered after the airborne accidents in Indy. That change causes more drag on the car and he stated that "just imagine how fast we'd have been without that change."