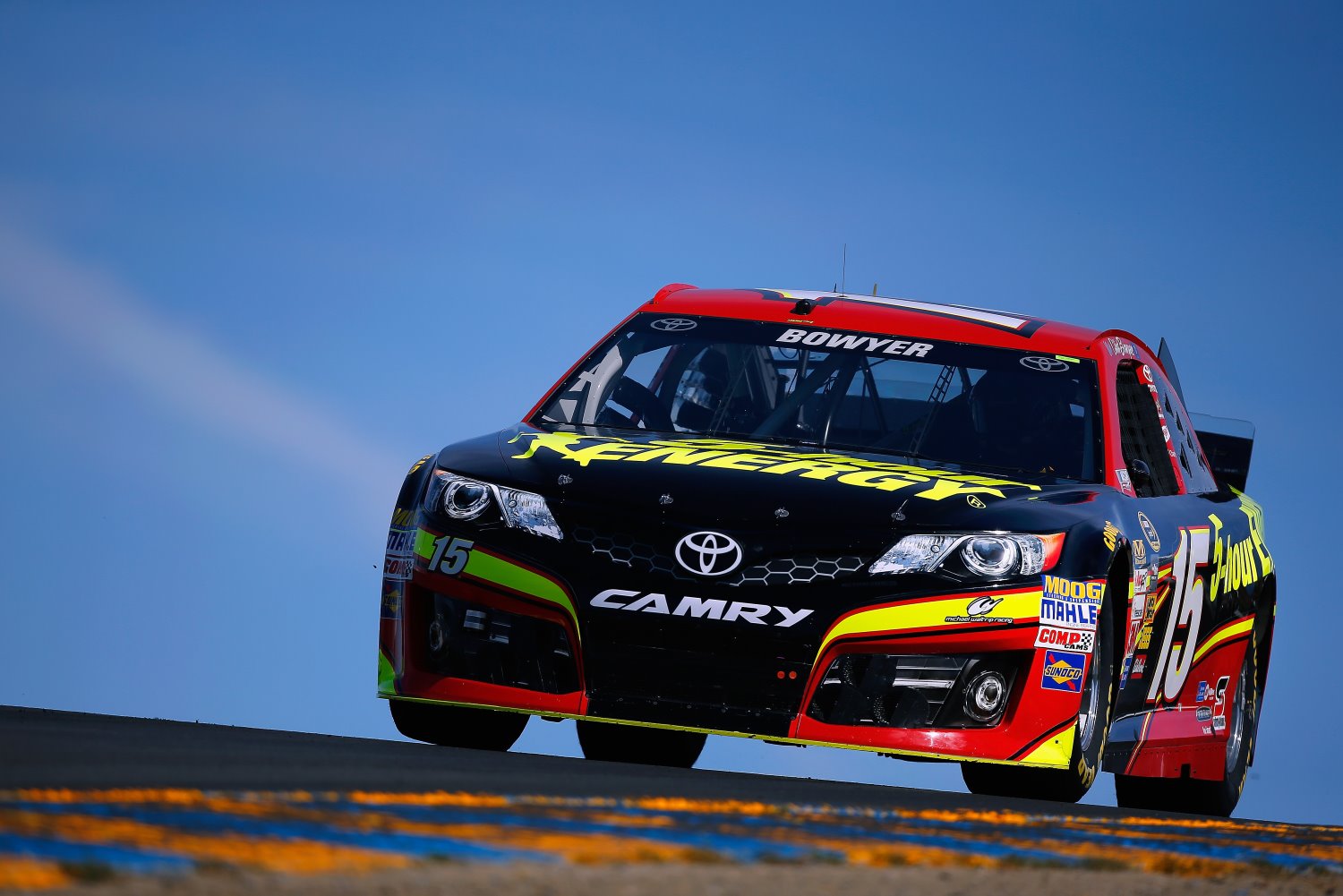 A big announcement for the track was made this morning as Save Mart Supermarkets will continue as co-title sponsor of the Sonoma race through 2020. Sonoma Raceway president and general manager Steve Page and Save Mart co-president and chief strategy and chief branding officer Nicole Pesco made this announcement this morning. Page, who came to Sonoma in his current position in 1992, provided some background on the relationship.

Noting that the track lost title sponsor Banquet after the 1991 race, Page said he reached a deal with then Save Mart Chairman and CEO Bob Piccinini, who has since passed away, to sponsor the 1992 race as a "last minute, give this a try," deal. The relationship grew from there and the 2016 race will be the 25th straight year Save Mart has been a title sponsor for the event.

Pesco, Piccinini's daughter talked about the relationship from Save Mart's side noting that the race is marked on the calendar as a "family event for our company and employees." Pesco and Page later unveiled a granite monument on the lawn outside turn 11, which renamed the area Piccinini Plaza.

Page was also nice enough to spend a few minutes with me after the ceremony, in which we talked about amongst other things, the track's Verizon IndyCar Series event. I'll expand upon that in a later post.

After the ceremony, I headed back to the media center for a press conference with A.J. Allmendinger. The driver of the #47 Kingsford Charcoal Chevrolet won last year's race at Watkins Glen and according to Jeff Gordon is the "guy to beat" this weekend. Allmendinger noted that there were more differences than similarities with the two Sprint Cup Series road courses. The Glen, according to Allmendinger, places a greater emphasis on aerodynamic performance, whereas Sonoma is more of a strategy race, where tire conservation and the ability to manage tires over the long run is at a premium.

Gordon, who met with the media afterwards echoed this. The five-time Sonoma winner equated the track to short ovals like Bristol and Martinsville that require a certain "finesse," in managing a car over the long-run. The Glen, according to Gordon, races more like the mile-and-a-half ovals, rewarding aggression and drivers who take the car deeper into the corner.

Gordon was also asked during his press conference about one of the big topics of discussion here this weekend: the legislative push in South Carolina to remove the Confederate Flag from its state building.

Now, I'm going to assume everyone reading has at least some familiarity with the current situation in South Carolina and the debate of the Confederate Flag in general. NASCAR issued a statement this week supporting the measure to have the flag removed. Yesterday, USA Today's Jeff Gluck called for NASCAR to go a step further and ban the Confederate Flag "from all race tracks. Now."

Gluck notes that NASCAR has the power to do this as racetracks are private property rendering the freedom of speech issue moot. That is true. In my opinion, Gluck goes too far noting there would be no debate about removing a "Nazi" or "ISIS" flag. While the Confederacy sought to defend a nefarious institution that denied basic human rights to a race of people, Nazi Germany was a genocidal state. ISIS is an organization that seeks to murder and terrorize those it deems infidels.

While I am not advocating for the Confederate Flag in any way, I do take exception to Gluck citing the examples he does as synonymous. They're not!

Now, whether NASCAR should outlaw the flag is an altogether different questions. Should they?

Although I'm not one to legislate people's thinking, removing a symbol many people find offensive (for good reason) is not only the morally correct thing to do, it actually makes business sense for a sport trying to attract a broader, younger demographic. Of course much of NASCAR's traditional fan base comes from the deep South. And the Confederate flag is commonplace at many races. NASCAR has long taken the stance that they cannot control what flags thousands of people fly on a given weekend, which I suppose there may be some truth in.

However, NASCAR took a pretty strong stance this week by injecting themselves into a state's legislature's matter. By taking an official stance again which they were under no pressure to take, has the series opened itself to examination on the matter? Will there be pressure going forward for the series to essentially implement actions that support its strong words?

Certainly, Too early to tell. However, this is a subject of debate here at Sonoma this weekend, and one I'm sure you'll hear more about as the weekend goes on.