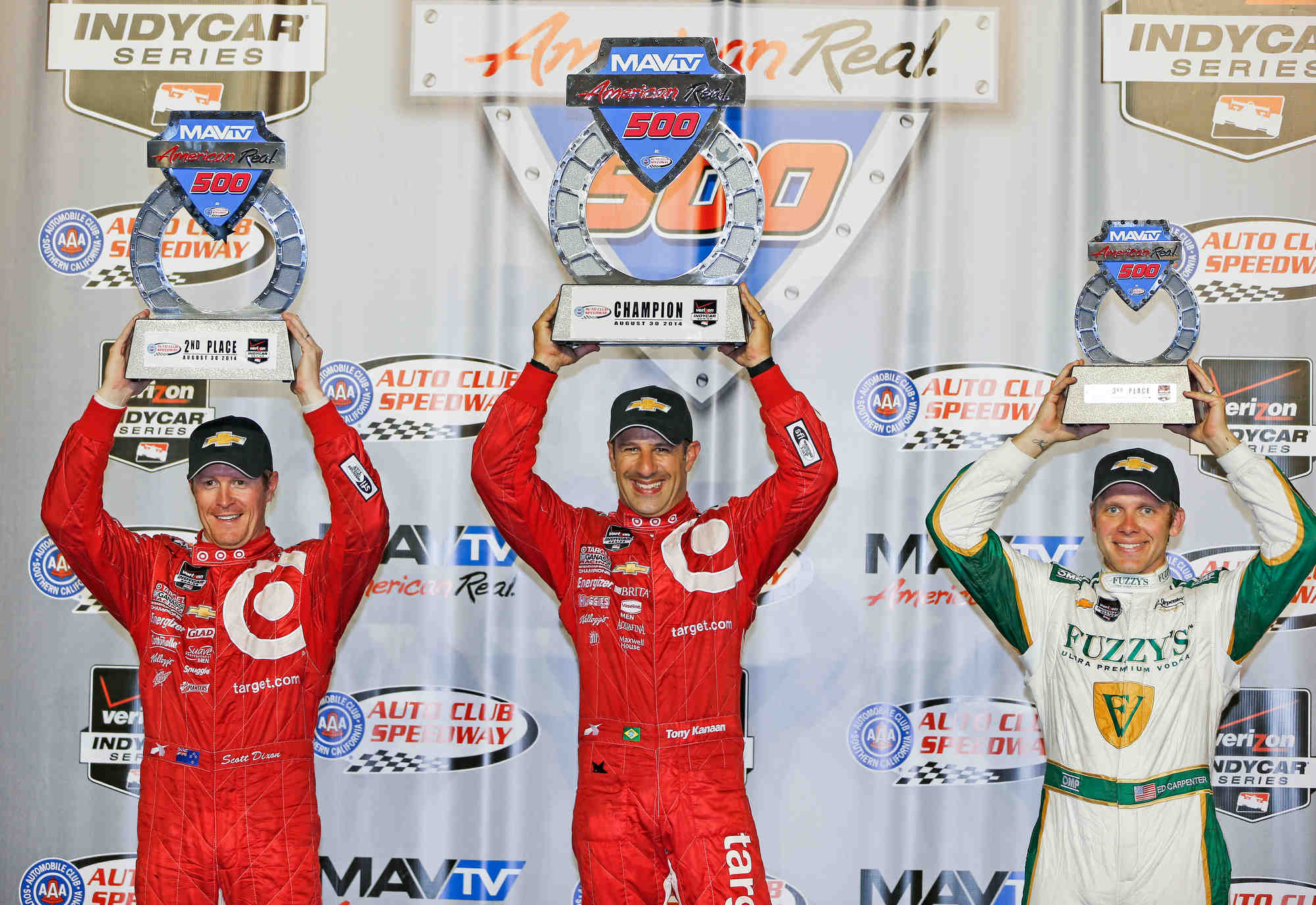 Below, are odds to win this weekend's MAVTV 500 courtesy of Bovada Sportsbook.

As you would expect, the betting favorites come from the Penske and Ganassi stables, led by 2013 Fontana winner Will Power. In both of the previous 2015 oval races, the Penske and Ganassi teams swept the top-four finishing positions, and led an overwhelming percentage of the laps. No reason the 4 Penskes along with the top-two Ganassi cars (Scott Dixon and Tony Kanaan) shouldn't be the favorites.

As for someone AR1 likes (of course, for recreational purposes only)?

Certainly, it is tempting to go value fishing further down the board. 2012 Fontana winner Ed Carpenter at 16/1 is potentially appealing. Still, given that Penske and Ganassi have been so far ahead on the ovals in 2015, AR1 sees no reason this weekend's race isn't another Penske and Ganassi dominated affair.

And the best value currently of those six cars in our opinion would be last year's Fontana winner Tony Kanaan at 9/1.

Remember, TK had a very strong car at Indy before crashing. He was again strong at Texas finishing second to Dixon. Kanaan is always a contender in the long-distance oval races and he's due for a little good fortune. At 9/1, he's valued very attractively to win this weekend's race.