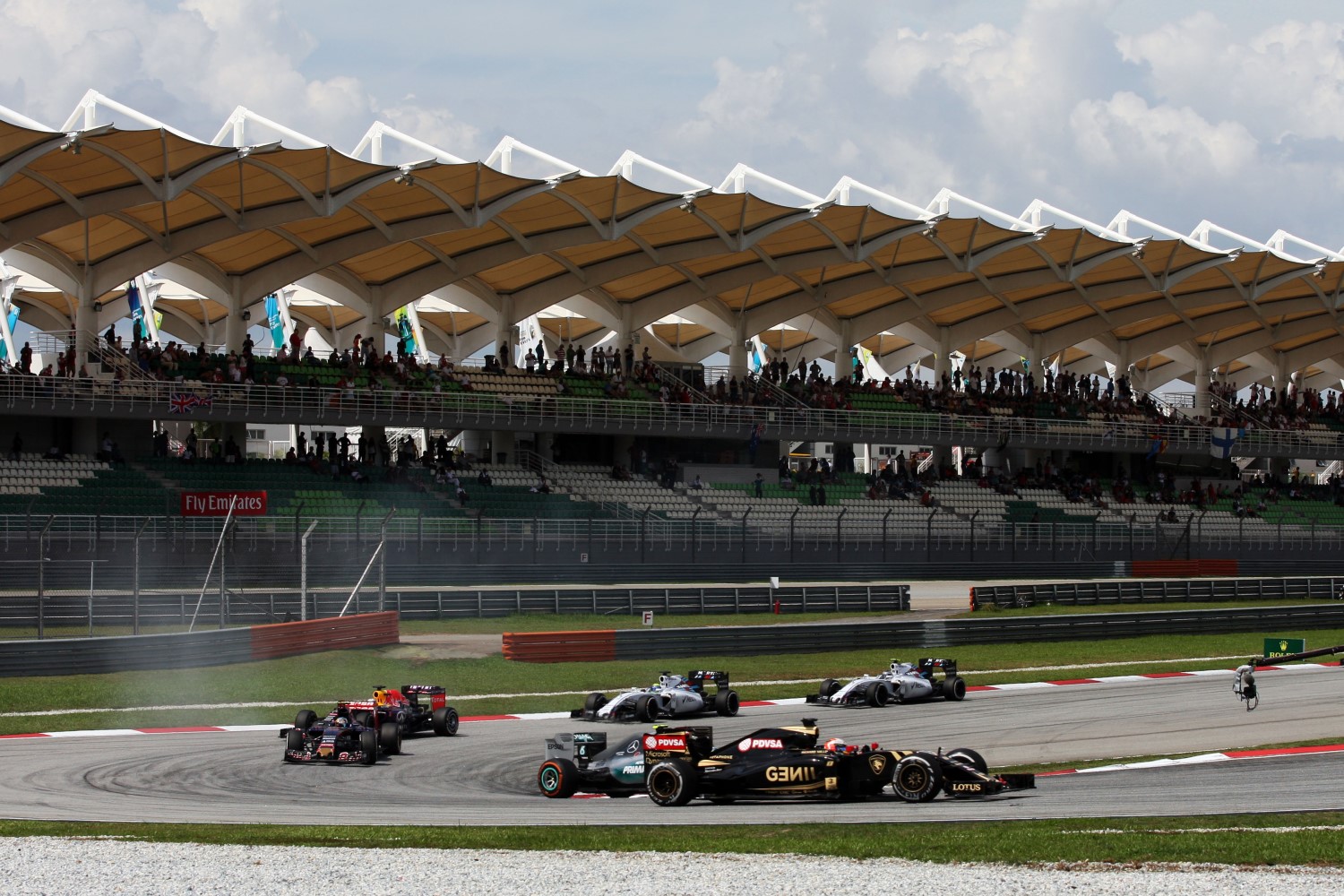 AR1 has predicted that IndyCar and F1 would suffer severe declines when switching to quiet turbo V6 engines that do not scream. We stated that knock-your-socks-off-sound was the #1 thing that keeps fans coming back for more. Well both series switched to their quiet non-screaming engines and both have been in steep decline ever since. And the decline will continue until the scream returns. Period. End of story.

In a separate piece, Eason opined an hour before Sunday's Austrian Grand Prix "and the paddock of the Red Bull Ring was as near to deserted as it is possible to get." Some of the huge motorhomes "looked as though they were shut for early closing."

One acquaintance who deals in these things said that "the fabled Paddock Club, where the diners feast on champagne and fine food, was a quarter full." The drivers "could cross the paddock unmolested, almost unnoticed, as they went to collect their cars ready to race." This "must be what a manic depressive sport looks like."

Mercedes Motorsport Dir Toto Wolff said that "the British press is too negative about Formula One." I "see, interpret and recount my findings." I "am not a fan, I am a journalist." If my boss "sent me to cover a nest of vipers, I would send a description of the fetid nest and attempt to judge the quality of the bites by the participants."

F1 "has done a lot of damaging sowing in the past couple of years and the harvest was on show there in Spielberg on Sunday: the crowd halved, the paddock empty and corporate Europe turning its back on what should be one of the most enticing of global sports."

CVC Capital Partners Chair Donald Mackenzie "was in Spielberg with Peter Brabeck-Letmathe, chairman of the F1 board of directors." Are "they blind?" Do "they care?" Under Mackenzie’s watch, F1 "has been on a slow slide, now evident in every corner of the paddock with disaffected teams and sponsors spurning the sport." Even "the drivers are miserable." London Times