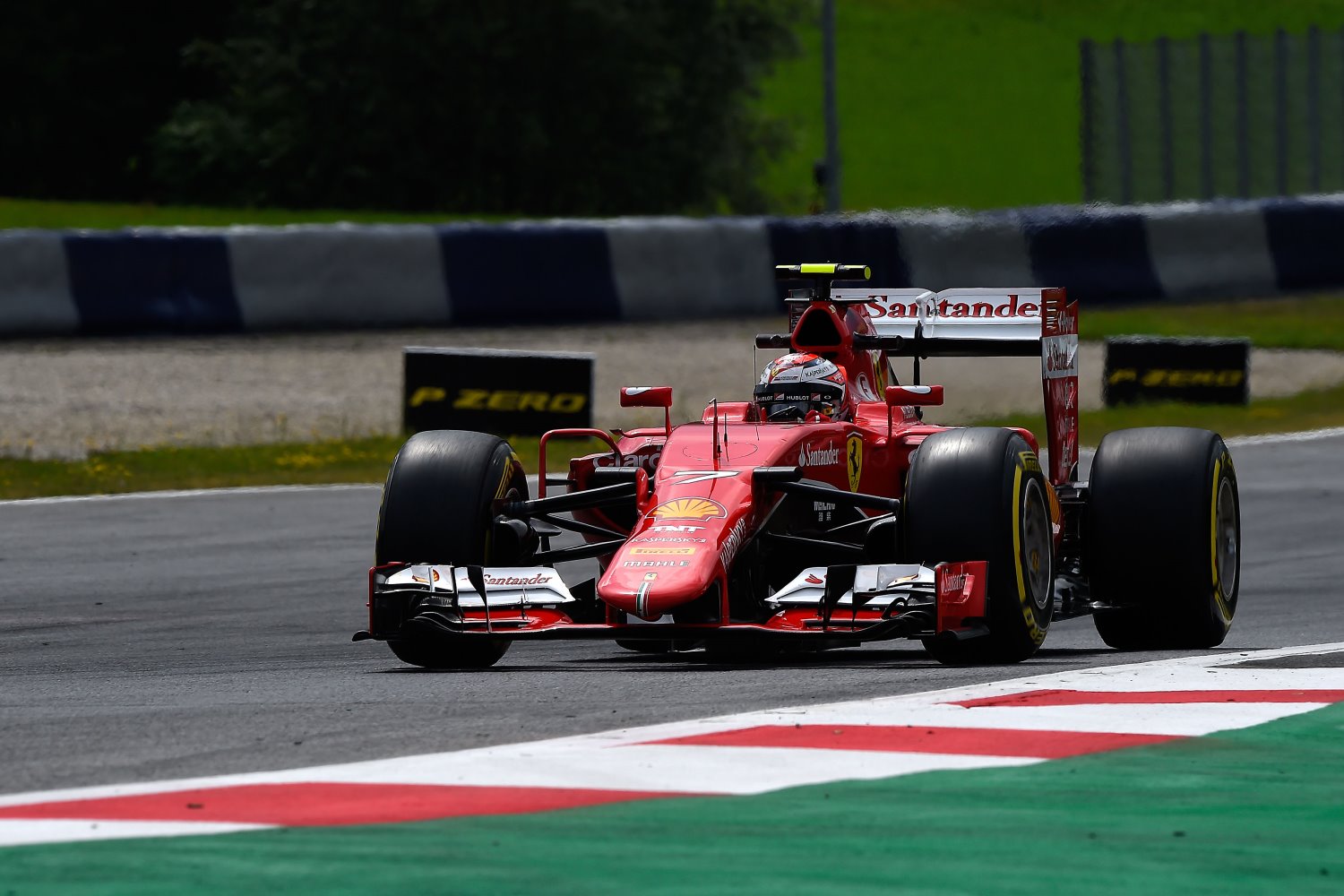 In a session slowed by rain for the final 20 minutes, thereby preventing ultimate fast times, Ferrari's Sebastian Vettel turned the fastest lap for the 2nd session in a row to top final practice for the Austrian GP at the Red Bull Ring. Vettel was the only driver below the 1m10s mark with a lap of 1m09.994s, which was slower than his fast time Friday of 1m09.600s

Lewis Hamilton was 2nd for Mercedes with a time of 1m10.011s just 0.017s adrift. Showing the strength of Ferrari this weekend, Kimi Raikkonen was third at 1m10.177s.

Sergio Perez was a surprise 4th for Force India and Nico Rosberg in the 2nd Mercedes rounded out the top-5.

But don't let the fact that Ferrari was fastest fool you. Hamilton and his sandbagging Mercedes teammate Nico Rosberg traded times at the top of the timesheets in the early part of the session before Vettel beat them both.

Hamilton was on course to reclaim top spot, having clocked the fastest first and second sectors, but he ran wide after getting out of shape in the final corner so he never had a chance to slap on the super-soft tires and show his real speed.

Qualifying is up next and it could be a wet session.