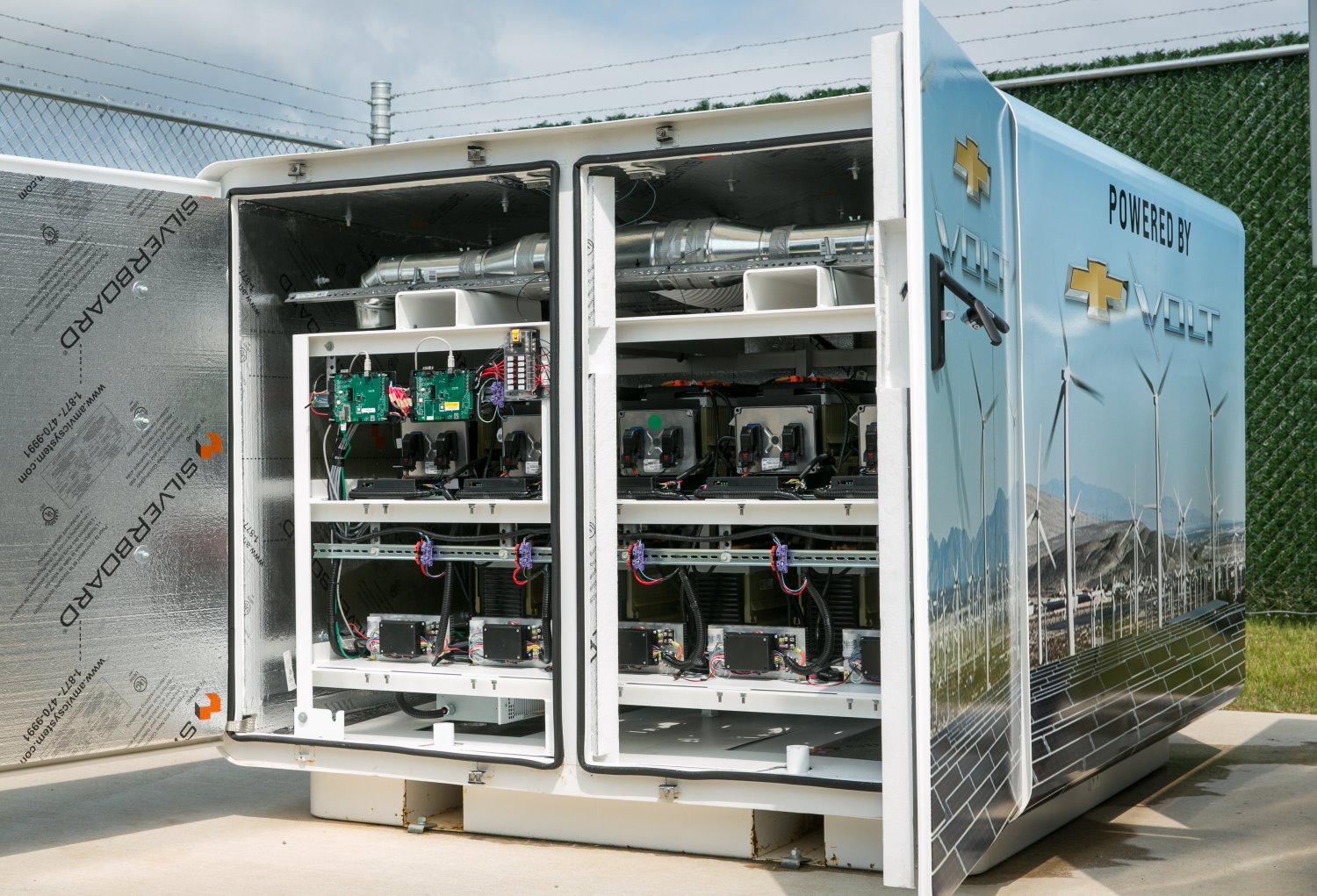 What happens to the batteries that power Chevrolet Volt extended-range electric cars when their useful life is done? Five of them are helping keep the lights on at the new General Motors Enterprise Data Center at its Milford Proving Ground.

Repurposed scrap Volt battery covers already star in a variety of applications, from bat houses to nesting boxes for endangered duck species. Now, as Chevrolet closes on the second-generation Volt for 2016, it's time to begin tapping the energy left in batteries from first-generation models.

Because the Volt typically draws its power from a band of energy in the battery pack, there is a lot of leftover juice for stationary use. A new solar array and two wind turbines feed the administration building's circuit breaker panel, where the five Volt batteries work in parallel to supply power to the building, delivering net-zero energy use on an annual basis.

"Even after the battery has reached the end of its useful life in a Chevrolet Volt, up to 80 percent of its storage capacity remains," said Pablo Valencia, senior manager, Battery Life Cycle Management. "This secondary use application extends its life, while delivering waste reduction and economic benefits on an industrial scale."

The batteries also can provide back-up power to the building for four hours in the event of an outage and stores it when it’s unneeded. Excess energy is sent back to the grid that supplies the Milford campus.

The 74-kilowatt ground-mount solar array coupled with the two 2kW wind turbines generate enough power to provide all of the energy needs for the office building and lighting for the adjacent parking lot. Together, these renewable sources generate approximately 100 Mwh of energy annually, roughly equivalent to the energy used by 12 average households.

The secondary application is being used as a living lab to understand how the battery redistributes energy at this scale. And the company is working with partners to validate and test systems for other commercial and non-commercial uses.

"This system is ideal for commercial use because a business can derive full functionality from an existing battery while reducing upfront costs through this reuse," Valencia said.