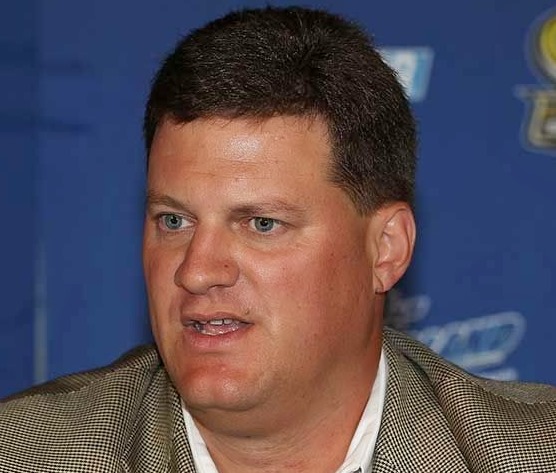 The garage was buzzing last weekend with talk that the 2016 rules package could be put into play next month for the NASCAR Sprint Cup Series race at Kentucky Speedway, a notion that intrigued drivers. NASCAR Executive Vice President and Chief Racing Development Officer Steve O'Donnell reacted to that talk in a Monday interview on SiriusXM NASCAR Radio's "The Morning Drive."

"As we've said nothing is off the table, so we're continuing to talk to the race teams, the drivers, the owners and the tracks, particularly not just about '16, but what if anything could be done about '15," O'Donnell said.â€¨â€¨

"A lot of those discussions are still ongoing, and if we're going to do something, obviously we've got to do it sooner than later because we never want to implement anything in the Chase. We'll continue to have dialogue and get to a decision either way. It all goes back to, how do we put the best racing on each and every weekend?"

O'Donnell also indicated that the 2016 rules package may not be a one size fits all concept.

"It's kind of a misnomer when you look at it, because at each track you are going to have a different tire, essentially a different gear, a lot of different things that go into it," O'Donnell said. "As we look ahead, I think we want to look more toward what specific track packages could we have. Not necessarily having 36 different ones, but are there some configurations that do change up for particular tracks? That's been a really interesting angle as we've talked to the teams and gotten some great feedback."

The NASCAR executive also addressed the challenges faced in this past weekend's NASCAR Sprint Cup Series race, the Quicken Loans 400 at Michigan International Speedway. Wet weather led to multiple red flags and a race that was eventually called after 138 laps, 62 short of the scheduled 200.

"The fans braved a lot of different circumstances at Michigan, again proving that we've got the most passionate fans in all of sports," O'Donnell said. "Gave it our best shot to continue to dry, but in the last one we had to evacuate the stands. There were still some pop-up showers in the area and working with the track, we made what we thought was the safest decision for the fans that were in attendance. Certainly would have liked to see it be a full race completed but again, really appreciate the fans sticking with us."

O'Donnell also shed some light on what goes into deciding to call a race, and who is involved in the final decision.

"We'll talk to obviously the weather experts in the area, but ultimately it's up to the track," O'Donnell said. "In this case, Roger Curtis (president of Michigan International Speedway) and NASCAR work together. We judge it on how much time do we have left, daylight. You don't have lights in Michigan and more importantly, what does the weather look like?

"It takes longer to dry a track as you get later in the afternoon with the weather circumstances. Once we had to evacuate the grandstands via the track, that put us in a really challenging situation. The fans had stuck it out for a long time and then when you looked at the radar and the possibility of continued lightning and rain, we thought it was the most prudent decision to make at that time to call it a day." nascar.com