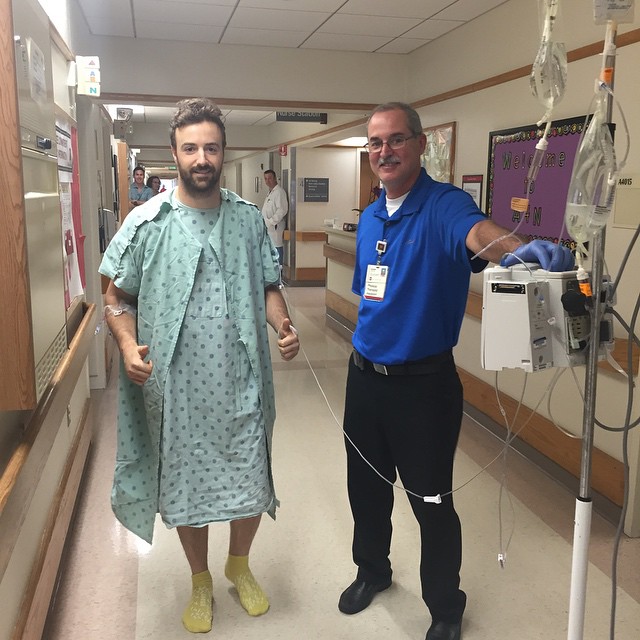 Injured IndyCar Series driver James Hinchcliffe said in a video released Tuesday that his recovery from the May 18 accident at Indianapolis Motor Speedway is "ahead of schedule," but he's cautious about a return to driving.

"The blood (recovery) started in the ambulance," Hinchcliffe told SportsNet, a Canadian cable sports network. "From what I hear, they skipped the (track's) infield medical center and (drove me) straight to (IU Health) Methodist (Hospital) because they knew it was bigger than that. I think I had 14 pints of blood en route to the hospital and the human body only holds 12, something like that, and then a bunch more in surgery until they were able to get in and get the artery fixed. Yeah, it was touch-and-go.

"My family and (girlfriend) hate telling the story of one of the doctors saying, 'He might not make it.' (He was) very casual about it. They were 'why would you say that?' So it was, a very serious deal."

Hinchcliffe said he has "good days and bad days," and he needs another surgery.

"The biggest thing we have to wait for is that surgery in determining when I get back in the car," he said. "When the accident happened, there was no way I was getting back in the car this season; it's just a fact. The way the recovery has been going – just being a competitor and being an idiot – has put that little dream in the back of your head, 'Maybe it's possible.'

"Because the recovery has been going well I need some things to happen before we can plan that surgery and that surgery is kind of the beginning of the end of the recovery, so to speak. If that gets planned soon enough, maybe (back this season). But I'm being realistic about it. I want to be racing for years and years and years. I don't want to do something that just gets me in the car for Sonoma (Aug. 28-30) but ruins me for the rest of my life. My main focus is to be ready and fit for off-season testing. We have a bunch of testing planned. It's going to be a lot busier off-season for us in the car than it was last year, and I want to make sure I'm ready for that.

"I've kind of accepted it's more likely than not we're getting ready for (fall) testing."

All things considered, he seems to be doing well.

"I'm feeling way better than I should be at this point," he said. "My recovery has been going very well. I'm ahead of schedule, which makes my doctor very happy. It makes them feel like they did something extra good, which they did. It's been awesome in that respect." Curt Cavin/IndyStar