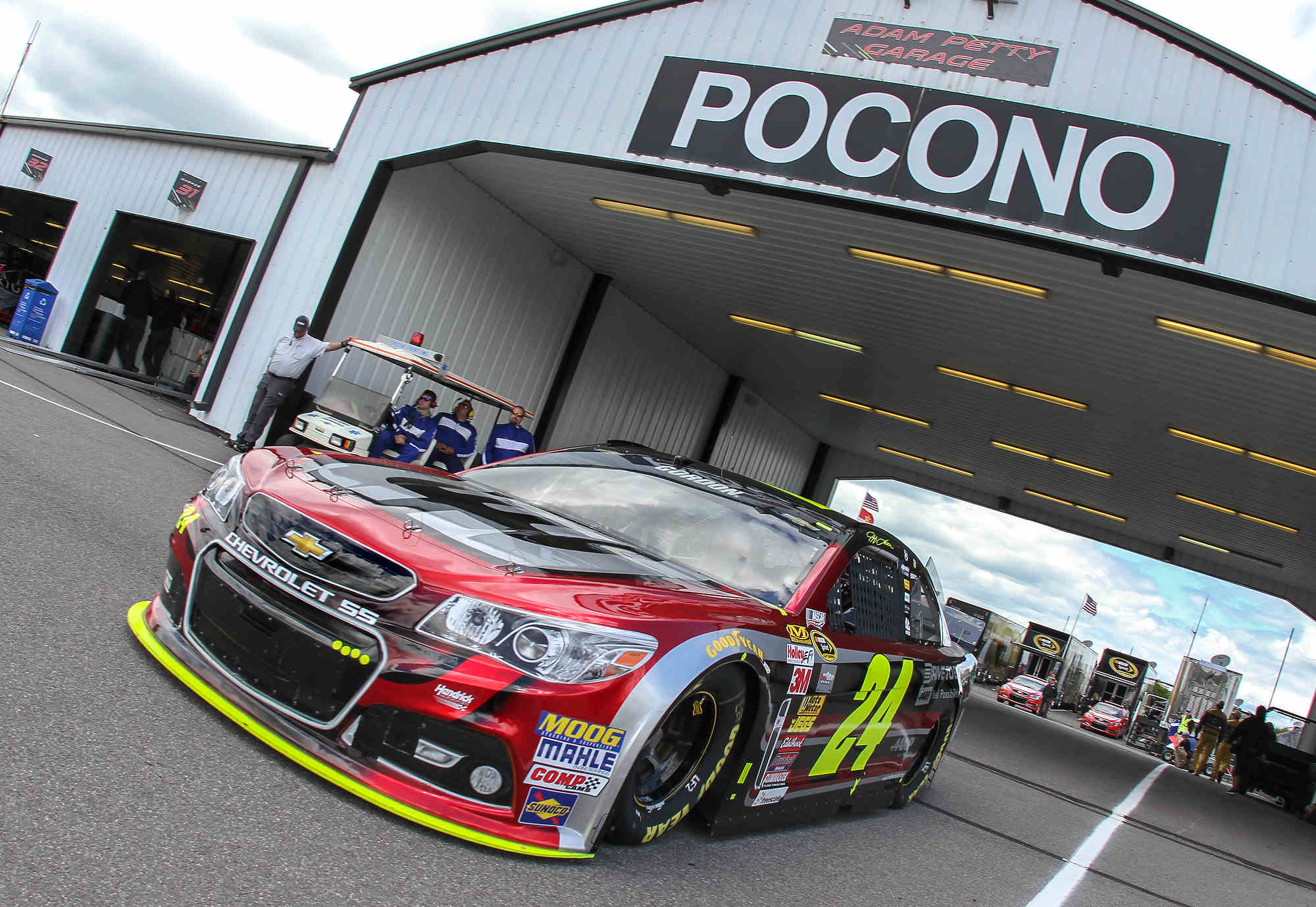 For almost 40 years, the NASCAR Sprint Cup circuit's two races at Pocono Raceway were 500-mile events. And those two races were often described by fans, drivers and the media with two simple words – "too long."

Each time the circuit visited the 2.5-mile triangle track, complaints would pop up. Pocono, located between Philadelphia and Scranton, Pa., has been host of the longest races on the circuit in terms of time, averaging more than 3Â½ hours and sometimes passing the four-hour mark.

"Then you go to Pocono, and it's entirely too long, obviously," Dale Earnhardt Jr. said in 2011. "It's an obvious, glaring issue with everyone that's there – but it's like this huge, pink elephant that nobody wants to talk about."

Someone finally did talk about it. NASCAR convinced Pocono officials to reduce the race distances from 500 to 400 miles beginning in 2012. In the five races run the distance since, the race time averaged 2:59 (not including red flags).

"I didn't think it changed the race, I think it just worked better for the viewing audience and the attention span of today's world," six-time Cup champion Jimmie Johnson said. "It just put it into a smaller window of time, and that just seems to be how the world works."

TV executives like the quicker race. That 2:59 average race time is in the magical three-hour window that has evolved as the typical length for sporting events. NFL and NCAA football games are generally within that three-hour window. NBA and college basketball games are usually much shorter. Major League Baseball instituted rules this year to shorten game times. Through the first few weeks of the season, game times were a few minutes shy of the three-hour mark, almost nine minutes quicker than 2014.

So the popularity of Pocono's shorter races begs an obvious question: Why not cut the length of other 500-mile (or 500-lap) Sprint Cup races? (We won't even mention the Coca-Cola 600, stockcar racing's long-running Memorial Day tradition is not changing anytime soon.)

NASCAR executives would be happy to see changes.

But not all NASCAR stakeholders are so eager to cut race lengths. Track owners in particular stand to suffer the most from such a change. Shorter races mean less time to sell concessions. Texas Motor Speedway president Eddie Gossage, whose track is host of two 500-mile races each year, told ESPN he doesn't think fans want shorter events.

"I can tell you that the fans do not want shorter races," Gossage told ESPN.com. "Period. End of story.

"The only people that want shorter races are the people that run the races – the teams. I guess I'd like to get work less and still get paid the same."

For now, no further changes to race lengths are planned. Gossage says his own interactions with fans convince him that shorter races are not the answer.

"They don't want it shorter, for sure," Gossage told ESPN. "They want it longer. You have to listen to the fans. Without the fans, none of us would have jobs, including those teams in the garage. Arthur Weinstein/Perform Media