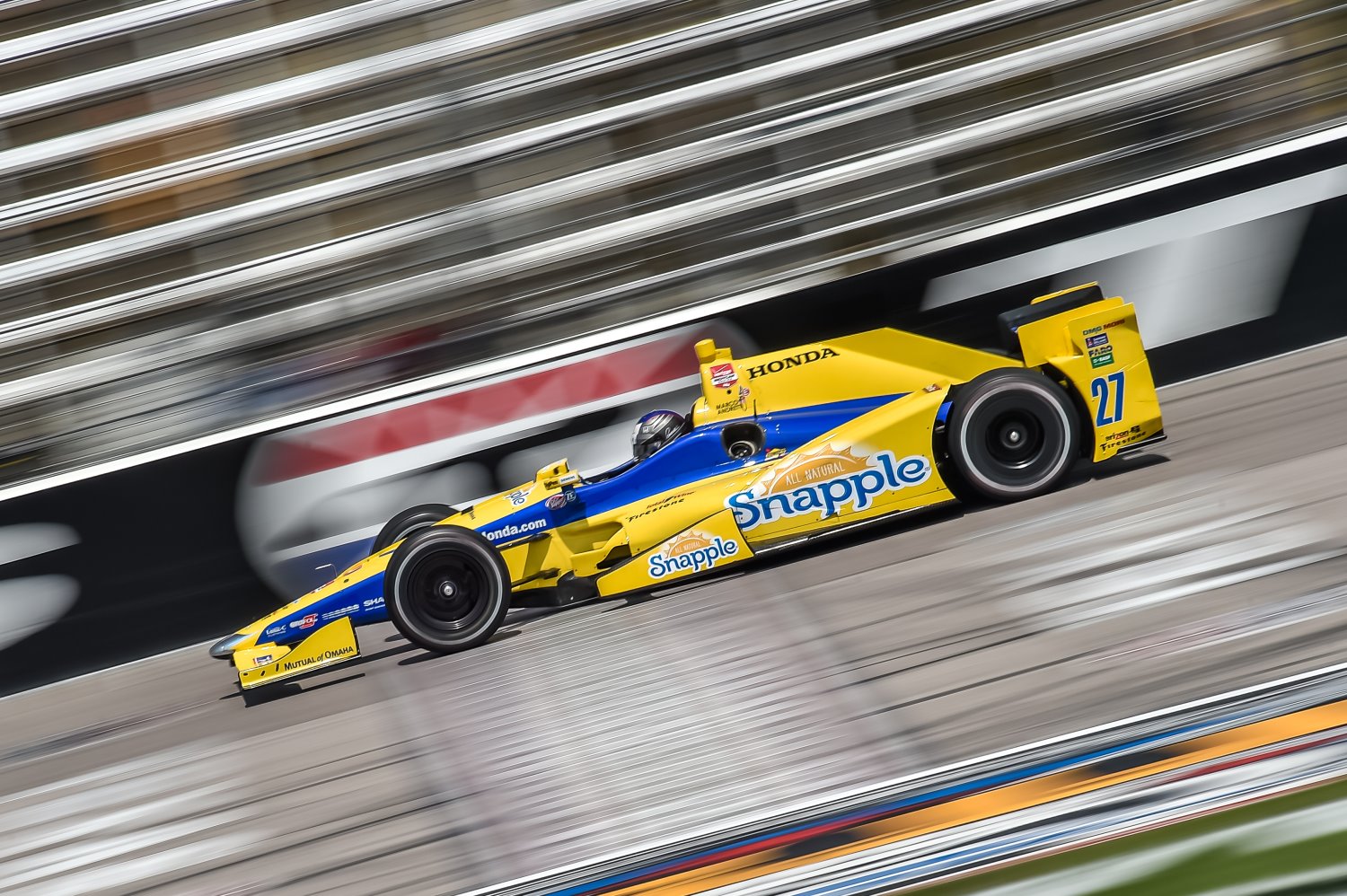 There was reason for Honda IndyCar teams to feel upbeat after last weekend's doubleheader at Detroit when Honda driver Carlos Munoz won the first race of his career in Race 1 followed by Honda sweeping positions 2-9 in Race 2.

But that has not been cause for celebration for the two Honda team owners that have actually found a way to win a race with the Honda in the first half of the 2015 IndyCar season. That's because James Hinchcliffe's victory in the Indy Grand Prix of Louisiana and Munoz's win at Detroit were in rain-shortened races. Honda teams know that in a straight-up fight with the Chevrolet teams, they are outmatched.

It all comes down to the Aero Kit — where competition between cars was going to become an integral part of IndyCar racing with the return of innovation and creativity.

To the Honda team owners that are trying to compete with the faster Chevrolet teams in Saturday night's Firestone 600 at Texas Motor Speedway, the introduction of Aero Kits has been a gigantic waste of money.

"Absolutely," said team owner Sam Schmidt. "It's been an experiment; we did it. I know Chevy and Honda have spent millions and millions on it. I know it is probably a tough sell at the corporate offices especially with Honda. I think any time you have a business, you want to try new things. We tried it and it's not working. If we lose a lot of Honda team sponsorships it's going to be really a bad thing.

"I don't see what the purpose is after we had 11 different race winners last year. The biggest thing is I've never had anyone tell me what's it for, why we are doing this. It's not putting butts in the seats and increasing the TV ratings. I would like to know what it is for."

Saturday's race on the high-banked oval at Texas Motor Speedway kicks off the second half of the 2015 IndyCar Series season. The four Team Penske Chevrolet drivers took four of the five starting positions with Will Power starting on the pole, Simon Pagenaud on the outside of Row 1 and four-time Texas winner Helio Castroneves starts third.

Andretti Autosport's Munoz is the highest-qualified Honda driver in fourth with Verizon IndyCar points leader and the season's only multiple race winner Juan Pablo Montoya fifth in a Chevrolet.

Honda teams are hopeful they can be part of a good race on the 1.5-mile oval, but realize it will take another unusual set of circumstances to get to victory lane because of the superior aero balance and performance level of the Chevrolet Aero Kit.

And it's starting to get critical for the Honda teams and for Honda Performance Development as it searches for the right combination.

"You can't recover the money that we have spent, but we can still keep pissing it away on development because now we have to work a lot harder to play catch up and we don't get reimbursed by Honda," Schmidt said. "You can go to your sponsors for a while and say, 'we have one arm tied behind our back and we are working on it.' It's a volatile situation. The series looks at 23 cars and says, 'What's the problem?' The reality is half those cars are on a thread and needle and may not be here next year."

So other than scrap the Aero Kits completely, what would be a solution for the remainder of the season? IndyCar officials have listened to Honda's concerns but a drastic change to the kits could also create a political issue for Chevrolet.

"I'm hoping we get through this year and then my vote is to go back to the DW012 for next year," said Munoz's team owner Michael Andretti. "This is going to break the series if we continue going the way we are going. It's getting ridiculously expensive for the manufacturers and is totally ridiculously expensive for the racing teams. We just can't continue going the way we are going so I'm hoping smart minds prevail and we go back to last year's car that gives you better racing on the track as well and that is better for the fans."

IndyCar has made little changes to the package because of safety, but evening out the performance level is a much more delicate situation. The series needs both Chevrolet and Honda to have a full field of cars. Honda Performance Development had reached an agreement in principle in April to remain with the Verizon IndyCar Series season, but after the debacle that happened on Indy 500 Pole Day when teams had to take off it's qualifying aero package and qualify on race day setup, Honda was penalized for issues that happened to Chevrolet cars.

"It's a mess — a total mess that I don't think you can fix," Andretti warned. "The only way you can fix it is to go back to the old car. I was totally hoping I was wrong. It's something I've been pushing for the last four years ever since the idea came up I was dead set against it. We were able to get it delayed for a few years but finally they decided to do it and it has not been good. It's everything I thought it would be unfortunately.

"We haven't really talked to Derrick Walker (IndyCar President of Competition) much about it but I personally think Honda would like to go back to last year's car. We can't afford to lose Honda in this series. Honda was supposed to be signed at Indy and they aren't signed yet.

"If Honda leaves, it's very scary. I'm hoping it doesn't come down to that. Hopefully smart minds prevail."

Prior to the introduction of Aero Kits, all IndyCar teams used the standard Dallara chassis. The only difference was the engines and the drivers, and it created some spectacular racing. The competition has still been great in IndyCar in 2015, but the competition is between Chevy teams with Honda having to fight to get into the top five.

"They allowed us to do the front wing in the last race and that was a little better, but you can see we are still at a deficit," Andretti said of IndyCar. "I don't know what they can do to make it even. Unfortunately, Chevy is getting penalized for doing a good job so the whole thing is a mess.

"I think Honda took a swing at it and missed on this one, unfortunately.

"I think we had a shot at Indy 500 pole and that would have been exciting for the fans. They got robbed on that one and I think it upset Honda as well. I don't want to hurt the series in any way but right now things need to be fixed." More at FoxSports/Bruce Martin