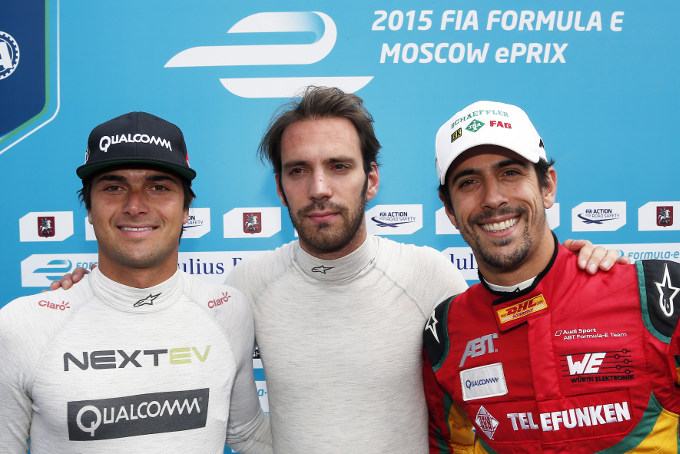 The Frenchman clinched his third pole position of the season but it wasn’t without incident as Vergne clipped the wall on the exit of the final corner on his flying lap.

Di Grassi will line-up third behind title rival Piquet and in front of e.dams-Renault driver Sebastien Buemi. Following his dominant form in the morning practice sessions, Buemi complained that he was hampered on his second attempt by Virgin Racing’s Jaime Alguersuari.

Winner last time out in Berlin, Jerome D’Ambrosio will start fifth alongside Nicolas Prost (e.dams-Renault) who looked on course for provisional pole position with two purple sectors but lost time in the final part of the lap to put him sixth on the grid.

Daniel Abt (Audi Sport ABT), Nick Heidfeld (Venturi), Jarno Trulli (Trulli) and Stephane Sarrazin (Venturi) round out the top-10 positions.

On his first outing in Formula E, Andretti’s Justin Wilson ended the session 13th. Dragon Racing’s Loic Duval will line-up 19th after his car stopped at the exit of the Turn 11 hairpin.