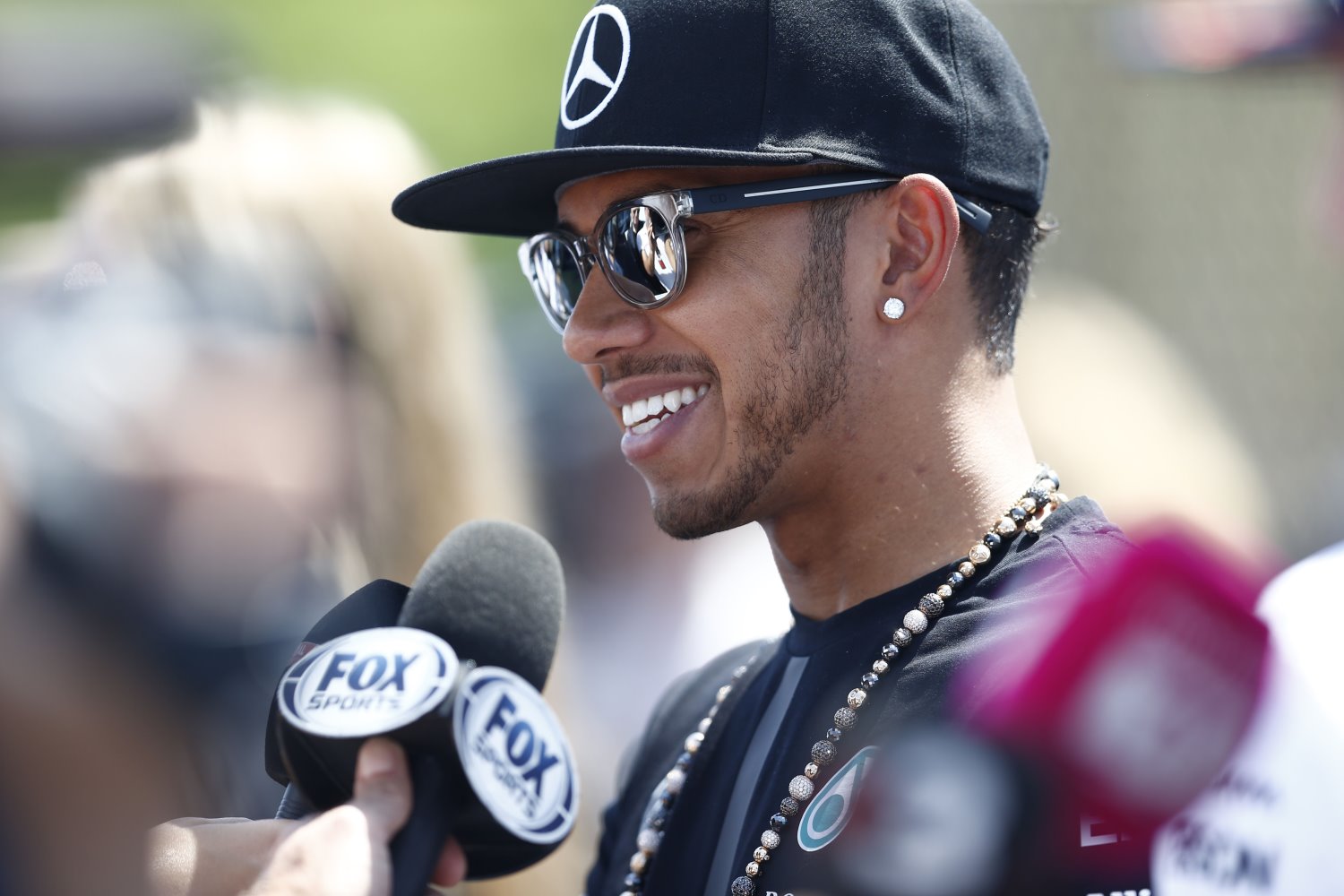 LEWIS HAMILTON is turning himself into a one-man promotional crusade for a sport dogged by waning â€¨popularity.

And the world champion insists he knows the image he is building: "It's definitely rock and roll. I don't want to be a jet-set star. I want it to be the rock and roll lifestyle."

As if to prove the point, – Hamilton posted a wide-eyed mock rant on social media and a picture of a goat in sunglasses.

He also leapt 20 feet into the Med in a wet suit and a baseball cap then put the snaps on â€¨Instagram.

And when he arrived in Canada for the latest Grand Prix , he pictured himself walking down the steps of his candy red Â£30million â€¨Challenger 605 mega jet dressed more like a rapper than a racer.

Hamilton is on social media so often these days he is now as close as anyone can get to their own reality TV series without actually setting the cameras rolling.

But he insisted none of it is for show and said: "I don't want to live as a world champion as everyone expects a world – champion to be.

"I want to live how I perceive a world – champion should be and that is what I'm trying to do – when I'm at the track.

"I just live my life and often take a picture to show where I am. I'm not consciously meaning to put it out there."

Praised by Bernie – Ecclestone for taking F1 to new markets while the sport's other ‘stars' skulk in luxury, hidden from their fans, Hamilton's life is an accidental publicity campaign for a sport with a fading public profile.

The Brit added: "Everyone always has an opinion about what I do.

"It's strange because people say a F1 driver has to fit into this square box: Jim Clark, Gilles Villeneuve, all these drivers that have been fitted in that box.

"Just because I don't doesn't mean it's not good for the sport and I'm not a racing driver or a world champion.

"And it does not mean that I don't care just as much about winning." Daily Record