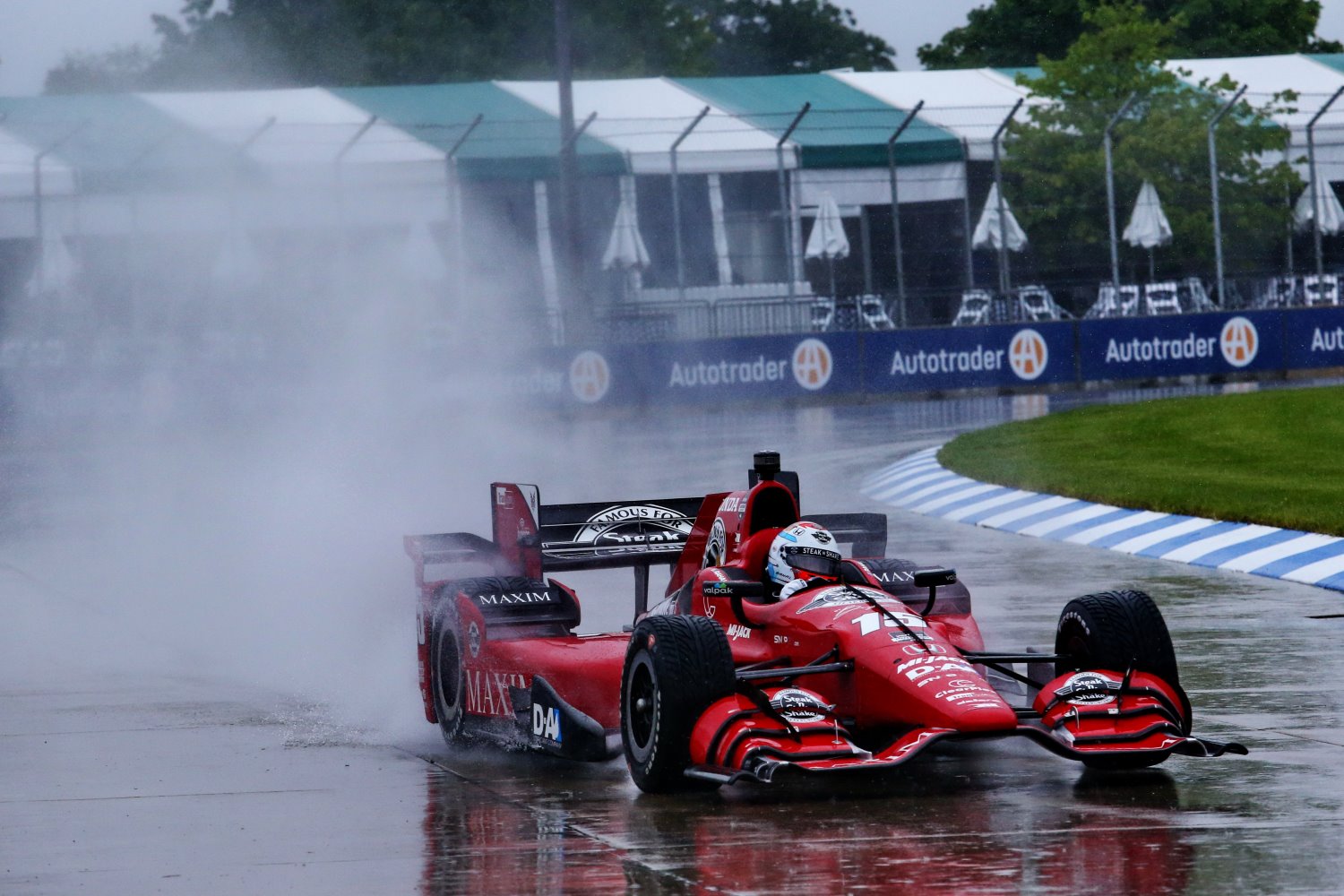 As I watch the last few minutes of the IndyCar Detroit race on DVR, I have seldom been so angry at the gross inefficiency of race control with their pace car policies and incredible time wasted. Also, while I respect the Holmatro crew, why are they so slow when no driver injury is involved? Note the discussion of "you get in, no you get in, no you get in" between Holmatro crew and Scott Dixon while no one tried to get off the track, so adding another yellow lap.

Also, why no drive thru penalties for Sage Karam after punting two cars?

I feel sorry for the drivers who are outstanding, but the length of the caution
periods wasted so much time that would have seen great racing.

Frustrated in the flyover states and withholding name by request

Brian C. here. Thank you for reading AR1 and sharing your thoughts. You raise numerous points all of which could be a separate involved discussion. I'll hit on a few starting with the extended cautions.

Seemingly, every caution period (this is not just IndyCar BTW, but numerous racing series) seem to follow the pattern of:

Obviously, safety has to be a foremost consideration. However, once the track is safe to go green the series should go green. And if they go green the lap the pits open, well then, so be it. No reason to stay yellow for an extra 3 laps to accommodate pit stops, or the field bunching up.

As for Race Control and penalties, I looked at the box score and Karam was actually penalized twice for Avoidable Contact. Interestingly, one of the penalties resulted in a move to the back of the field, whereas the other earned a drive-thru. Check this out from the box score:

Why exactly were Hunter-Reay (NOLA) and Helio (Gp Indy) docked points for avoidable contact, whereas Karam was assessed a penalty in race? Maybe, the fact Hunter-Reay's infraction occurred on the final lap had something to do with it, but generally speaking, I couldn't tell you.

Now, as we know Race Control is not an easy task. Also, Derrick Walker is usually very good at explaining these things, and he reads AR1, so he may see this. However, right now, I can't detect any pattern of consistency. And the questions about consistency are in my opinion, the biggest issue.

I didn't notice the exchange between Dixon and the safety team, but will look for it on the replay. Maybe, Dixon thought he could restart? Not sure.

How many carbon fiber debris flags?

Not sure how many, although this might be a good research project. But the aero bits that have littered the surface have clearly hurt the rhythm of the races. And I do think it's more than fair to ask what benefit the huge expense of developing them has brought. While engineering differentiation is nice to have, shouldn't the larger focus be on improving the commercial side of the sport first?

Hope that helps. Thanks again for reading AR1 and sharing your thoughts.