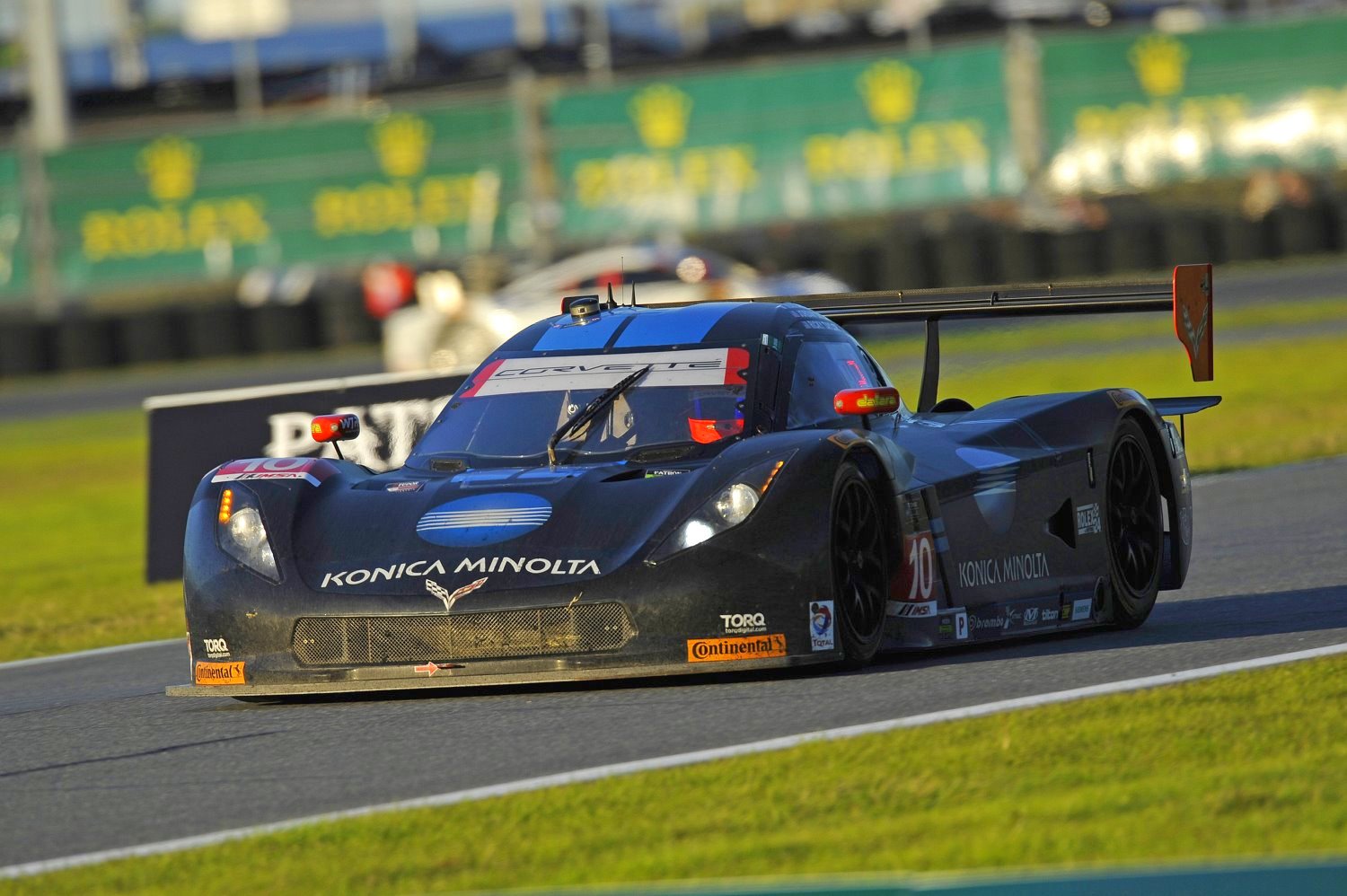 Saturday's Chevrolet Sports Car Classic, part of the Chevrolet Detroit Belle Isle Grand Prix weekend, may not have the history of the Rolex 24 At Daytona or the Mobil 1 Twelve Hours of Sebring, but a victory in the 100-minute event on the streets of Belle Isle carries a similar level of significance for drivers competing in the TUDOR United SportsCar Championship.

"When we pull out the calendar, we put the same big circle around the Detroit race as we do Daytona and Sebring," said Jordan Taylor, who co-drives the No. 10 Konica Minolta Corvette Daytona Prototype with his brother Ricky.

Detroit is, after all, Motor City, and the motor motivating their car is a Chevrolet V8. For the auto industry, this is the home race, and winning there in front of the hometown crowd is huge.

"This is a big race for Chevrolet," said Jordan Taylor, 24, a year younger than Ricky. "Every year we have a big dinner with the executives, and they tell us how important it is to do well there. It's great to be able to fly the flag for them at this event after all the support they've given us."

The Taylor brothers drive for Wayne Taylor Racing, owned by their father. Two years ago, Jordan and veteran driver and frequent teammate Max Angelelli won the race when it was still on the GRAND-AM Rolex Series schedule, and last year, Jordan and Ricky teamed up for a second victory under the TUDOR United Sports Car Championship banner, after GRAND-AM and the American Le Mans Series merged at the start of 2014.

This weekend, the team will be going for a three-peat, but it won't be easy. They'll be going up against three other Corvette Daytona Prototypes – two from the Action Express Racing stable, and one from the VisitFlorida.com Racing team. In addition, the Chip Ganassi Racing with Felix Sabates team of Scott Pruett and Joey Hand would love nothing more than to bring home a win for Ford in their Ford EcoBoost/Riley DP.

And then there's the Michael Shank Racing with Curb/Agajanian Ligier with Honda power, and a pair a Mazda SKYACTIV Prototypes, not to mention seven Prototype Challenge entries, and 10 GT Daytona (GTD) entries that the faster Prototype field will have to navigate around in the 100-minute race on the tight, fast 2.35-mile street course located on Belle Isle Park, a 982-acre island in the Detroit River, which separates Michigan and Canada.

The track has been improved over the years, said Jordan Taylor.

"This year, they've repaved a lot of it and widened it. Unlike most street courses, this one has a lot of high-speed sections – we'll hit close to 170 mph down the back straight, and turns one and two are really quick. The track has a great mix of turns and straights."

It's one of his favorite tracks, not surprising since he won there in the Prototype in 2013 and 2014, and in 2012 co-driving the No. 88 Autohaus Motorsports Camaro GT.R to GT-class honors alongside Paul Edwards.

Taylor is hoping for an easy race, because at 6:30 p.m., he'll board a flight to Paris, then take a train to Le Mans, where he will practice with the Corvette Racing GT Le Mans (GTLM) team. He'll get a half-day of track time in the Corvette C7.R Sunday, then it's back home to Florida on Monday.

This weekend, though, the priority is the Chevrolet Sports Car Classic presented by Metro Detroit Chevy Dealers, which shares the weekend with a pair of IndyCar races, the Chevrolet Dual in Detroit. The Taylor brothers take a lot of momentum into Detroit after a win at the Grand Prix of Long Beach, plus runner-up finishes at Sebring and the Continental Tire Monterey Grand Prix powered by Mazda at Mazda Raceway Laguna Seca.

Live timing and scoring during all on-track sessions is available at IMSA.com and the all-new IMSA smartphone app.