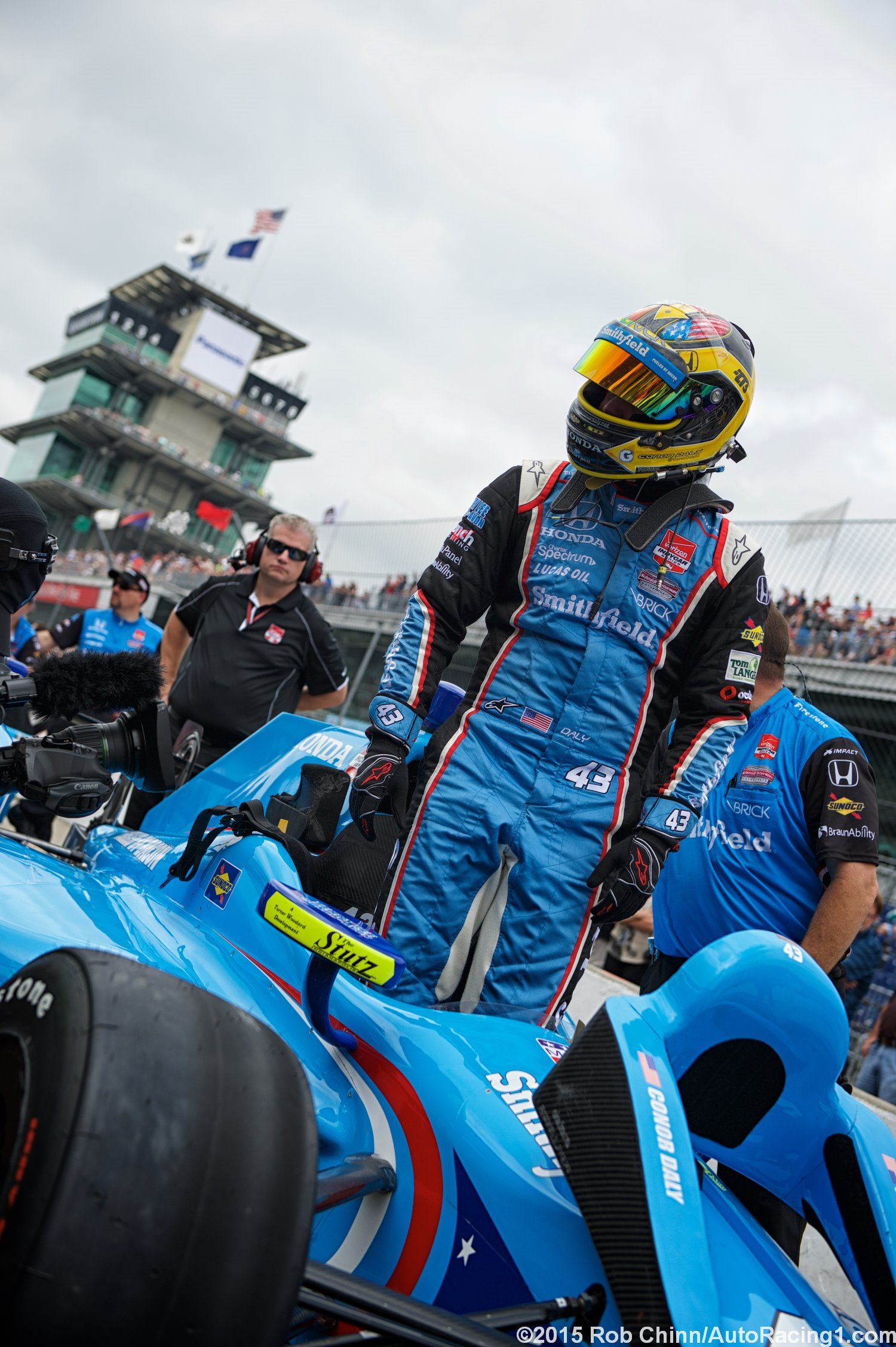 Schmidt Peterson Motorsports (SPM) announced today that Conor Daly will pilot the No. 5 Arrow Electronics car for the "Dual in Detroit" races at Belle Isle Raceway on Saturday, May 30 and Sunday, May 31.

SPM's contracted driver, James Hinchcliffe was injured during practice at the Indianapolis Motor Speedway on Monday, May 18. With an undetermined recovery period, the team will field a replacement driver until the Canadian fan favorite is medically cleared to compete again.

Daly, a Noblesville, Indiana native, drove for SPM in May for the 99th running of the Indianapolis 500. On race day, Daly's No. 43 Smithfield "Fueled by Bacon" Special had a mechanical issue and did not start the Greatest Spectacle in Racing.

Prior to the Indy 500, Daly saw success at the Toyota Grand Prix of Long Beach as a last-minute fill-in driver for Dale Coyne Racing. He earned a 17th place finish and had an average speed of almost one second faster than most of the field on the temporary street circuit.

"I'm honored to have the opportunity to fill in for my close friend James this weekend," said Daly. "I definitely want to thank Arrow Electronics, Lucas oil and all the team sponsors for giving me this shot. I can't wait to continue working with the Schmidt Peterson guys and do the best job I can to keep James' seat warm."

Team owner Sam Schmidt commented, "Conor drove for our Indy Lights team in 2011 and was leading in the championship points when he left for Europe to compete in GP3. We've been impressed with what we've seen from him and after the bad luck at Indy, we're pleased to give a young, American, uprising star another opportunity to compete."

Belle Isle Raceway was the site of SPM's first IndyCar victory, when Simon Pagenaud took the checkered flag in 2013.

The "Dual in Detroit" races are the seventh and eighth on the Verizon IndyCar Series 16-race schedule. Tickets are still available at DetroitGP.com or fans can catch all the action on the live broadcast by tuning into ABC on Saturday and Sunday at 3:30 p.m. ET.