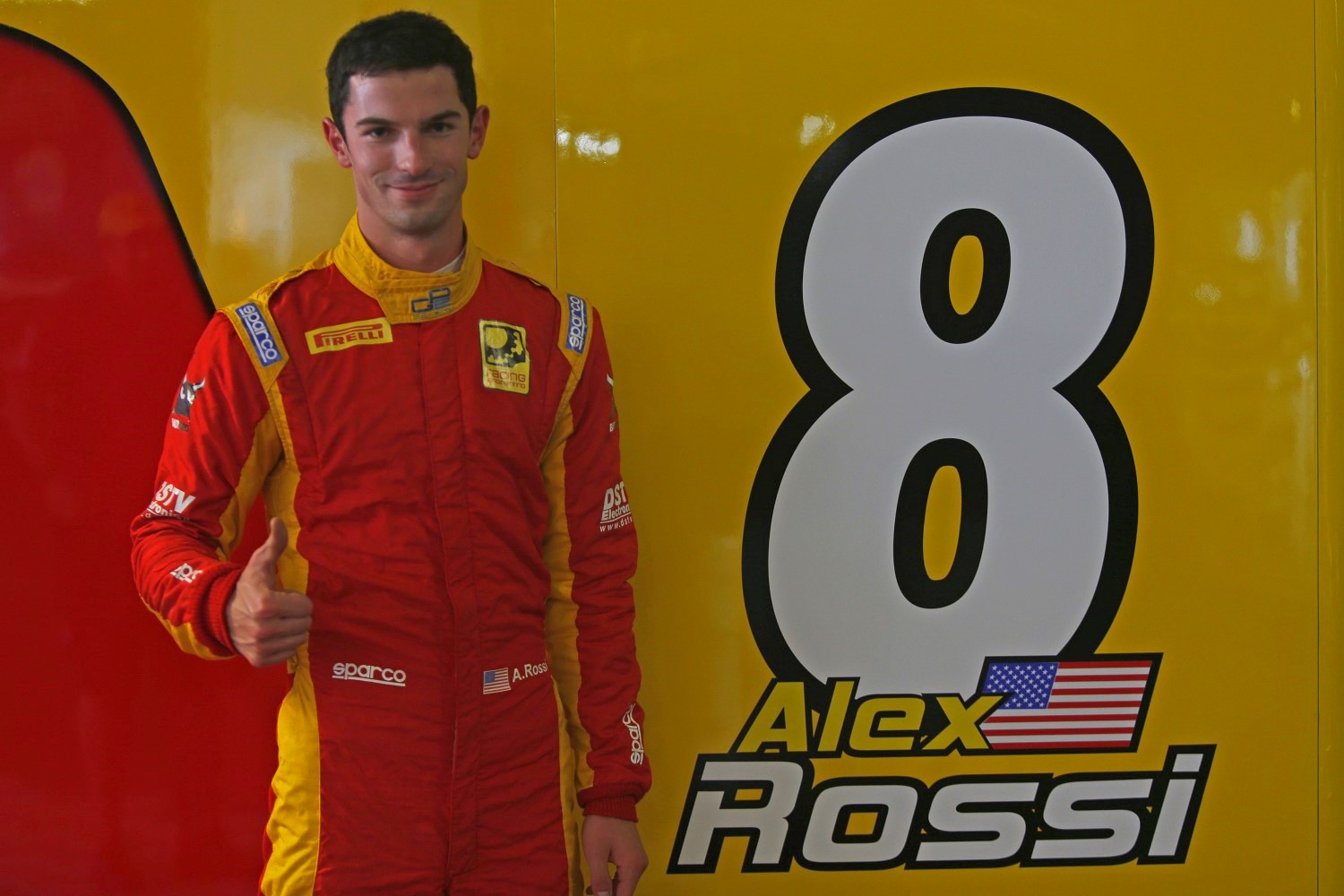 Alexander Rossi has claimed pole position – the second of his GP2 career – in the streets of Monte Carlo in wet conditions. The American driver set a laptime of 1:37.019, half a second clear of his closest rival Arthur Pic in Group B. Quickest in Group A, Raffaele Marciello will start from the front row in tomorrow's feature race.

Group A – Odd numbered cars
Drops of rain started to fall as the thirteen cars of the first group lined up in the pitlane. Some opted for super soft tires (including Series leader Stoffel Vandoorne), whilst others more cautious decided to take to the track on wet tires. The latter option proved to be the best one as the drivers on slick tires struggled on a slippery track on their out-lap. They re-joined the pitlane to switch to wet compounds.

Richie Stanaway was the early pace-setter, but as the rubbers warmed up, laptimes tumbled down and it was Marciello who eventually went top. The treacherous track conditions saw Stanaway graze the barrier and damage his front wing. Marciello however was able to find some extra pace and posted a laptime of 1:40.357 with one minute left on the clock.

Any other final attempt was ruined with late yellow flags courtesy of Daniel de Jong who ran off track at Turn 5 and damaged his nose whilst Zoel Amberg had troubles at Turn 12 damaging his front wing and left rear tire. At the checkered flag, Marciello led Vandoorne, Julian Leal, Jordan King and de Jong.

Group B – Even numbered cars
The track was still wet as drizzle fell. The other thirteen cars all started on wet tires with Rossi quick to set the pace lighting up sectors 1 and 2 in purple on every lap. Halfway through the session, the American dipped under 1m40s effectively making his group the quickest one. Whoever bettered his laptime would become the poleman of the day. Sergey Sirotkin and this morning's fastest man Arthur Pic were working hard toward that goal, but as they both improved, so did Rossi who broke under 1m39s.

On a drying track, Pic moved up to P2, two tenths slower than Rossi. The man from Racing Engineering was not done yet and improved on his next two laps, making it clear to Pic and all of his other rivals that it was his day to shine. On his last effort, Rossi clocked in a laptime of 1:37.019, half a second quicker than the Frenchman. Behind the pair, Sirotkin finished third ahead of Nick Yelloly and Sergio Canamasas.