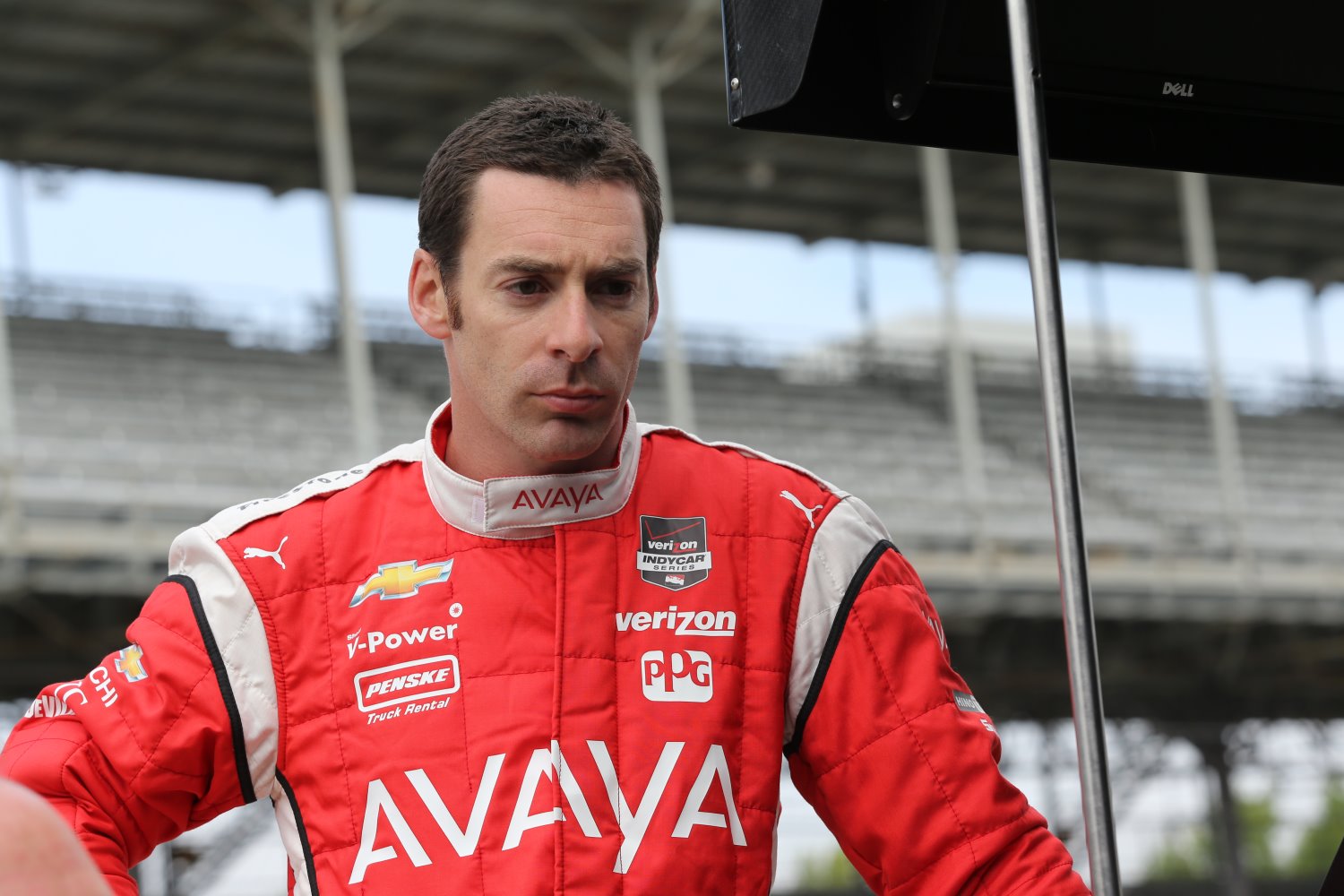 Simon Pagenaud pulled a fast lap of 230.698, narrowly — and we mean, narrowly, as in point-zero-zero-sevenths of a second — edging out Scott Dixon's fast lap set earlier in the day. However, Dixon's laps were set mostly without the benefit of a tow, and therefore is the favorite for tomorrow's provisional pole award. Tony Kanaan was third fastest, Marco Andretti fourth fastest (and hence the fastest Honda). Will Power and Sage Karam rounded out the top 6, who were the only cars in excess of 230 mph.

Yesterday, Carlos Munoz posted a top speed of 230.121, which means that (all things being equal, which they probably weren't, but let's play this one out, shall we?) the extra boost accounted for a little more than half a mile per hour, roughly 1/10th of a second.

After an all-night thrash by the Dale Coyne people, Pippa Mann returned to the track in a newly repaired car. However, not too many parts remained from the car she crashed on Wednesday. Still she managed 6 laps at the end of the day, hitting 225.457, including a 225.072 on a clean track (no tow).

– So to recap, the top of the speed charts look like this: Penske, Ganassi, Ganassi, Andretti, Penske, and Ganassi. Even without the variable of Honda versus Chevy, one would expect "the usual suspects" to be at the top of the speed charts. The general consensus is that the two camps are evenly matched this year in terms of equipment, but perhaps not in quality of teams.

– The teams would have to pick up over 1 second per lap to endanger Arie Luyendyk's one lap record of 37.895. At the current pace, a 4-lap run would be 2:36, which would be slower than last year's Pole time by Ed Carpenter (about 2/10 of a second slower). So if there was talk about a "new track record" this year, it doesn't appear to be a remote possibility this year.

– Buddy Lazier's Chevy found its way to the track, turning 8 laps and posting a fastest lap of 216.103 with nary a tow in sight. It left him last on the speed charts for the day.

– Katherine Legge's announcement earlier in the day (that she was forming an "all girls" motor sports team) left open a lot of questions. Sponsorship is always tough to get, certainly in large enough quantities to run an IndyCar team. And after all, if one of us had a $10 million sponsor, wouldn't we also be a team owner?