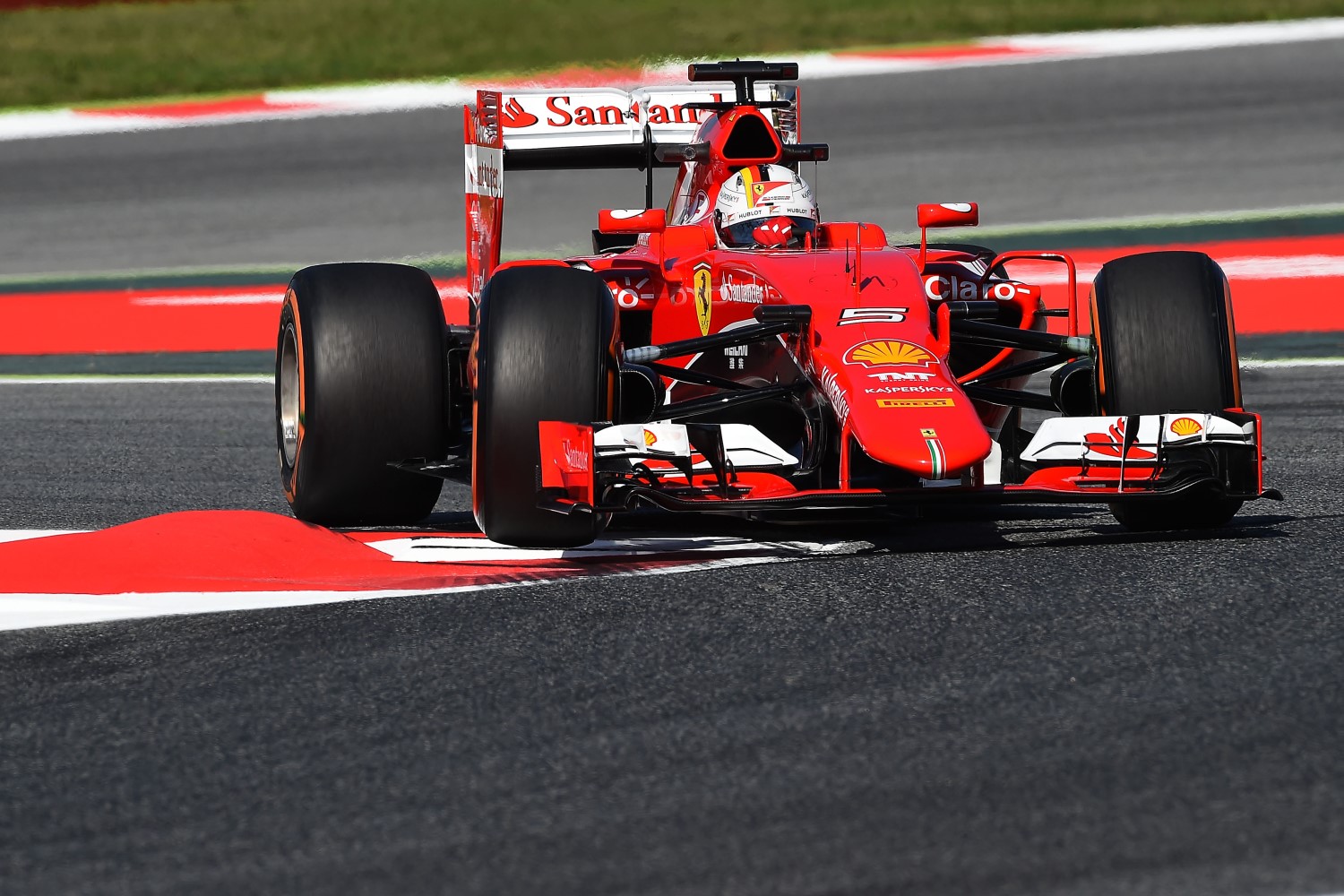 While Mercedes had been almost a second clear of the field in the opening practice session, Hamilton was pushed more closely by Vettel as Ferrari looked more competitive on the medium tire. Hamilton's time of 1:26.852 left him a little under half a second clear of Vettel, with Nico Rosberg in third but 0.75s off his teammate.

Kimi Raikkonen was fourth after complaining of a lack of grip on his opening run on medium tires, with the Finn improving on his second flying lap to set a 1:27.780. Raikkonen was also unhappy late in the session, saying he wasn't learning anything towards the end of his long run.

While Red Bull again struggled with reliability problems – having completed just 16 laps in total in FP1 – there was some encouraging pace shown by Daniil Kvyat. Running with a new nose, Kvyat was fifth fastest and less than 0.2s slower than Raikkonen. Max Verstappen was with 0.1s of Kvyat as well, albeit 1.1s slower than Hamilton's time.

Jenson Button was an encouraging seventh quickest for McLaren, running an upgraded MP4-30 which also includes a new livery. However, Button said on Thursday he is more interested in the gap to the front than the overall position, and he was 1.6s slower than Hamilton, leaving him half a second behind Verstappen.

Valtteri Bottas, Carlos Sainz and Felipe Massa rounded out the top ten, with Fernando Alonso in 11th the only other driver within two seconds of Hamilton's time.