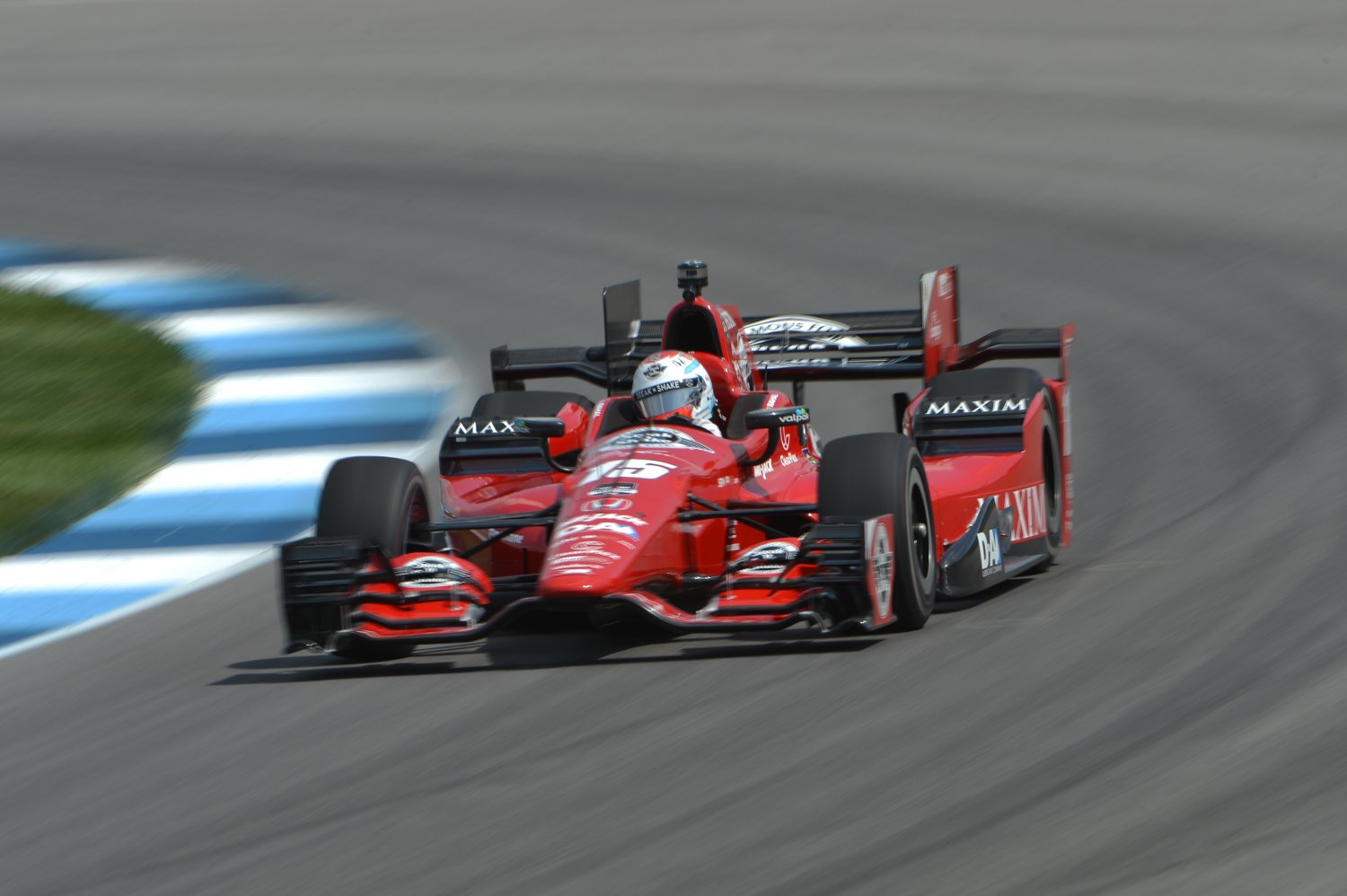 Graham Rahal believes that the Honda aero package needs to be improved across the board if it is to regularly compete with rival Chevrolet on IndyCar's road and street courses this year.

Rahal ended the opening day of practice for this weekend's race on the IMS road course as the quickest of the Honda-powered runners, but he was still more than 0.4 seconds off the pace, and admitted that the gap will be difficult to breach.

"I don't know where half a second is going to come from, but we're going to try awfully hard to try to find it.

"I think at this point we just have to find a little bit everywhere.

"The car is pretty hard to drive. It's pretty pitch sensitive. You find you're sideways more than you're pointed straight.

"If you're doing that [and] it's fast, that's okay. That's where we've been this year.

"It's not typically how I would have set up a racecar, but it's worked for us so far.

"I think the guys at Honda are working awfully hard at digging away to find more power, a little less drag. We'll have to see how it plays out.

"At this point we have just got to do what we have to do to try to make the thing go a little bit quicker.

"Us as a team, we've never had it in a wind tunnel or anything like that. We're just kind of having to keep it pretty simple and do what we need to do to help improve the car." Autosport