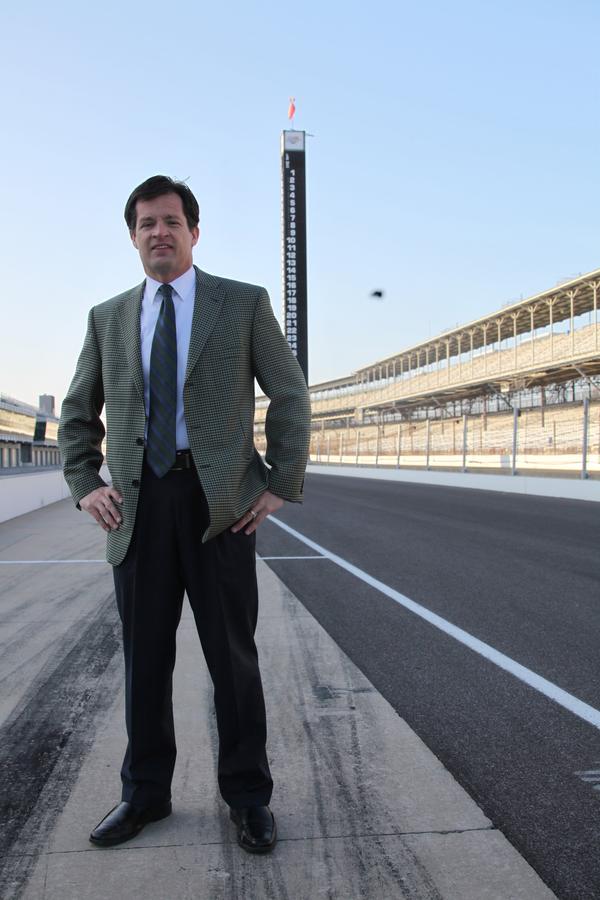 The all-electric Formula E race series has been so successful in its first year that some insiders are talking about its open-wheel race cars competing at the Indianapolis Motor Speedway and perhaps even filling the grid of the Indianapolis 500.

That conversation is being fueled by the similar look of Formula E and IndyCar race cars-both are designed and built by Dallara-and the quality of drivers migrating to the world's newest open-wheel series.

IndyCar team owner Michael Andretti's participation as a Formula E team owner and race promoter is revving up speculation. Andretti has quickly become one of the biggest boosters of the new series, which staged its first race in Beijing in September and its first U.S. race in Miami in March.

And while the driver hoisting the Borg Warner Trophy might not be piloting an electric car in the next few years, Indianapolis Motor Speedway officials are intrigued about bringing Formula E to the Brickyard.

"This series is in its infancy, but it's absolutely worth paying attention to," said Speedway President Doug Boles.

He confirmed that IMS and Formula E officials recently have had "introductory conversations."

"We want to understand what this series is about and what their business model is," Boles said.

Formula E CEO Alejandro Agag said the 11-race series is interested in expanding-including in the United States-but declined to say which cities or venues might be targets.

While Boles said he doesn't see a Formula E race running at the IMS in May anytime soon or as a support race for the Brickyard 400 in July or MotoGP motorcycle race in August, it initially might run in conjunction with a sports car race at some point during the racing season.

"The Formula E model is to have stand-alone events, and I don't think it could be a stand-alone race at [IMS] in the near future," Boles said.

But what about the possibility of the IndyCar Series going electric or the Indy 500 becoming part of the Formula E circuit?

IndyCar President of Competition and Operations Derrick Walker said the IndyCar Series is not thinking about converting to electric cars, but, "You never say never."

Andretti has little doubt the Indy 500 eventually could run with electric cars.

"It's amazing what they're coming up with [regarding] that technology," he said.

And he believes bringing electric cars into the hyper-competitive environment of auto racing will push that technology forward faster.

"When you start getting competition, they are going to be building cars that can go 300 to 400 miles on a charge," Andretti said. More at IBJ.com