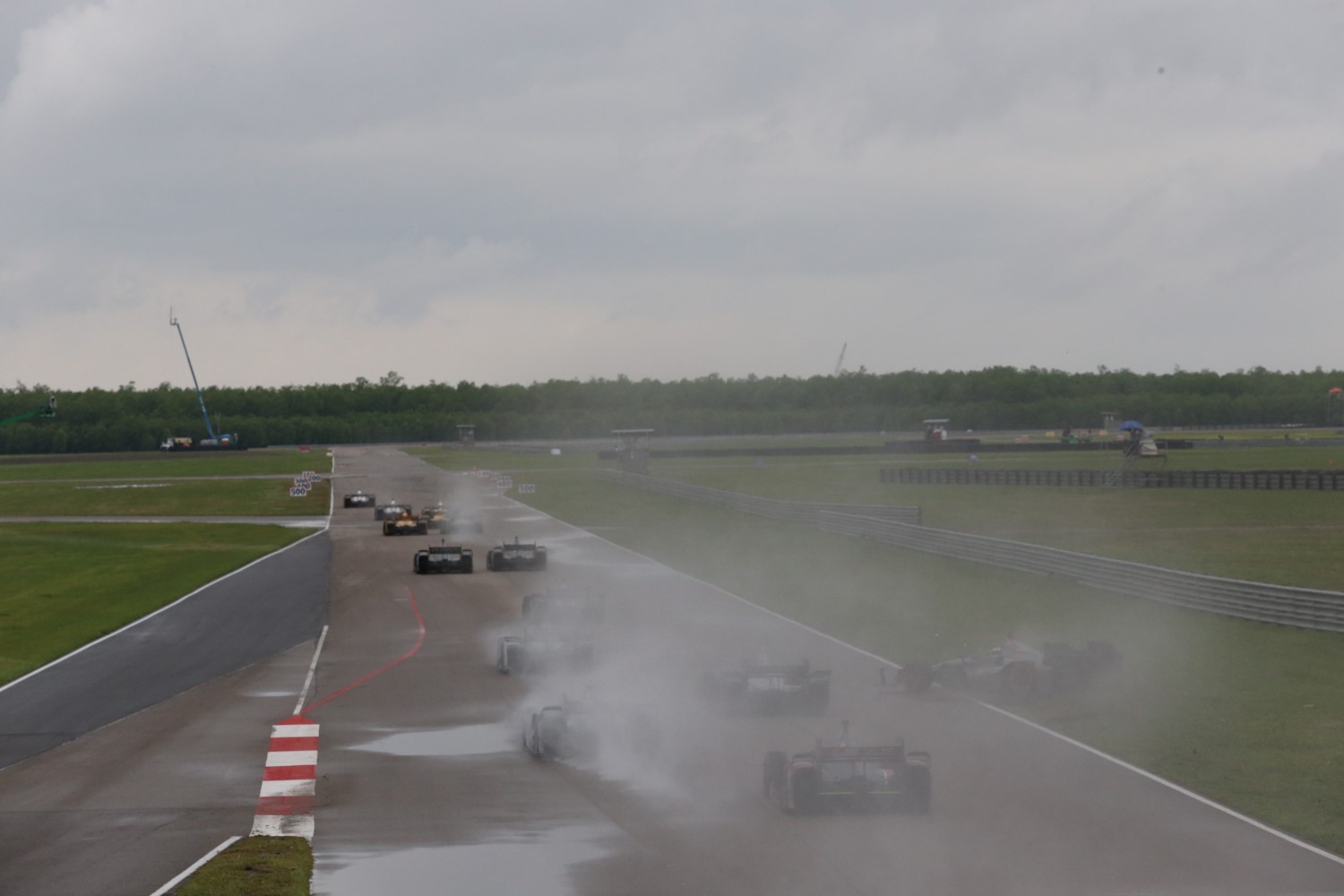 IndyCar moving up the start of today's qualifying session was a good move from the perspective that it did allow them to avoid the rainy weather, which started in earnest shortly after Helio Castroneves won pole. Although, it should be noted that both Josef Newgarden and Simon Pagenaud said they wished it had rained for the Firestone Fast 6, as they believe their chances to win pole would have been better.

Speaking of rain tires, Firestone is going to change the compound of the wet tires to make them softer. This will apparently occur without changing the thread pattern, rather by making the tires 'grippier'.

Firestone is also planning a colored stripe of some sort a la the 'Red' alternate tires, so fans know who is running what tires.

Apparently, this suggestion came at the behest of the teams, and the new tire is scheduled to debut at Toronto.

Quick afternoon update from Barber Motorsports Park. It's very overcast and dreary here today. One of those days that won't make up its mind so to speak.

For now, our expert reading of the weather shows that rain will likely appear somewhere in the Birmingham area today, although it could miss Barber Motorsports Park, if that makes any sense. Also, if it does rain it is likely to be of the thunderstorm variety, so it's theoretical we could have a session featuring both dry and wet and qualifying. We'll see.

Just an observation: however Will Power seems very focused today. Early in the year he has been somewhat relaxed compared to previous years. This is probably a function of finally getting over the hump last season and winning that first championship. However, after disappointing weekends at NOLA and Long Beach combined with surrendering the lead to Juan Pablo Montoya late in the race at St. Pete, it seems Power is all business this weekend.

Lucille Dust and Brian Carroccio contributed to this report