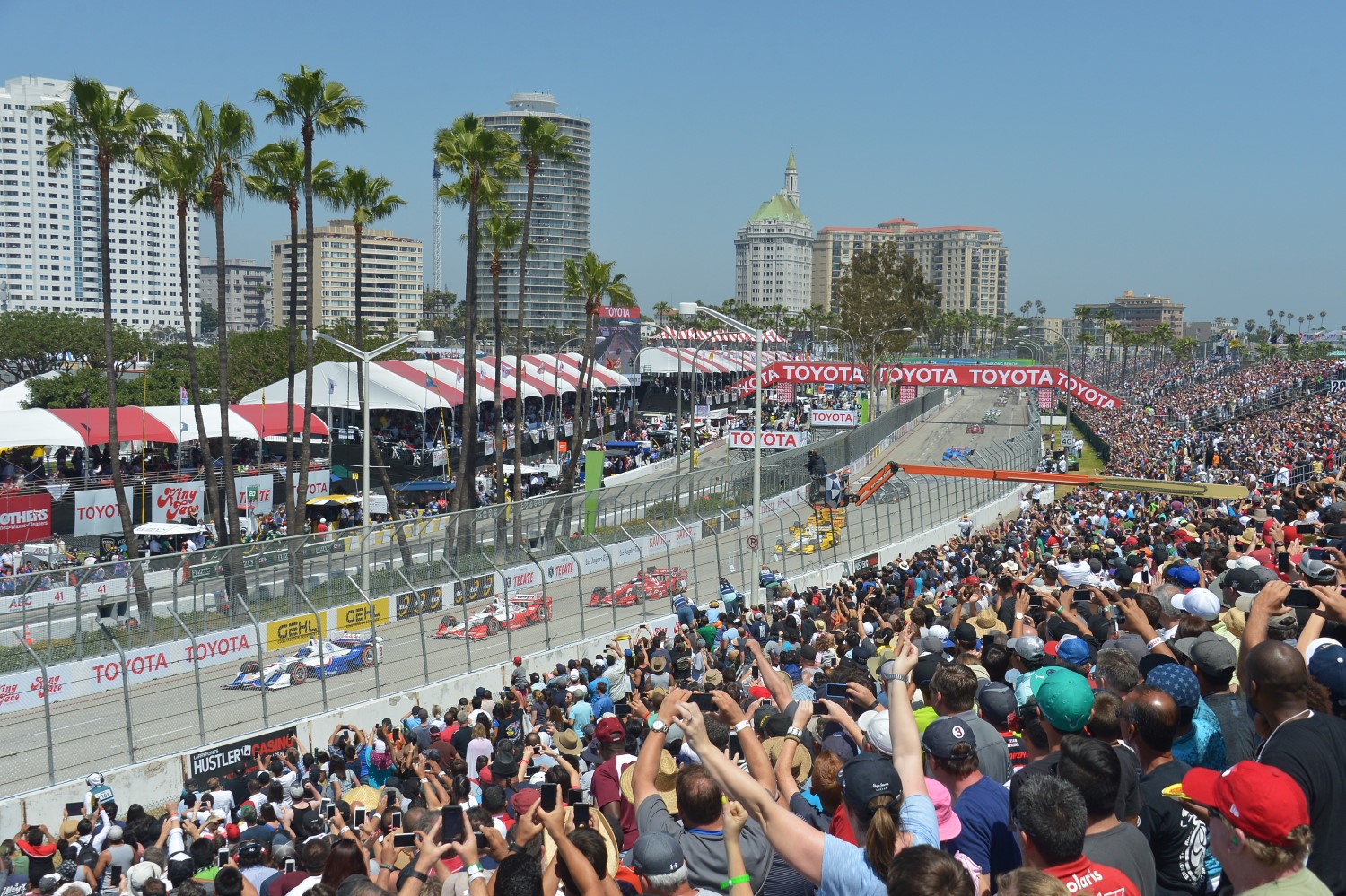 Just about everything associated with the 41st extravaganza proceeded unabated.

"Our team should be proud of the face that they put on the best-run event we've had in 41 years," said Jim Michaelian, president and CEO of the Grand Prix Association of Long Beach. "I've gotten a lot of thumbs up and 'I've had a great weekend' from people."

Michaelian said attendance surpassed 181,000, making the three-day event the most-attended in the past dozen years. INDYCAR's agreement with the organizing body runs through 2018.

Mark Miles, CEO of Hulman & Co., the parent of INDYCAR, said Long Beach is part of the "foundation of the series" and "very important." The event weekend followed strong attendance at the season-opening Firestone Grand Prix of St. Petersburg and, though plagued by rain, promise for the Indy Grand Prix of Louisiana at NOLA Motorsports Park.

The Long Beach event's sustainability and success through the years mostly correlates to the Grand Prix Association's relationship with city and regional government.

"At the time, the venue itself doesn't look anything like it does now, but that was one of reasons (City Council) were receptive to the idea of running the race in the first place," Michaelian said. "If it had been all developed it conceivably would have been much more difficult for us to impose a race into an environment that already was developed.

"So, as a consequence of that, the race and the city really grew together. There have been administration changes over the years, but the overall reaction has been positive to maintain that relationship. The success of the event and the cooperation of the city are linked in a very substantial way."

Long Beach's longest-running annual entertainment event is a multimillion dollar economic boost for the city and Los Angeles County, and a local charitable component is prevalent.

At the outset, in an effort to "return something to the community," according to Michaelian, the Grand Prix Foundation was formed. Over the years, it has contributed more than $2.8 million to Long Beach charities. The foundation has supported organizations including Miller Children's and Women's Hospital Long Beach and Operation Jump Start, which provides mentoring services to local youths.

Nonprofit organizations, such as Meals on Wheels Long Beach, also were among those raising funds by operating concession stands.

"This one is definitely a standout just because of the history and the prominence," said Dixon, who won for the first time in his ninth Long Beach start. "Today, even yesterday in qualifying, the grandstands were packed. That's what IndyCar racing needs. I kept saying to people, 'Man, I can't believe how many people are here.' It was just a fantastic weekend. Hopefully we can build on other races to a similar level to what everybody has done here with the Grand Prix."

Rodolfo Gonzalez will make his Verizon IndyCar Series debut in the No. 18 Dale Coyne Racing Honda this weekend in the Honda Indy Grand Prix of Alabama at Barber Motorsports Park.

Gonzalez, 28, of Caracas, Venezuela, tested with Dale Coyne Racing and Schmidt Peterson Motorsports in the offseason, including on the 2.3-mile, 17-turn Barber Motorsports Park road course.

"Very thankful for the opportunity, " he said.

Two-time Indianapolis 500 winner Arie Luyendyk will lead the field to the green flag in the Honda Indy Grand Prix of Alabama in a 2015 Honda Accord Safety Car.

Prepared for its track duties by Honda R&D Americas in Raymond, Ohio, the Accord features a production-based 3.5-liter V-6 engine that now produces 400 horsepower, in addition to increased torque and six-speed transmission. High-flow fuel injectors and the engine MAP sensor are mated to a single Borg-Warner turbocharger with hand-crafted intake, intercooler and exhaust systems.

KVSH Racing driver Sebastien Bourdais will compete in three V8 Supercar races this fall, co-driving for Walkinshaw Racing in the Sandown 500, Bathurst 1000 and Gold Coast 600 events. … Verizon IndyCar Series drivers Marco Andretti, Gabby Chavez and Takuma Sato will visit with associates at the Honda Manufacturing of Alabama auto assembly plant in nearby Lincoln, Ala., on April 23.