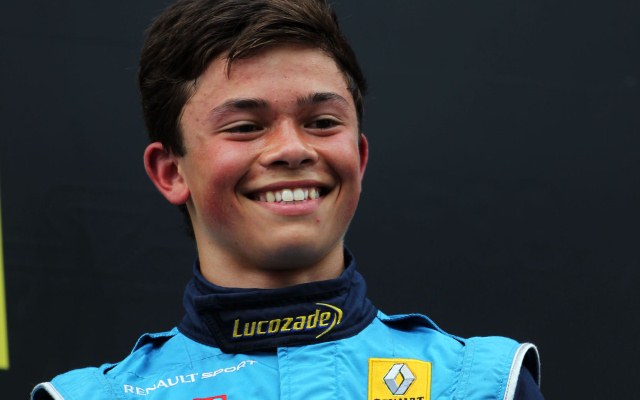 McLaren young driver Nyck de Vries has set his sights on securing a race seat with the Honda-powered Formula 1 outfit for the 2017 campaign.

The Dutchman, 20, will compete in Formula Renault 3.5 with champion team DAMS this season, having claimed last year's 2.0-litre Eurocup and Alps titles.

With Fernando Alonso and Jenson Button both on multi-season deals, de Vries hopes he can impress the team enough over the next two years to earn a call up.

"McLaren has signed its current drivers for two years. That means there is possibly a place for 2017 – that's really the goal," de Vries explained to GPUpdate.net.

"In my opinion, it's completely in my hands. As long as I can prove my worth in the next two years… I'm convinced that through my performances I can earn a chance. I fully believe in it."

While de Vries is hopeful of a strong start in FR3.5, he understands the task ahead of him.

"I know I'm at DAMS, the champion team of the last two years, and I know the guys who have moved from 2.0 to 3.5 with them in recent years have done very well, but I won't let myself be fooled," said de Vries.

"From the outside it always looks easy when a team or a driver is dominating, but through the years I have found out that it never comes easy and that you can take nothing for granted.

"The differences are so small and the line between winning and losing is so thin."

Kevin Magnussen and Stoffel Vandoorne are also vying for future seats at McLaren; Magnussen is in a reserve role after losing his drive at the end of 2014, while Vandoorne leads this year's GP2 standings. GPUpdate.net