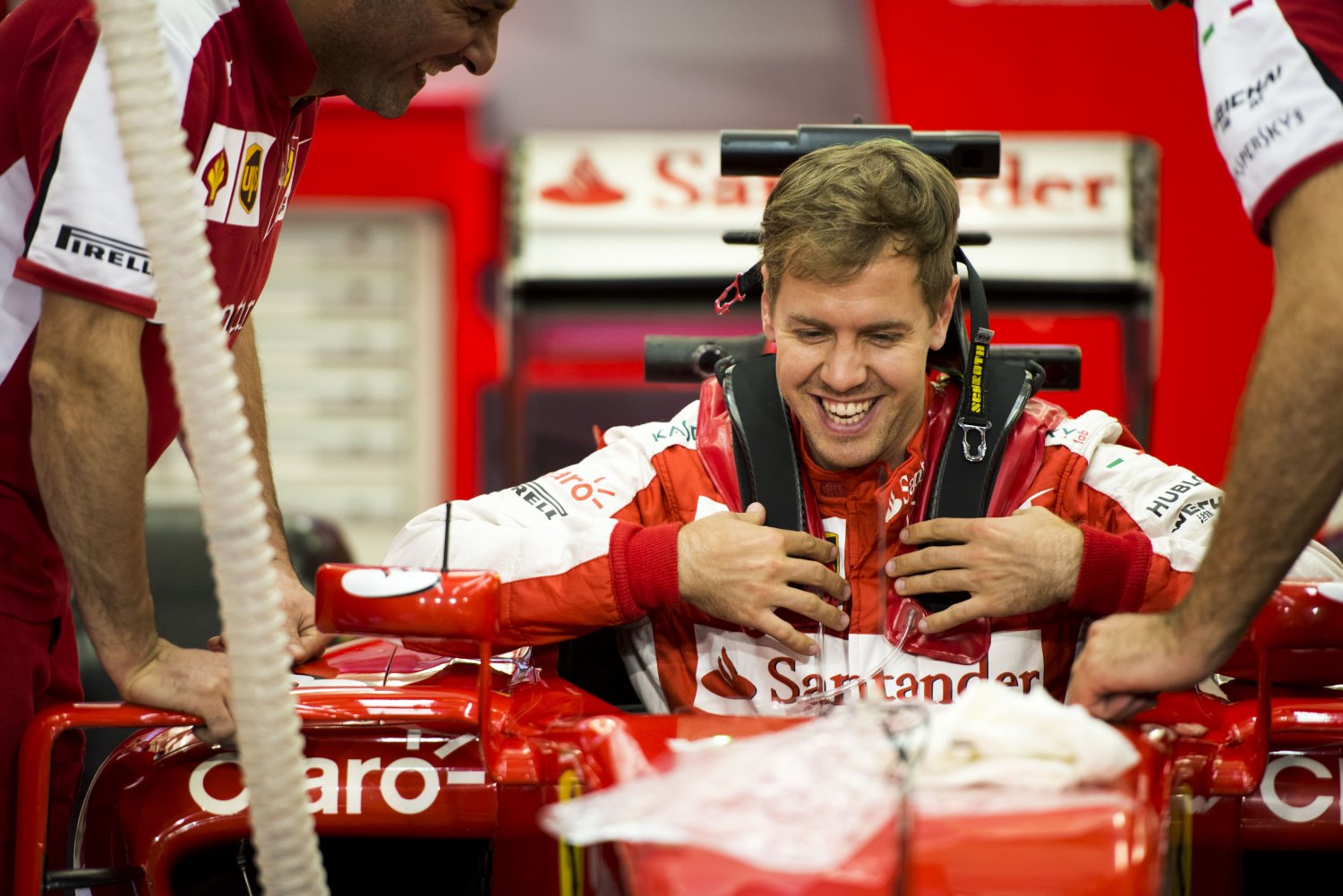 (GMM) Sebastian Vettel has escaped a grid penalty ahead of the Bahrain grand prix.

During Friday practice at Sakhir, the German collided with Force India's Sergio Perez at the first corner, just after emerging from the pitlane.

Stewards looked into the crash but did not apportion blame.

"I hit the brakes but suddenly there was a blow and I couldn't brake properly," said the Ferrari driver.

It is at this point that the plot thickens.

"Some team managers were not satisfied with this (Vettel's) statement," Auto Motor und Sport reports. "The FIA was asked to watch the video images once more."

Indeed, closer inspection of the replays showed that Vettel's right front wheel was clearly loose in the moments before he hit Perez.

In F1, an 'unsafe release' from the pits normally attracts a grid penalty. Vettel is tipped to challenge the dominant Mercedes cars this weekend in Bahrain, so a penalty of that nature would have been costly.

The stewards did not rule on the matter until Saturday, in the hours before qualifying.

Kimi Raikkonen had a similar issue in Melbourne. "Some have even suggested that Ferrari has instructed its drivers to refer to brake problems in such cases," Auto Motor und Sport added.

The report said stewards discussed the Vettel case at length, but ultimately decided not to penalize him.