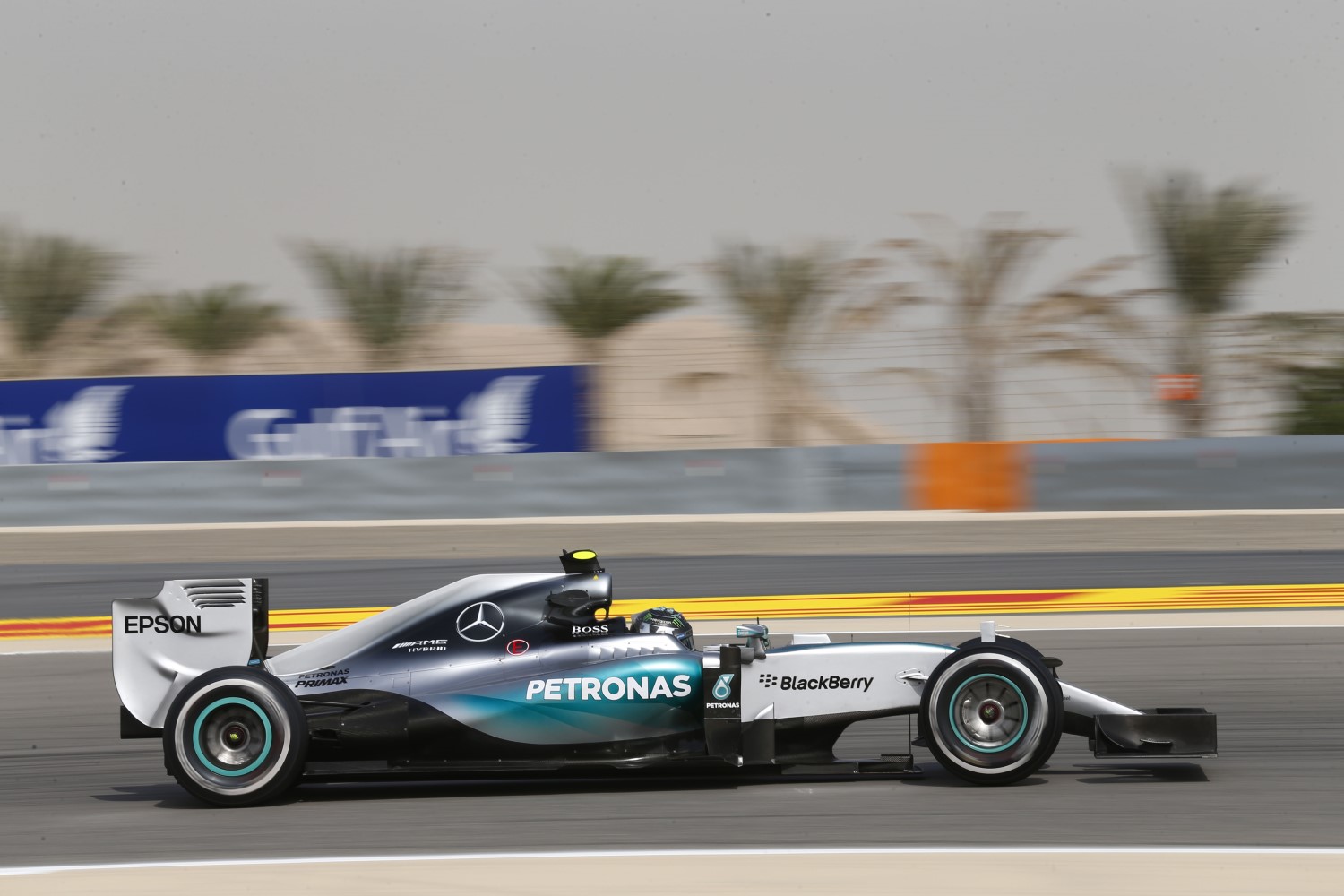 Kimi Raikkonen was third for Ferrari, a tenth ahead of teammate Sebastian Vettel who suffered some damage to his front wing after contact with Sergio Perez's Force India at the first corner with just over 10 minutes remaining, dropping debris on track that brought out the red flag for three minutes.

Williams driver Valtteri Bottas was fifth fastest time, six-tenths off the pace, but ahead of Daniel Ricciardo was sixth-fastest for Red Bull Racing,