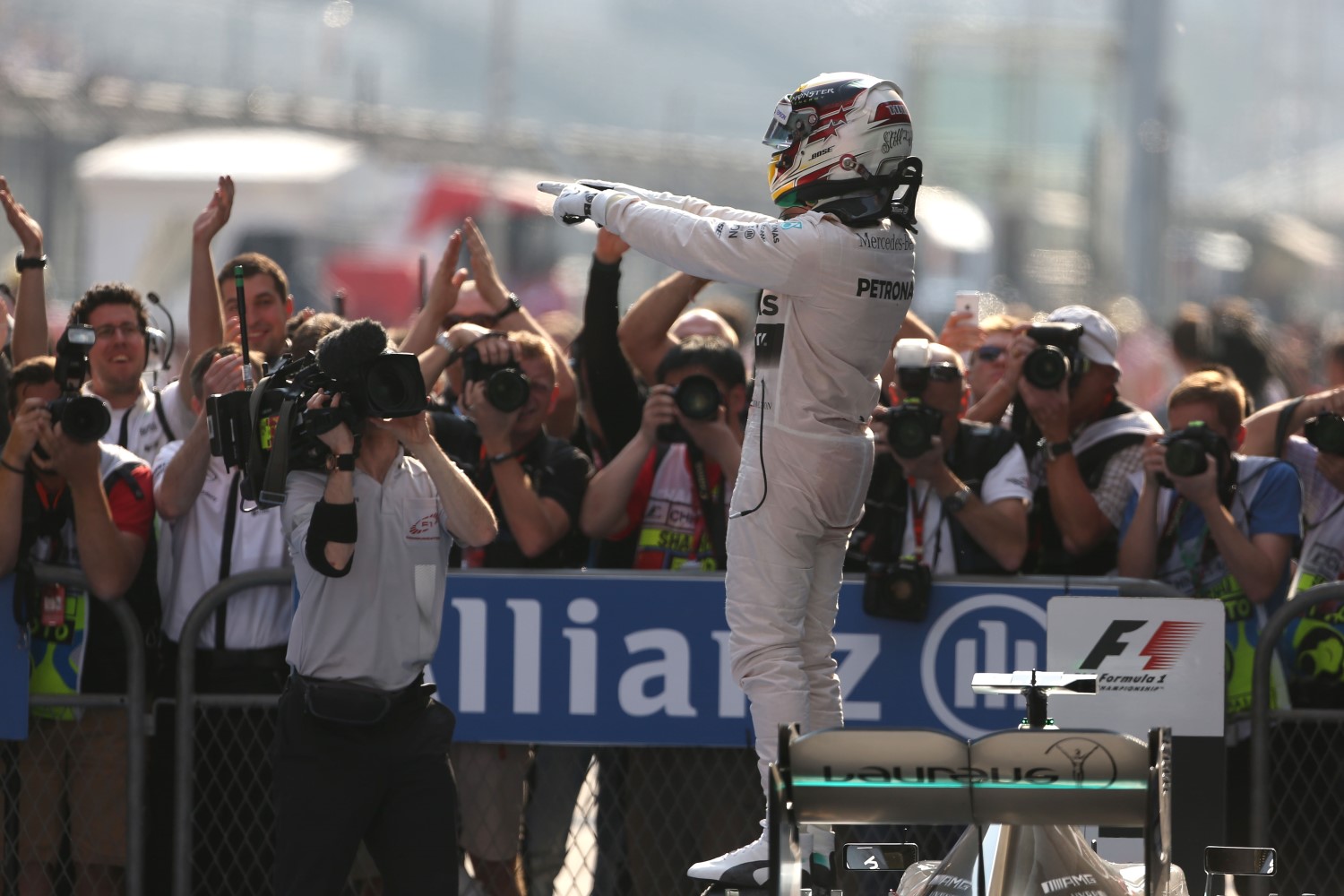 Lewis Hamilton
I was really buzzing after the result in China and I have to say a big thank you to the team for the amazing job they did all weekend. As always, though, my thoughts have been completely focused on the next race from the moment we left the circuit on Sunday. It's been a great start – but for me last season showed that you can never feel too comfortable and that's even more the case this time around with Ferrari right there with us. I don't actually have the best record in Bahrain compared to other circuits. Last year was my first win here and it was definitely one I'll remember after a great fight with Nico. That's what I love about racing and it's a special feeling to come out on top in a battle like that. I'm in a good place right now. The momentum is with me, so the target is to carry that on and hopefully repeat last year's performance.

Nico Rosberg
China was a frustrating weekend for me and I'm glad we have another race right away to get straight back to work. The team has made a great start to the season and, with this incredible car they have built, I know I just need to find a little bit more in myself to get back to the top step. I've never won in Bahrain but I've taken the last two pole positions here and also set the fastest lap at this circuit on my Formula One debut, so I know I have the pace. Of course, everyone remembers the race last year and it would be great for the fans if we can put on another great show for them this time. If we can do that but with the two top steps in a different order it would be fantastic! It won't be so easy with the competition breathing down our necks. But that makes for even more exciting racing, so I'm looking forward to a great battle and I'm determined to come out on top.

Toto Wolff, Head of Mercedes-Benz Motorsport
After the wake-up call in Malaysia, it was satisfying to see how the team pulled together for the race in China. We did our homework, made improvements and scored a strong one-two finish. But China also confirmed that Ferrari will be a threat in all conditions this year, not just when it's very hot, and that we will have new challenges to face as a team, with another competitor who is much closer to our level of performance. We saw tensions between Nico and Lewis in the race and we tackled them directly on Sunday night to stop anything carrying over to this weekend. When you have intense competition, it's normal that it causes emotions to run high – and that's not something we want to change. But both drivers are now very focused on delivering maximum performance in Bahrain and our package should cope well with the demands of the circuit. We maintain our philosophy of letting the drivers race – but they both know that the number one priority for the team is to win for Mercedes-Benz.

Paddy Lowe, Executive Director (Technical)
We were very happy with the weekend in China. It was good to have such a smooth weekend in the garage and all credit to the team in Shanghai and back at the factories for the preparation that went into this race. Looking ahead to Bahrain, last year saw arguably the best race of the season at this circuit – something we very much hope to see once again. It was the first night race in Bahrain and the two battling Silver Arrows looked spectacular under the flood lights. This is an event where our paint shop team show off their great work to best effect! Qualifying and the race both take place in darkness, where track temperature is very similar to ambient, while practice takes place in far hotter track temperatures earlier in the day – presenting a particular challenge to optimize the car. The circuit is also hard on both fuel consumption and brakes, so it will be an interesting weekend and no doubt another tough contest on track with the team from Maranello.

At the Bahrain Grand Prix