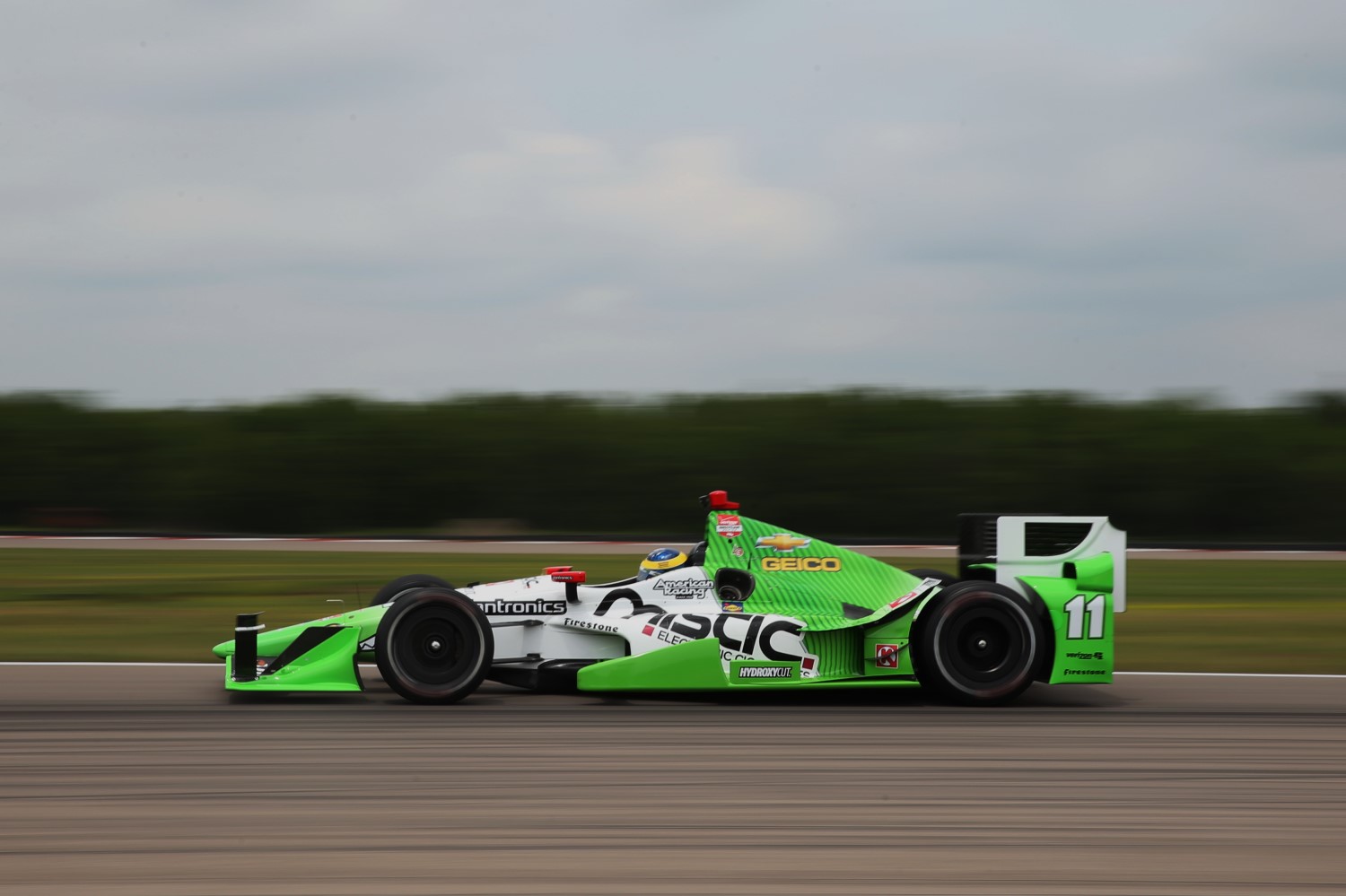 "It was a weird race obviously. We held our own throughout the race getting as high as fourth. The Mistic-Circle K car ran good in the wet and ran good as the track transitioned. Then the race just became a succession of cautions with restarts after restarts during which I made a couple of spots and lost a couple of spots. Because of all the cautions there were different strategies and as they played out we ended up having to pit when everybody behind us had already done so.

"The guys in back cycled to the front and we cycled to the back with the leaders. Then with all the cautions, the guys in back were able to stretch their fuel and on the last restart I was on the inside and Ryan (Hunter-Reay) came up and made it three wide with Simon (Pagenaud). Ryan pushed Simon into the grass, he then came back on track with no control and could not avoid collecting me ending our race. It was never going to be a good day, but now with the damage to the car it is a shame because this was going to be my Indy 500 car."

"The race started on wets and the No. 4 Variable Bore Rams – KVRT car was quick. I managed to go from 20th to 10th before I pitted around lap 12 for slicks. When I started pushing, the yellow flag came out a few laps later and on the restart I tried to pass on the straight but found a big puddle. This caused me to spin and hit the barrier hard and I had to return to the pits to change the rear wing.

"The crew did a great job because the studs on the gearbox that mount the new rear wing had broken off, so they had to fixed that first and in the end managed to get me going, but three laps down. The rest of the race was pretty much under yellow and there was nothing I could really do to catch up. It wasn't the result that we expected and I feel bad for my sponsor this weekend Variable Bore Rams, Inc. We had good speed all weekend and the team gave me a great so we will see what happens at Long Beach next weekend."