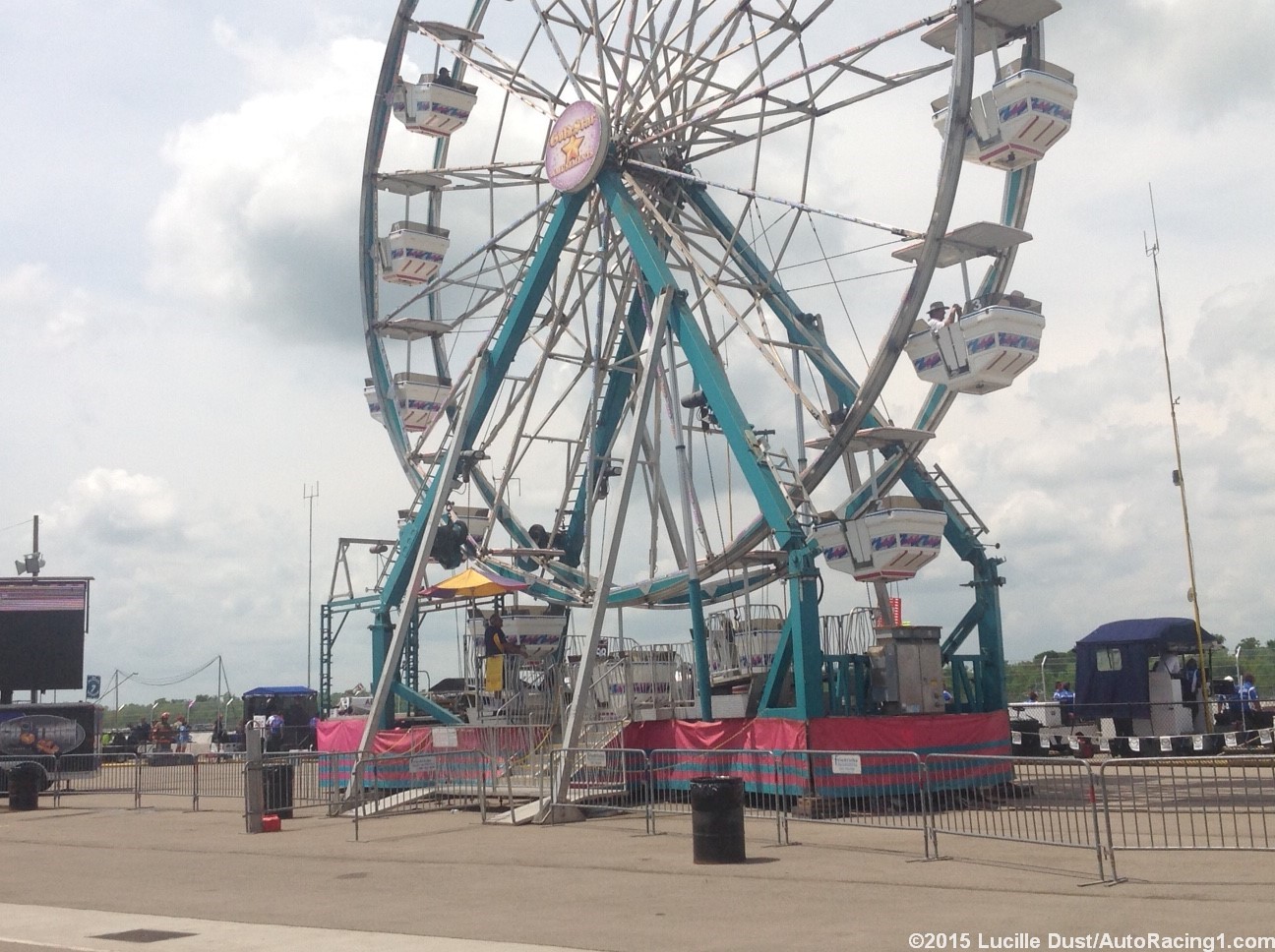 By now, we imagine you've seen the race and know the results. It was by any measure a difficult weekend for the series and there are many issues that need to be addressed going forward. Look for Brian Carroccio's NOLA Postscript sometime this week to cover a few of those subjects.

One thing that was encouraging being on-site was the passion of the fans at NOLA. Their patience was certainly tested throughout the weekend, and there were parking issues and such that you usually get from a new event. However, none of what happened seemed to dampen their enthusiasm. Hopefully, the series can address some of the issues that happened both on track and off and put on good shows at the track for years to come.

I also had the pleasure of meeting NOLA track designer Alan Wilson and his wife Desire today. They currently live in Utah near Miller Motorsport Park and made it back to New Orleans for the weekend. You likely remember Desire for her career on track, which included two South African Formula Ford championships in the early 1970s, and starts in the 24 Hours of Le Mans, Daytona and Sebring. She attempted to qualify for the 1980 British Grand Prix and ran in the 1981 non-championship South African Grand Prix.

Desire also made 11 Indy car starts in CART in the 1980s, scoring a best finish of 10th at Cleveland in 1982. She attempted to qualify for the Indianapolis 500 three times, but never made the race.

Alan, who notes his favorite motorsports publication is AutoRacing1, spoke at length on a variety of subjects, including the changes to the layout at NOLA. We took some notes and will hopefully share Mr. Wilson's thoughts in more detail at a later time.

I checked with Dale Coyne Racing on the status of crew member Todd Phillips, who was hurt when Francesco Dracone spun on pit road. Todd is a longtime member of the paddock and used to work for Newman-Haas. We all breathed a sigh of relief when learning that he has some minor cuts to the leg. But all indications are he is ok.

General gossip around the paddock said that Honda is getting better fuel mileage than Chevrolet. This is interesting to note as you might remember Honda dusted Chevy in the fuel mileage department last year during the wet-weather Houston weekend. Hmmm…?

We also heard that Team Penske really struggled with the balance on their cars all weekend. Keep in mind, owner points set the field today not sheer speed. The reality is the Penske boys struggled this weekend, and were not the dominant force they were in St. Pete. This is odd considering they were one of the teams that tested at NOLA.

We appreciate all of you taking the time to read AutoRacing1. Mark Cipolloni, Brian Carroccio and I will all be in Long Beach next week. Be sure to check in.