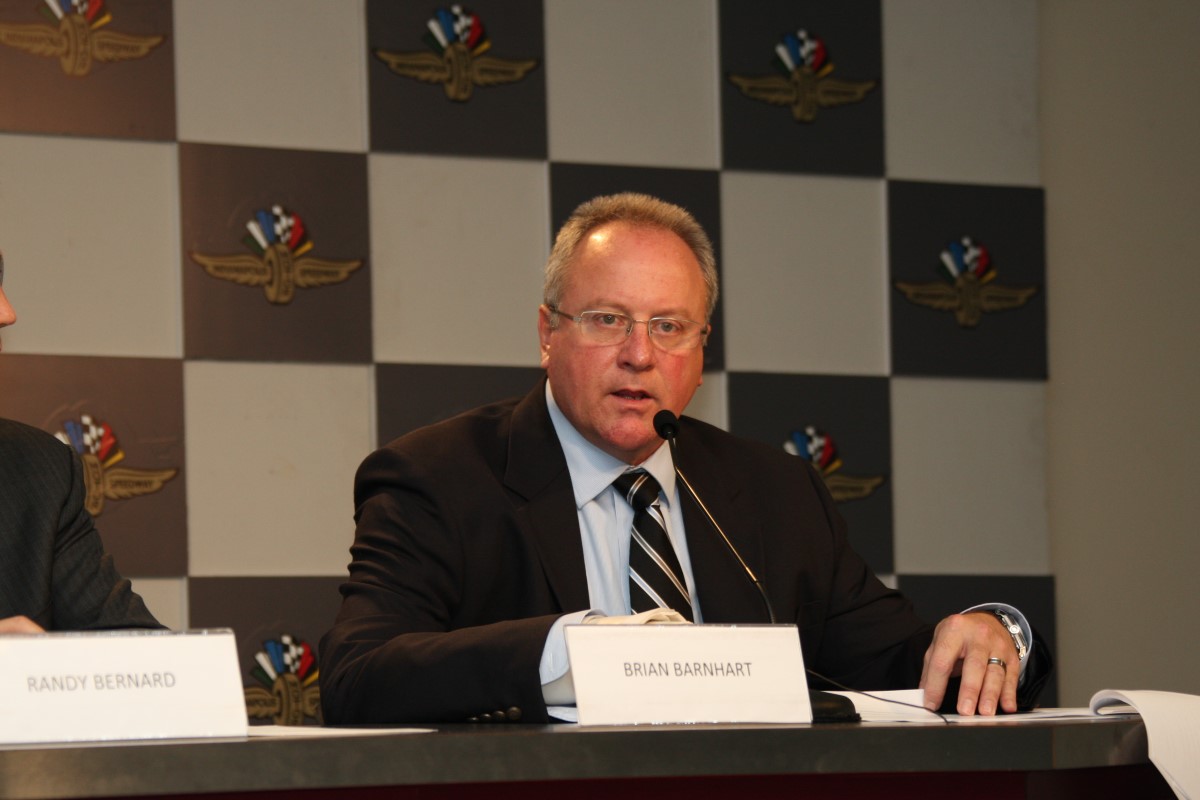 A reader writes, Dear AutoRacing1.com, It only took Brian (IRL) Barnhart one race and one qualifying session to prove, once again, why this man has absolutely no business being part of race director and why he was removed from the position years ago. However, the brain trust (maybe a recommendation by the Boston marketing group?) in Indy for some unknown reason decided to reappoint this polarizing figure to the same position again from which he was removed from, with much celebration, two years ago.

In probably one of the dumbest, least common sense calls in recent memory, Sebastian Bourdais, who qualified pole was removed from pole completely and sent to the back of the entire field (not simply losing his fastest two laps as is a common penalty for impeding a driver) for coming back on track and partially costing Tony Kanaan 2-3 tenths on one of this middle of the session timed laps. Bourdais, who could not see anything in his rear mirrors due to the wet spray, was told Kanaan was approaching over the radio, and immediately let him go by.

At the time, Kanaan was on the pole for the qualifying session and Bourdais was third with almost two identical laps. Kanaan remained on pole until Bourdais, some two laps later, bumped him down to second for the qualifying group. Since all top six drivers were to advance to the next qualifying round, both Kanaan and Bourdais were to advance, were both 1 and 2 in the session, and the result of the impediment did not affect Kanaan, Bourdais, nor any other drivers qualifying position in that session.

However, Brian (IRL) Barnhart and his trio of debaters, felt the just response was to not to simply remove Bourdais’ fastest two laps (which still would have allowed Bourdais to advance in the qualifying session), but to remove him completely from the qualifying session and place him last in the entire field for tomorrows race.

And people wonder why the fans despise Brian (IRL) Barnhart and can’t quite make themselves return to the sport destroyed by this man and his crony Tony George? D. Hughes, Cincinnati, OH