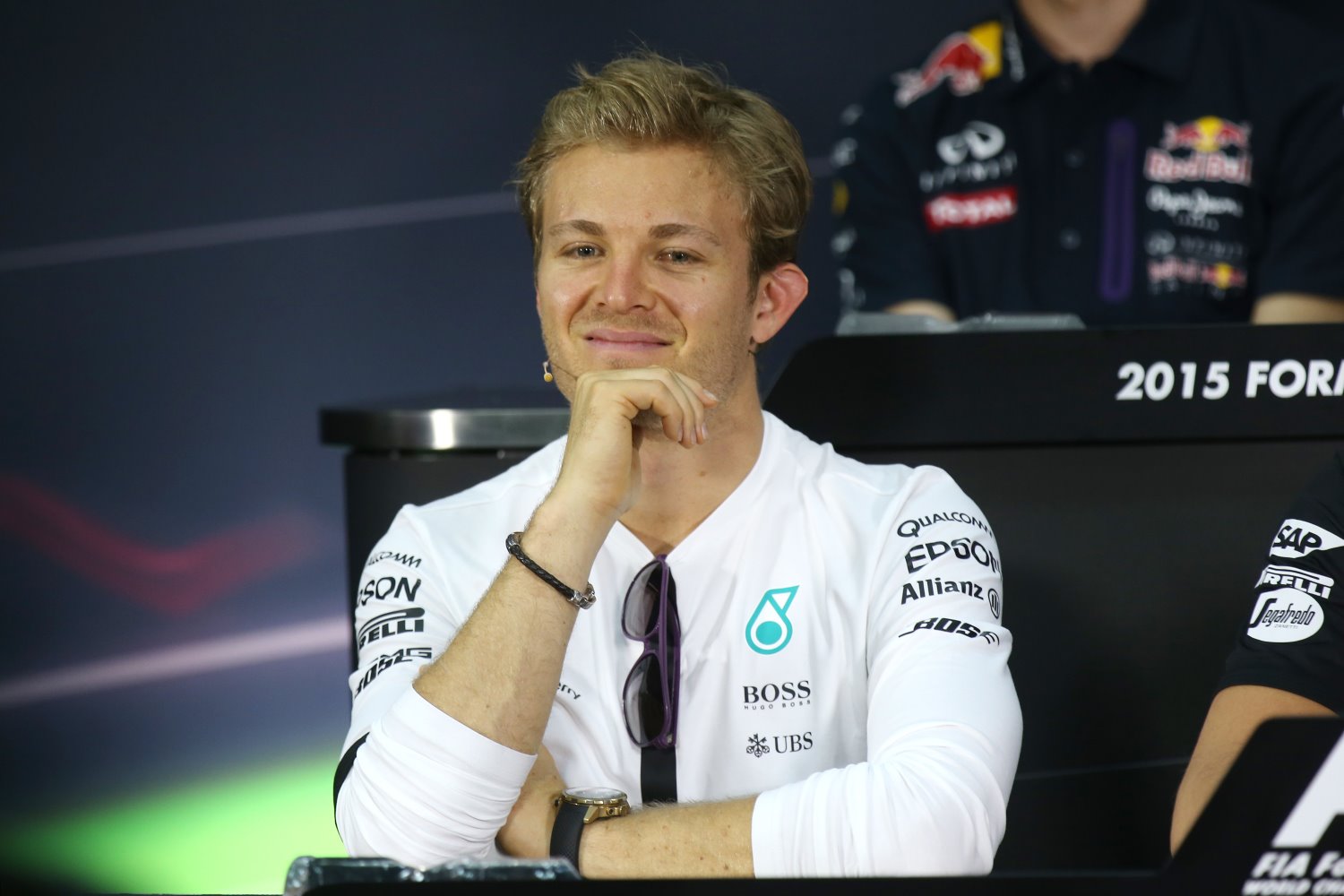 (GMM) Nico Rosberg is looking on the bright side of his defeat to not one but two drivers in Malaysia.

The German has been outpaced by teammate Lewis Hamilton so far in 2015, and at Sepang both silver-clad drivers were beaten by Ferrari's Sebastian Vettel.

But Rosberg said Vettel's form can actually "help" his quest to be 2015 champion.

"Already in Malaysia he was (a help)," he said in Shanghai. "Lewis only took 3 points from me, not 7.

"Of course, he (Vettel) will be a big problem if he keeps winning races," Rosberg smiled.

Malaysia, he admitted, was indeed "a shock" for Mercedes, who had utterly dominated just two weeks earlier in Melbourne.

There could be some more Ferrari-colored shocks to come, although probably not in the cold temperatures of Shanghai.

But a Mercedes team figure told Germany's Auto Motor und Sport that Bahrain in just a week should be good for Ferrari.

It has prompted some changes. Rosberg said the significantly different front wing for his and Hamilton's W06 this weekend "looks good".

And Mercedes is undergoing a strategy re-think.

"If Ferrari continues to put pressure on us, it could happen more often that we (the two Mercedes drivers) need to adopt different strategies to ensure we are winning the race at the front," said Rosberg.

Logically, that means one driver gets the preferred strategy, while the other does not.

Rosberg noted: "But sometimes the theoretically inferior strategy turns out to be the better one."

In short, Rosberg said his championship campaign remains on track.

"I am only 10 points behind the championship leader, and there are still a lot of points to win," he insisted. "There is no reason to panic."