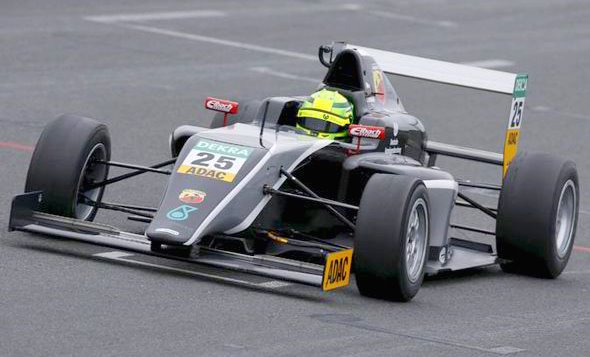 Michael Schumacher's manager has called for calm and realistic expectations as the seven-times Formula One world champion's son Mick stepped into the media spotlight with a Formula Four test.

"My message is to be realistic with expectations," Sabine Kehm, who is also managing the 16-year-old's first steps on the motorsport ladder, said from the Oschersleben circuit in Germany on Wednesday.

"This is Mick's very first year in a formula series. He has to learn a lot of new things and make a lot of new experiences because the difference between karting and formula cars is quite big," she added.

"Give him time, don't over-react in terms of expectations and just have him go step by step. Of course he will try and do his very best but he also has to learn a lot. This is really just the start of it."

In the three test sessions, Mick Schumacher finished eighth, fifth and 12th, respectively, out of 33 drivers.

The teen has joined the Dutch Van Amersfoort Racing team in the eight race German Formula Four series that starts up later this month.

A large number of reporters and television crews were present on Wednesday, with some reports suggesting as many as 100 had sought accreditation for the test session.

Michael Schumacher, the most successful Formula One driver of all time, suffered severe head injuries in a 2013 skiing accident in France and is continuing his rehabilitation at home in Switzerland. Reuters