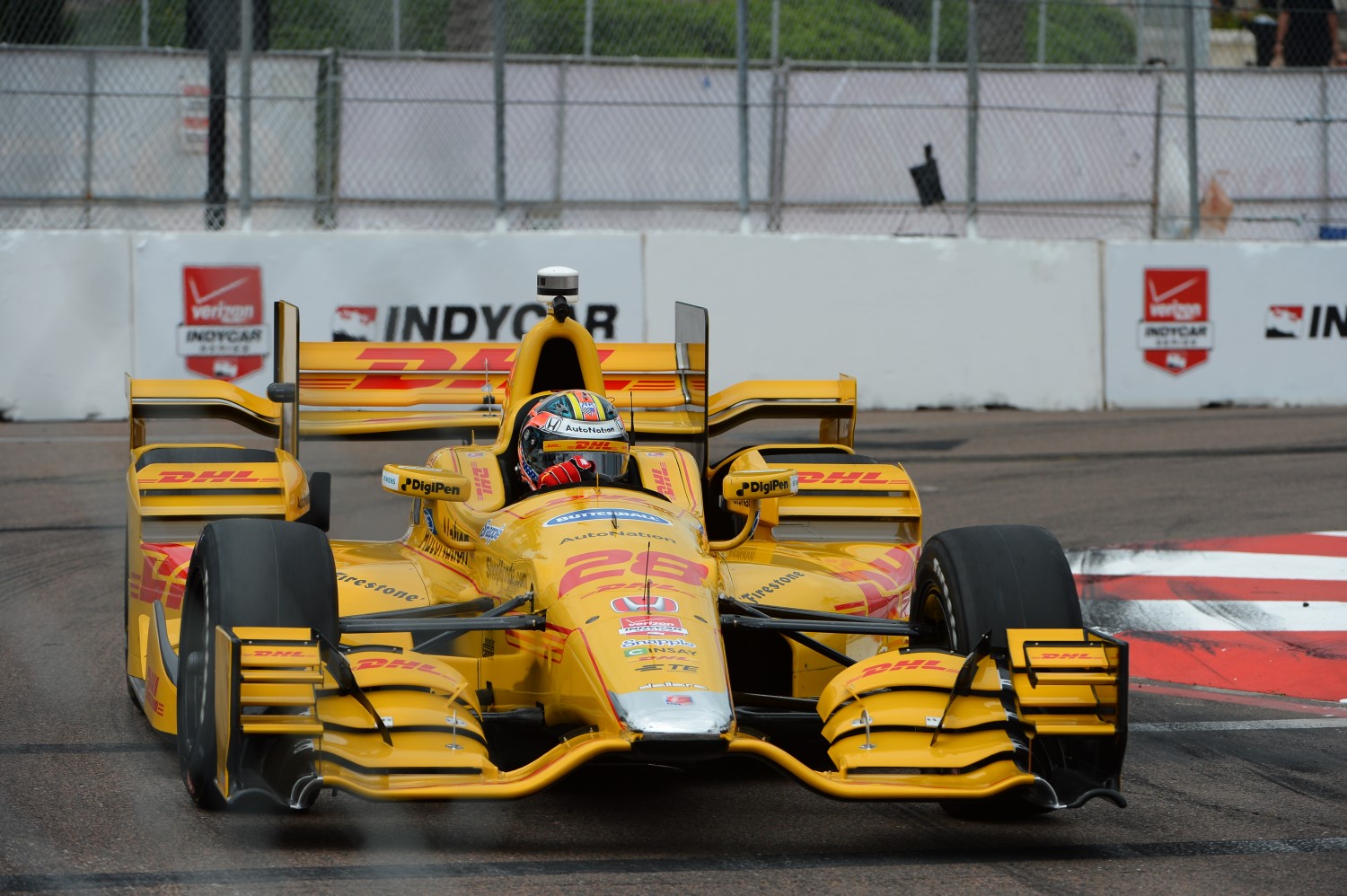 UPDATE Mrs. Hoffstetter was treated at the scene by St. Petersburg Fire and Rescue and then transported to a nearby hospital, where she remained in the trauma center overnight after being evaluated with a fractured skull. Expect more of the same with the new body kits.

IndyCar released a statement Tuesday afternoon that read:
"The safety of INDYCAR's fans and participants is of the highest priority. The series is investigating an incident where a spectator was injured at St. Petersburg on March 29. This process is consistent with INDYCAR's procedure following all race incidents and part of its persistent effort to make safety improvements. INDYCAR wishes the spectator well and hopes for a speedy recovery."

A spectator remains hospitalized after a piece of debris flew over the grandstands and fractured her skull during Sunday's Grand Prix of St. Petersburg.

The injury happened as the woman, Brigitte Hoffstetter, was walking in the concession area near Turn 10. A piece of carbon fiber from one of the IndyCars flew over the grandstands about 100 yards from the track and struck her in the head, said her husband, Greg Hoffstetter.

"It's crazy what happened," he said in a text message.

Brigitte Hoffstetter was treated quickly by St. Petersburg Fire and Rescue at the track's on-site medical unit, Deputy Fire Marshal Steve Lawrence said. She was sent to Bayfront Health for stitches and remained in the trauma unit Monday evening. Her husband said doctors expect her to recover.

"Could have been very bad," her husband said via text message. "It's amazing she is alive."

Lawrence said the incident occurred early in the race and that IndyCar Series officials are reaching out to the woman's family to see if they can help.

Sunday's season opener marked the debut of the series' new aero kits, which feature more intricate bodywork on the front and rear wings. Drivers said they were still learning and adjusting to the new cars and the fragile nature of the added flaps and winglets.

"Amazing the amount of stuff that fell off," runner-up Will Power said after the race. TampaBay.com