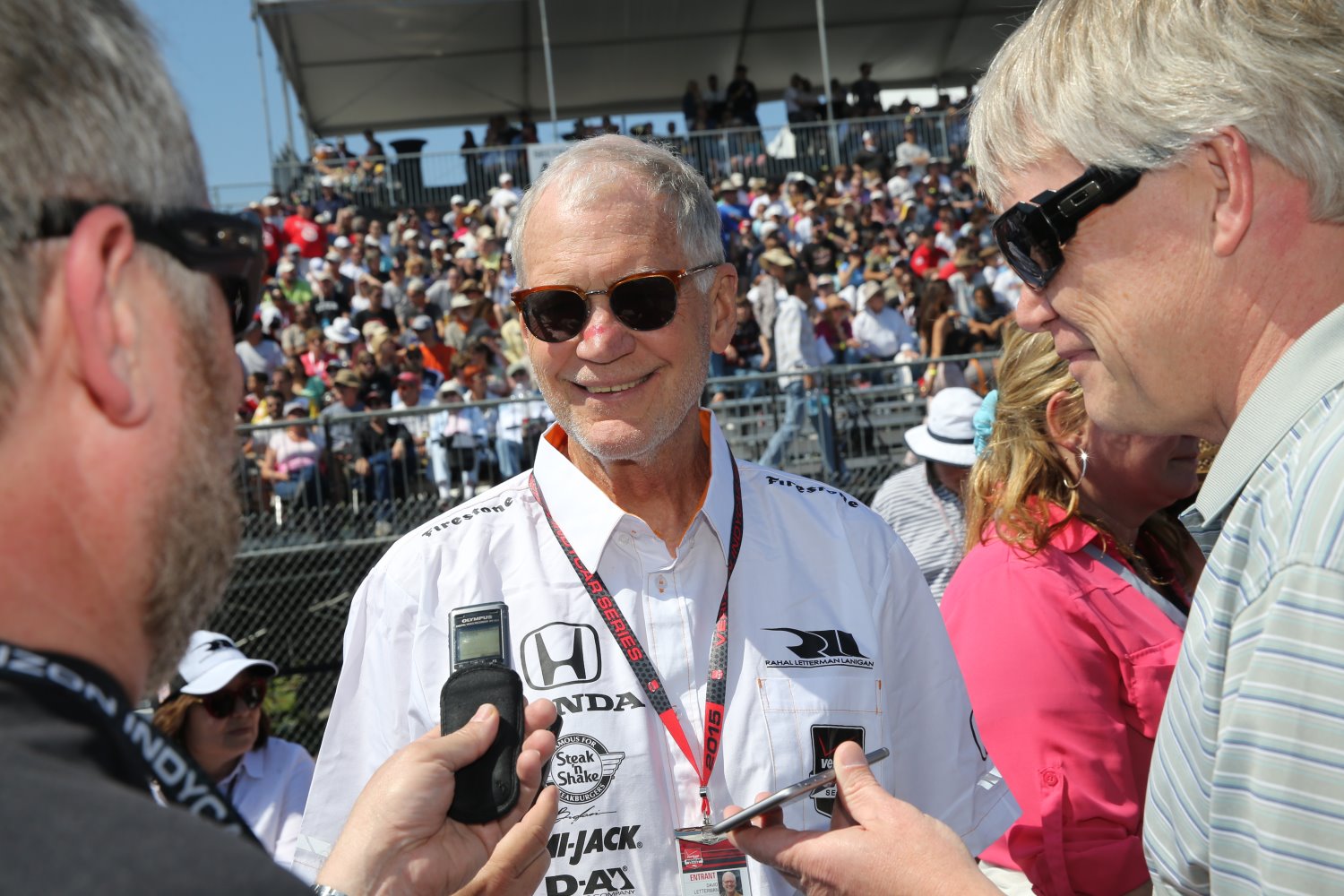 IndyCar Series team owner Bobby Rahal wants his longtime partner, Indianapolis native David Letterman, to get more involved with the sport upon retirement in May.

Letterman had an answer to that at Sunday's season-opening Firestone Grand Prix of St. Petersburg.

"Yeah, well I'd like Bobby to show up at fewer races," he said, laughing. "We'll see if we can work that out."

Letterman purchased nearly half of Rahal's race team in 1995. Three years ago, Chicago entrepreneur Mike Lanigan recently joined them as a third partner of the No. 15 Honda-powered car now driven by Graham Rahal.

Letterman usually attends this race and the Indianapolis 500, and he said it's difficult to do more as host "Late Night with David Letterman," a 33-year association that comes to an end May 20.

"The problem is, if you've ever seen the show you know it's not easy, not easy for me anyway," Letterman said. "So that's the problem and when you get to be my age you need as much time on medication as you can possibly get on the weekend.

"I'm lucky to be out of the house under any circumstances."

Letterman's sister lives in the St. Petersburg area, and he obviously has friends all over the U.S. But he feels at home at IndyCar races.

"Irrespective of where you're from, when you're in something like this year after year after year, you do get to see the same people and it is, regardless of your geography, like coming home," he said. "You get to see your old buddies."

One of those is Graham, whom Letterman has known since Graham was a young boy running around racetracks "causing trouble, stealing food."

"They were just kids, like kids running around today," he said. "Graham (is) solid gold, he's Brad Pitt, for god's sake."

Letterman said attending more races won't change what he does when he's here.

"They don't like me to get in the way," he said of the team. "Just stay out of the way." Indy Star