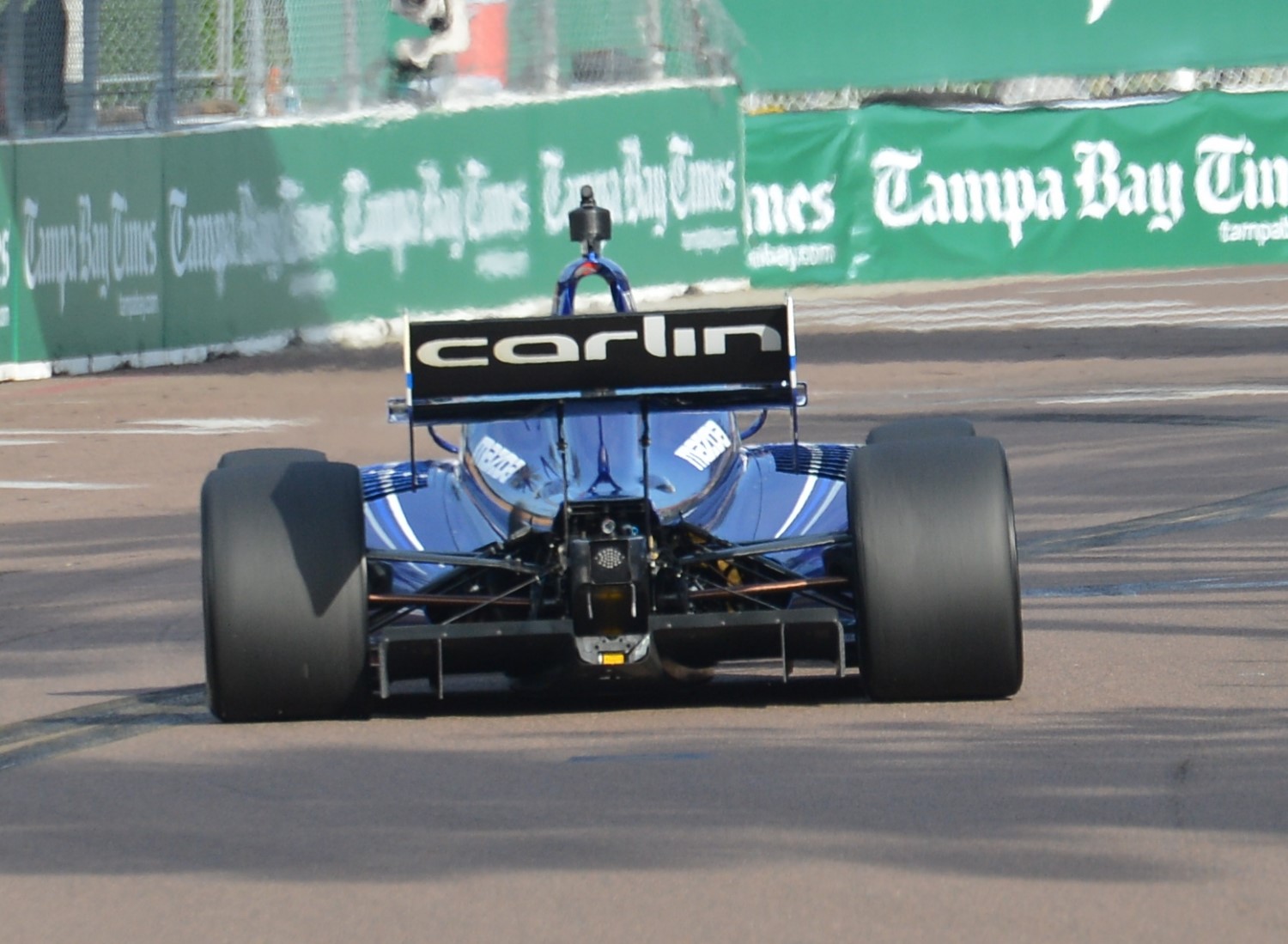 The opening lap of the 45-lap Indy Lights 2nd race on the streets of St. Petersburg was exciting. At the start turn one looked like a an accident about to happen as the front of the pack was 3 wide, however, lap one was clean all the way through.

R.C. Enerson had a mechanical failure early on in the fourth lap and brought out the only yellow of the race.

Ed Jones held the lead from start to finish, but the real battles turned out to be for third and fourth between American Spencer Pigot and ex-F1 driver Max Chilton, and seventh and eighth place between Brabham and Serralles.

At the start, Pigot moved from fourth to third, proving again that passing is extremely difficulty in St. Petersburg, and barring anything out of the ordinary you finish where you qualify. In fact, had Pigot not got the jump Chilton on the start, it most likely would have been a different name on P3.