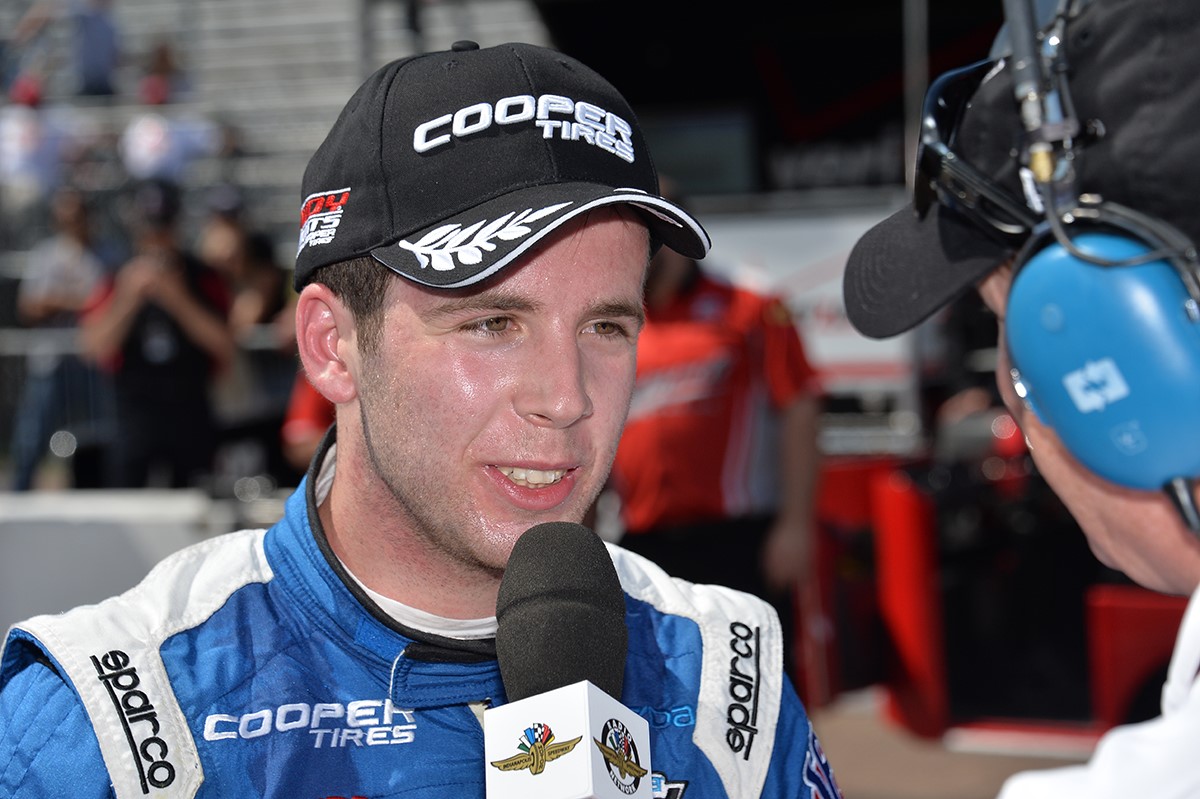 It was a memorable Indy Lights debut for Carlin today as the team took victory with Ed Jones, who led the Cooper Tires Indy Lights Series season opener in St Petersburg, Florida from start to finish. It was a race of mixed fortunes though, as Max Chilton looked to be in a strong position running in second, but contact with Felix Serralles left the British racer in the wall and out of the race.

As the team’s first Indy Lights race got underway, tensions rose as the field came round the last corner for the customary rolling start with the Carlin cars starting first and second. Jones held position well as Chilton looked racy as the field crossed the line but third placed man Jack Harvey had the advantage on the inside. Squeezed, Chilton lost out as Spencer Pigot also found a way past with Chilton lying fifth at the end of lap one.

With Jones leading, Chilton was fighting hard to get back to the front when contact with sixth placed man Felix Serralles resulted in them both hitting the wall. With his car badly damaged, Chilton had no choice but to retire. Jones was still leading but was now behind the Safety Car while the two cars of Chilton and Serralles were recovered. At the restart, Jones made his second perfect rolling start of the day to maintain first place from Jack Harvey.

As the race was able to unfold into a steady rhythm, Jones controlled his pace well, pulling out a little more every lap to hold a 1.2 second gap from Harvey at the mid-way point. By lap 27, Jones had the gap up to 4.5 seconds. The Indy Lights rookie remained calm to the flag, controlling proceedings to claim his and the team's first win in the series.

"It's such an amazing feeling to win my first race here," said Jones. "Once again a great job by the team, we've topped every session so far; the car was awesome to drive. We've got to work really hard to make sure we do the same again tomorrow."

Team mate Chilton was disappointed not to have challenged his team mate for the victory adding "I'm delighted for the team, to see all the hard work pay off but of course I'm hugely disappointed that we could haven't made it a 1-2 or indeed for me to have challenged Ed for the lead. I had no room left – but these things happen on street circuits. We'll be back to fight another day tomorrow."

A delighted Trevor Carlin added "I can't say how proud I am of the whole team, especially our Team Manager who has put his heart and soul into setting up this program. Ed has had a perfect weekend so far and we're very proud to be working with this super quick but unassuming young man. Obviously we're extremely disappointed for Max who would have been up there too, but the great thing is we've got tomorrow to bounce back from today's unfortunate accident."

This weekend's double header will come to a close with race two tomorrow.