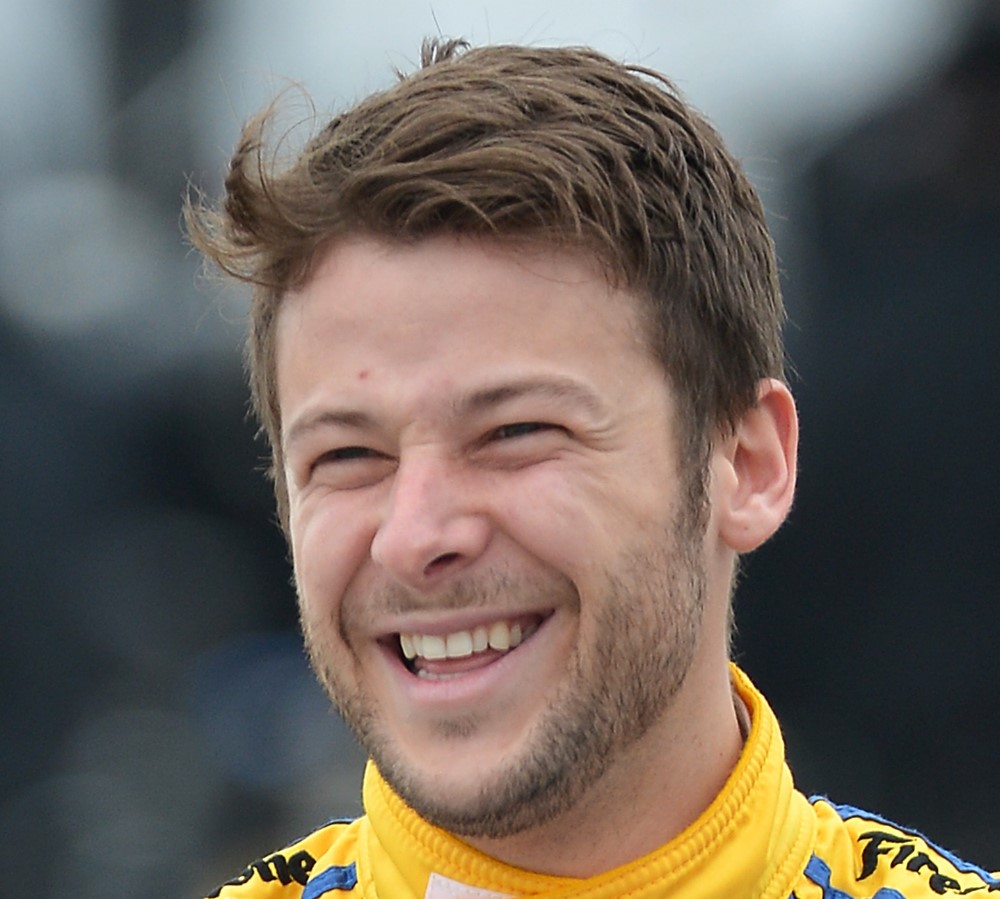 Marco Andretti was driving up I-75 from Sebring to St. Petersburg, Fla., on Wednesday evening, and it was obvious by the sound of his voice that he was happy.

"We were really far off at Barber and New Orleans, but we made some huge strides this week at Sebring," the 28-year-old third-generation Indy-car driver from Nazareth said. "We're looking forward to St. Pete all of a sudden."

Speed. It's the only thing that counts in Andretti's world. You can never have enough of it.

The Verizon IndyCar Series opens its 2015 season this weekend with the Firestone Grand Prix of St. Petersburg. The race, which is set for Sunday, is run on a street course.

The event has not been particularly kind to the son of Michael Andretti and grandson of Mario Andretti. He has been on the podium once in nine starts (third in 2013) and has finished out of the top 10 seven times.

"A lot of elements figure into this business," Andretti said. "In the past, [St. Pete] might not have been greatest track for me, but after this week, it could be one of the better ones."

There it is again. Speed.

The premier open-wheel racing series in the United States has a bit of a different look. New aerodynamics packages have been introduced for the Honda and Chevy-power chasses.

As strange as it sometimes seems, this is the beginning of Marco Andretti's 10th season in the IndyCar Series. Even Andretti is aware of how quickly the time has gone.

"Yeah, big time," he said. "I really hope we have some things go our way this year. I'm not happy with just a few podiums a year. A few wins a year, I'd be happy with. but not podiums. We need to step up our game. I think we're ready to. I think the whole [car number] 27 team is up to the task."

Marco, who has spent his entire career driving for his dad's successful Andretti Autosport team, has just two victories and four poles on his IndyCar Series resume. He hasn't won in his last 60 starts, and he's had only six podiums — the top three finishers are on the podium — since that 2011 win at Iowa.

But as is the case in all of sports, a new season brings with it a hope for change. No one wants that more than Andretti, who would like nothing better than to silence the critics who constantly compare him to his dad and grandfather.

"Honestly, I feel I could beat the best of them if I have similar circumstances, and this year I feel I'm going to have that," Andretti said.

It won't be because of his new car number — he's switching from the 25 of the last two years and the 26 of his first seven years to 27 for 2015. The No. 27 was on the car driven last season by James Hinchcliffe, who will drive for Schmidt Peterson Motorsports this season.

Hinchcliffe, working with engineer Nathan O'Rourke, started on the front row in five of the first seven races in 2014 — sometimes at tracks where Andretti Autosport cars had less than stellar past performances.

Andretti hopes the O'Rourke touch will do something to get his career moving in the right direction. He likes what he's seen so far.

"He's really been a different ballgame; there's a different atmosphere under this guy," Andretti said of O'Rourke. "He's a true leader and I think he's going to take my driving to the next level. He's hard on me but, honestly, I wouldn't have it any other way."

Asked for a three-item bucket list for 2015, Andretti said, "(1) obviously, winning at Indianapolis, where it's been like a shootout at the end the last two years and we've been in both; (2) I want to run well at Long Beach or any street course; and (3) qualifying has been a deficit for me, so I want to tidy that up and make my Sundays a little easier. A street course pole would be magnificent."

Andretti said the biggest difference between the Verizon IndyCar Series of 2015 and the series as it was in 2006, his rookie year, is the competition. Where being two-tenths of a second off the pole speed might have put a car second in 2006, now that same spread might put the car in eighth.

"Track position is huge," Andretti said. "Looking back, one thing we've done on my team is we jumped around with setups so much on a race weekend. Basically, we'd go into qualifying with a brand new setup. We need continuity from the setups, where I can really trim the car out and get the most out of it. No guessing and learning the setups. Once we home in on a good car, make small changes from there instead of throwing kitchen sinks at it, which is what we have done in the past."

He's eager to put the new line of thinking to the test at St. Pete, where he has led only six laps in nine starts and has started on the front row only once. Allentown PA Morning call