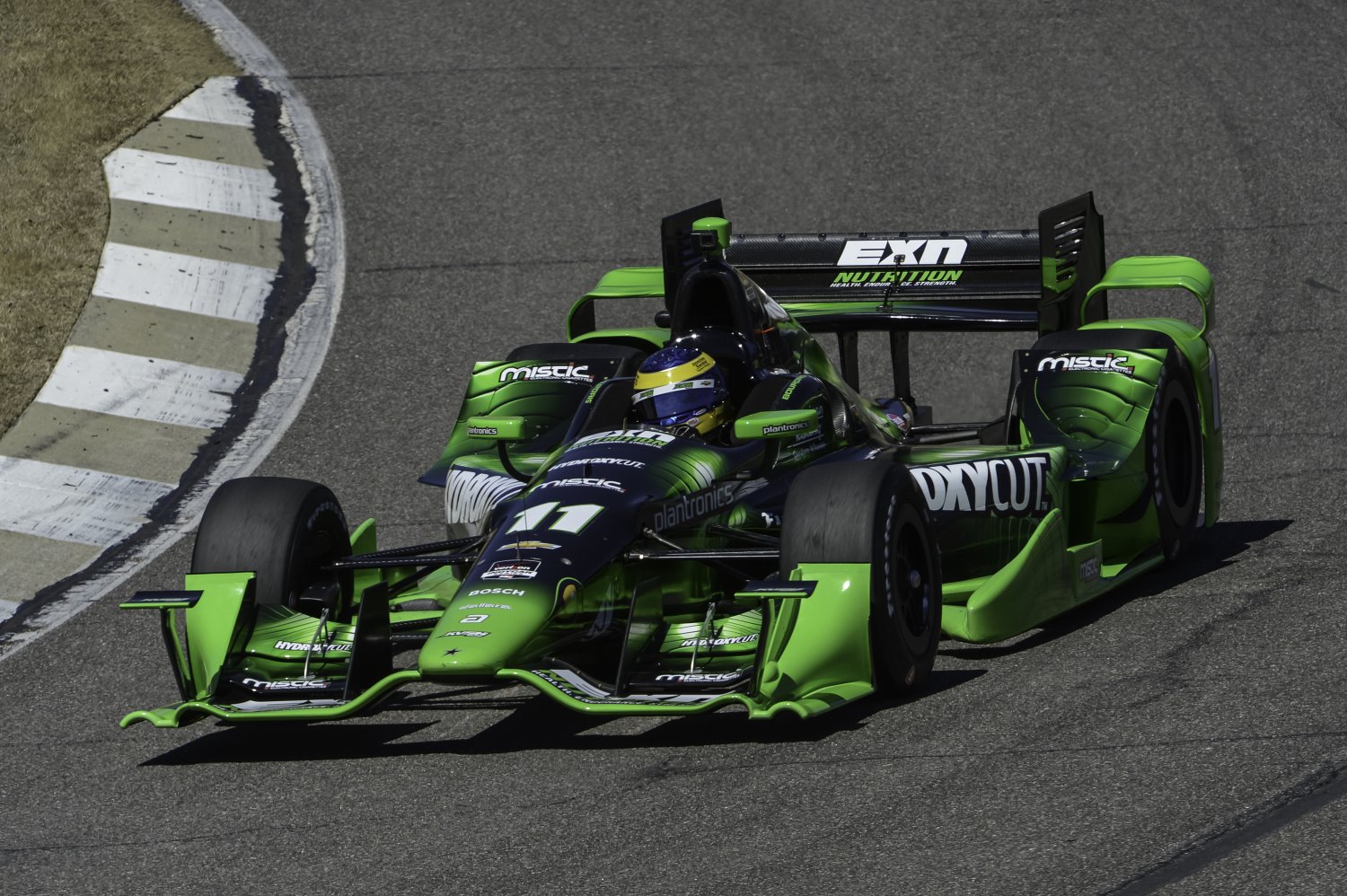 For 2015, IndyCar has 'transformed' its cars into a look straight out of the popular toy line that changes robots into futuristic vehicles.

Sunday's season opening Firestone Grand Prix of St. Petersburg will mark the debut of the much anticipated aero-kits from Chevrolet and Honda. The 110-lap Verizon IndyCar Series race, on the 1.8-mile street circuit in the Florida gulf coast city, will be broadcast live on ABC at 3 p.m. The green flag waves at 3:37 p.m.

An abundance of winglets, slats and other aerodynamic appendages on the new body kits has given the Dallara chassis an almost animated look, especially so from Honda. Think Formula One on steroids.

With the new aerodynamic devices generating more grip-inducing downforce, the speed and performance of the IndyCars will certainly be on the rise.

IndyCar moved to a common chassis supplied by the Italian manufacturer in 2012 with the intention to support multiple aerodynamic bodywork configurations. The introduction of the aero-kits was first delayed – with teams citing the extra costs involved – and re-planned for 2014.

The kits, however, were postponed again until this year. IndyCar Engine manufacturers General Motors and Honda, seeking a brand differentiation, are each supplying a different interpretation of the new bodywork to their respective teams.

Honda's kit is the most radical looking but, heading into the 16-race season, the edge has to go to the Chevrolet teams. The Detroit automaker's more conservative aero-kit approach proved faster in initial testing last week at Barber Motorsports Park in Alabama.

IndyCar has boasted a competitive race lineup since the Dallara DW-12 introduction but the aero-kit era could usher in a distinct divide in performance between the Honda and Chevrolet teams. Chevrolet outfits 13 of the 25 entries at St. Petersburg, including defending series champion Will Power of Australia.

The Penske Racing Team Power drives for has expanded from three-cars to an unprecedented four cars, with the addition Simon Pagenaud. The Frenchman joins other teammates Helio Castroneves and Juan Pablo Montoya.

Simona de Silvestro, who returns to IndyCar after a one-year hiatus, recently signed on with Andretti Autosport. With her Formula One dreams dashed at Sauber last year, the promising 26-year-old Swiss racer now has new motivation with arguably her best IndyCar opportunity.

The 2015 IndyCar season was scheduled to begin on March 8, but the planned race on a newly proposed track in Brasilia was cancelled in late January after Brazilian government funding was withdrawn for the facility.

Despite the setback, IndyCar CEO Mark Miles hopes to continue to expand internationally and extend the IndyCar season by beginning in February. A 20-race season could be on tap for 2016 with the bostonherald.com reporting one promoter is proposing a season finale on the streets of Boston during Labor Day weekend. Star Gazette