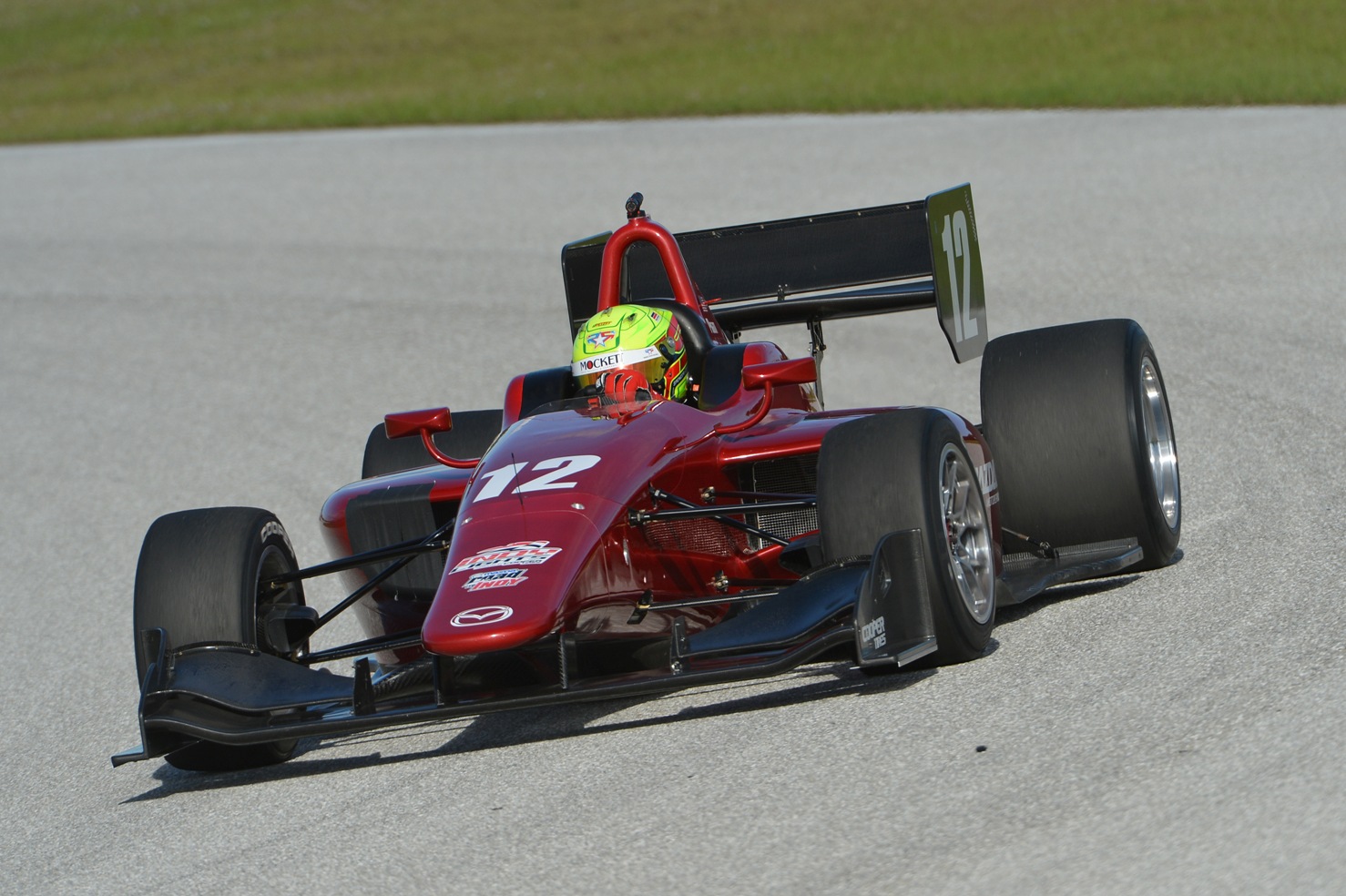 Indianapolis, IN – After a busy winter developing the new Mazda powered Dallara IL-15, Juncos Racing is ready for the opening rounds of the 2015 Indy Lights Championship Presented by Cooper Tires this week with Races 1 and 2 on the Streets of St. Petersburg, Florida. Kyle Kaiser and Spencer Pigot look to carry the success from last season in the Pro Mazda Championship into the final step of the Mazda Road to Indy ladder in their rookie season in the Indy Lights series.

Juncos Racing has had great success on the Streets of St. Petersburg in the Pro Mazda Championship Presented by Cooper Tires. In 2014 Juncos Racing dominated the weekend with Spencer Pigot claiming both wins while teammate Kyle Kaiser took home second in both races. The team has claimed a total of five wins in the Pro Mazda series at St. Petersburg.

Kyle Kaiser, 19, (Santa Clara, California) driver of the #18 InterVision/NetApp/JuniperNetworks car is set to begin his rookie campaign in the Indy Lights series after a busy offseason of testing the new Mazda powered Dallara IL-15.

“This offseason has been very productive, but it felt longer than usual," said Kaiser. “I’m anxious to get back to racing this week in the new IL-15. The team has done a tremendous job during all the testing and development up to this point and I feel we are in a great position to bring a strong performance to St. Petersburg."

Spencer Pigot, 21, (Orlando, Florida) is eager to get behind the wheel of the #12 Mazda Scholarship car in front of his hometown crowd and looks to continue the momentum gained from the winning the 2014 Pro Mazda Championship.

“I’m really looking forward to the first race in St. Petersburg," said Pigot. “It’s my favorite street course and I’ve had a lot of success there. It’s been a very long offseason. The Juncos guys have been working hard and we’re all ready to get back to racing. It’s a special race for me having grown up in Orlando, but also a special race for the Indy Lights series as a whole. It will be the first time we will race the new Mazda powered IL-15 and I’m excited to be a part of it."

Juncos Racing Team Owner, Ricardo Juncos, is ready to get the season underway after months of preparing the newly expanded team and new Mazda powered Dallara IL-15 for the Indy Lights Championship.

“This is an exciting year for us joining the Indy Lights series with the new IL-15 and with two full time drivers who have proven they are ready for the final step in the Mazda Road to Indy," said Juncos. “I’m really looking forward to beginning the season this week at a track that we have been very successful at in past years within the Pro Mazda series. Everyone has worked very hard to develop the new cars this offseason and that has shown through our pervious tests. I am confident through our continued hard work and dedication to always improving we will have strong results at St. Pete."