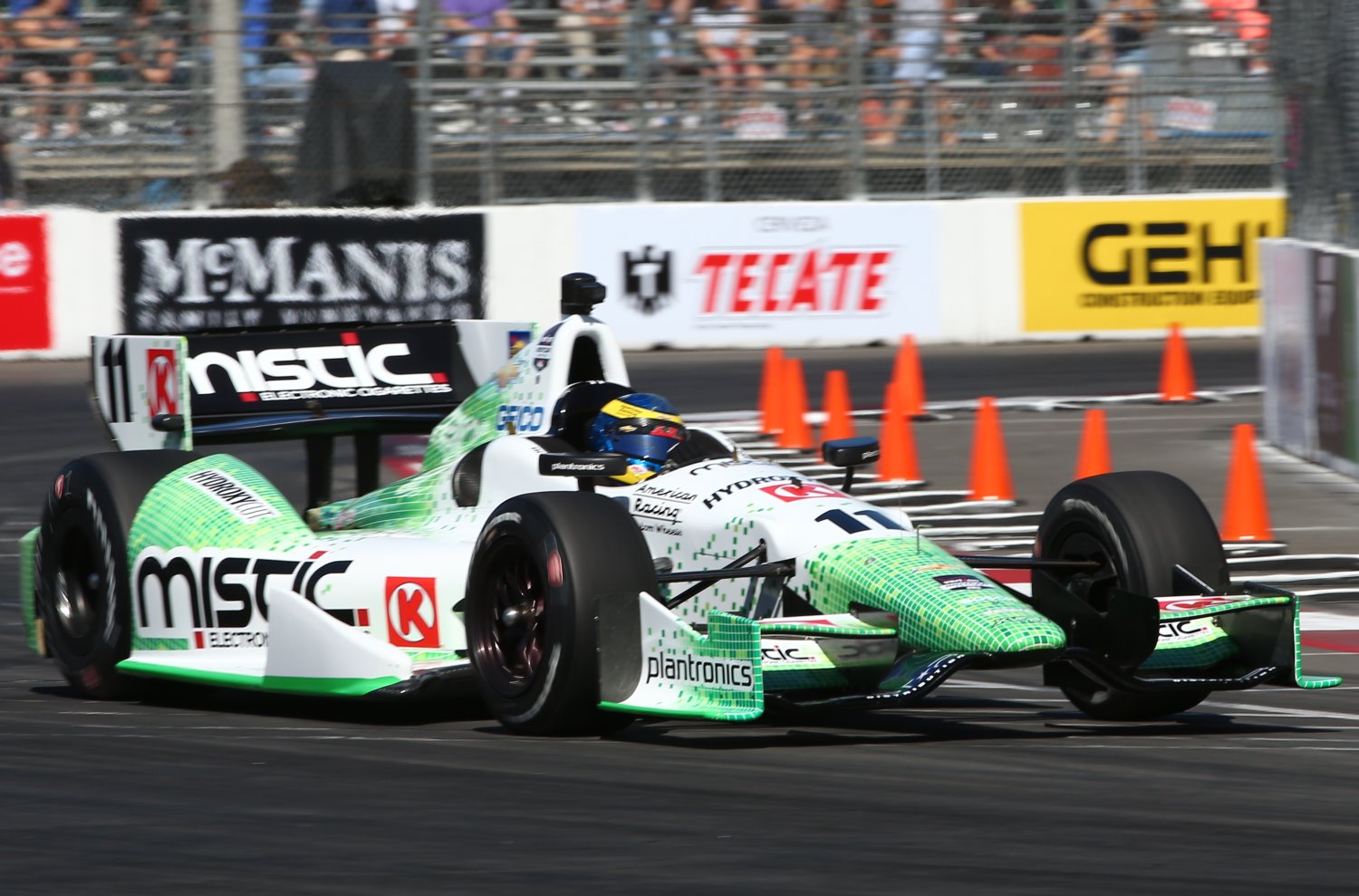 Mistic, independent maker of high quality, value-priced electronic cigarettes, vapor products and U.S.-made e-liquids, today announced it will continue to serve as co-primary sponsor for the No. 11 car piloted by KVSH Racing’s Sebastien Bourdais for the 2015 Verizon IndyCar Series. The company also said it will retain its associate sponsorship of the SH Racing Rallycross No. 07 Ford Fiesta ST car for the 2015 Red Bull Global Rallycross (GRC) season. Both sponsorships began in 2014.

"We are thrilled to continue our relationship with Mistic for the 2015 IndyCar and GRC series season."

"While traditional tobacco historically has dominated auto racing in the past, we have since become a prominent sponsor within the IndyCar and GRC circuits as e-cigs and vapor products continue to replace smoking," said John Wiesehan Jr., CEO of Mistic. “These platforms have enabled us to build awareness for our Mistic and HAUS brands among adult smokers as significant alternatives to traditional tobacco."

Race fans will be able to enjoy Mistic’s brand experience at IndyCar and GRC racetracks during the 2015 season. Adult smokers can visit the Mistic-HAUS kiosk and engage with members of the Mistic Pit Crew to learn more about the company’s products, while fans can ride in virtual race simulators and get the chance to compete against Sebastien Bourdais in mock competitions.

Bourdais last year finished 10th in the championship with three poles, a win at the Honda Indy Grand Prix of Toronto and a seventh place finish at the Indianapolis 500. He is a four-time Series champion with 32 career wins, 49 podiums and 33 poles.

"We are thrilled to continue our relationship with Mistic for the 2015 IndyCar and GRC series season," said James "Sulli" Sullivan, KVSH Racing partner and principle at SH Racing Rallycross. “Our teams are coming off solid seasons and are poised to continue their success this year, which promises to be very exciting with IndyCar’s newly designed aero kits and a host of new venues at GRC races."

The 2015 Verizon IndyCar Series starts on Friday, March 27 in Florida at the Firestone Grand Prix of St. Petersburg. The 2015 Red Bull Global Rallycross Series begins on May 30 in Ft. Lauderdale, FL.

Featuring racing at a combination of superspeedways, short ovals, road courses and temporary street circuits, the Verizon IndyCar Series offers its international lineup of drivers the most diverse challenges in motorsports. The top point scorer is crowned the series champion and receives a $1 million bonus.

The Red Bull Global Rallycross series features extremely diverse tracks, consisting of combinations of dirt and tarmac, as well as other various obstacles. The HAUS GRC car will produce more than 600 pounds of horsepower and can accelerate from 0-60 mph in 1.9 seconds.

Mistic electronic cigarettes is an independent manufacturer of high-quality vapor products, primarily sold through brick-and-mortar retail channels under the direction of its parent company, Ballantyne Brands. The company’s Mistic brand of rechargeable and non-rechargeable e-cigarettes, including the Mistic Bridge, as well as its HAUS line of vapor products, such as the HAUS Personal Vaporizer by Mistic and HAUS e-liquids, are sold in approximately 68,000 retail outlets and wholesalers across the U.S., including Walmart, Walgreens, Dollar General, Kangaroo Express, Circle K, Hess, Speedway, Family Dollar, Winn Dixie/Bi-Lo and Food Lion, HT Hackney, McLane Company, Coremark, Nash Finch and Petrey. The company produces all of its e-liquid in the U.S., including the bottling and filling of its HAUS branded e-liquid bottles, as well as the filling and assembly of Mistic refill cartridges and starter packs.