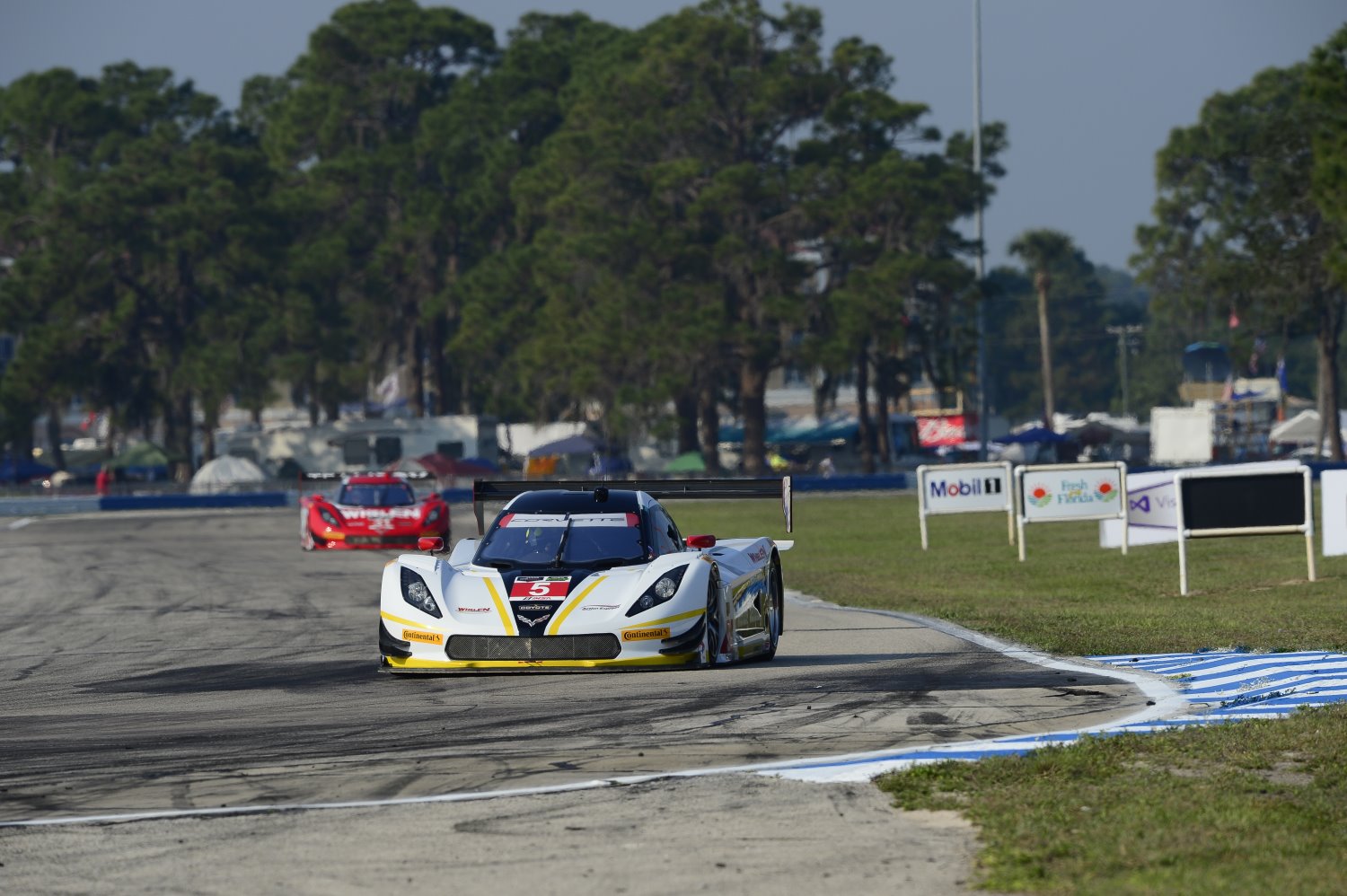 For Action Express Racing's Sebastien Bourdais it's like taking candy from a baby. The IndyCar driver continues to lead with three hours now in the books at the 63rd Mobil 1 Twelve Hours of Sebring, following yet another caution flag.

Cautions tighten up the field and each time Bourdais extends his lead in the No. 5 Corvette DP by around 1-second per lap, clearly showing that sportscar drivers are no match for the talent of an IndyCar ace. As long as the car survives the grind, last year's winners won't be beat.

GT Le Mans continues to be controlled by the No. 911 Porsche North America Porsche 911 RSR of Nick Tandy, who runs ahead of Ryan Briscoe’s No. 3 Corvette C7.R and the John Edwards-driven No. 24 BMW Team RLL BMW Z4 GTE. Wayde Alfarone reporting live from Sebring