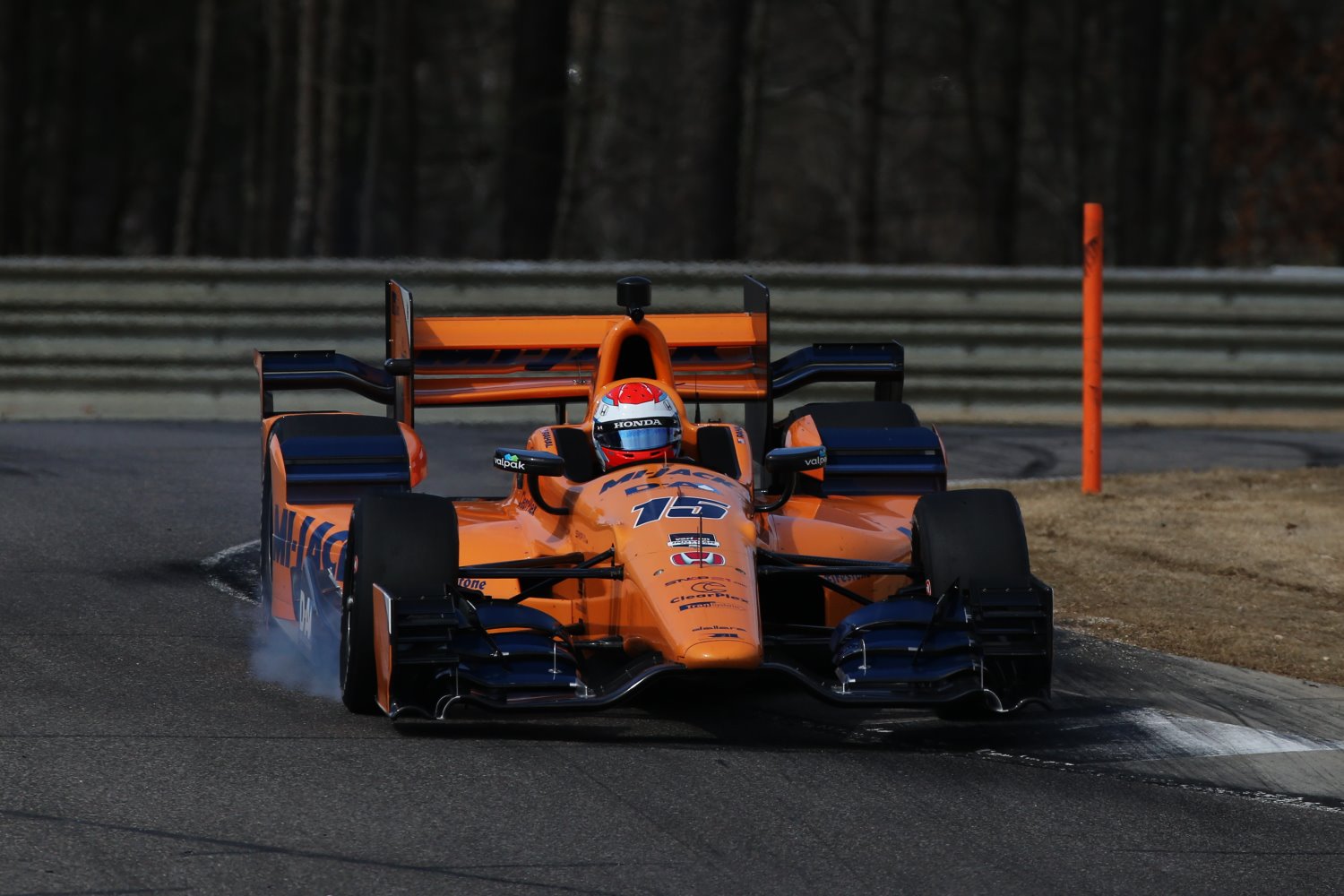 The two test days earlier this week for IndyCar Spring Training at Barber Motorsports Park, were some of the more intense testing days we remember. Many of the teams, both big and small, clearly had their hands full with the new body kits, some of the teams were even taking time to figure out how exactly to assemble their cars. And when we say, how to assemble we don't mean whether to run more or less wing, more or less camber, etc., we actually mean how to assemble the car.

Surely, the teams will figure it out soon enough. But there was more head-scratching in the Barber garage area than we've seen in previous seasons.

Longtime tire supplier Firestone is also likely to have its hands full early on. Remember, we reported Monday that Firestone essentially brought the same tire to the Barber test as they ran last season largely to provide them a baseline with what exact impact the kits will have on the tires. And a Firestone engineer we spoke with told us the numbers were "way off." We took that to mean that the impact of the aero kits on tire performance was greater certainly than before, but possibly more than expected.

Obviously, Firestone's record in Indy Car racing is stupendous. However, it will be interesting to see what unforeseen issues might arise for IndyCar's longtime tire supplier.

As for CFH Racing, they've already experienced one of the unforeseen issues with the aero kits. As the #20 Fuzzy's Vodka Chevrolet of Luca Filippi was being towed, the tow rope snapped one of the upper end plates on the front wing. (See picture to the right).

Moving on, you surely remember Peter Dempsey. The 28-year-old Irish driver, of course, captured victory in what may have been the greatest finish to any race ever, the 2013 Freedom 100. Dempsey won a combined 10 Star Mazda races in the 2008 and 2009 seasons, before making 27 Indy Lights starts between 2011 and 2013.

He was unable to secure a ride for 2014, however it was known over the summer the Irishman was working on a deal with McCormack Racing for 2015. Last summer, The team announced on its website that it purchased the first of the new Dallara IL-15 chassis and intended to contest the 2015 Indy Lights Presented by Cooper Tires season with Dempsey as the driver.

In the meantime all has gone quiet with McCormack. We hear that members of the team as it was structured last summer have decided to go separate ways. We also hear that the team is still working on running in Indy Lights at some point during the season, although we have no clear timetable.

As for Dempsey, we presume he would still be a candidate to drive for McCormack. For now, the Irishman has joined Juncos Racing, as a driver coach. Juncos, of course won the 2014 Pro Mazda Championship with Spencer Pigot. Pigot, fellow 2014 Pro Mazda driver Kyle Kaiser and Juncos are making the move up to Lights together for 2015.

Brian Carroccio and Lucille Dust contributed to this report.