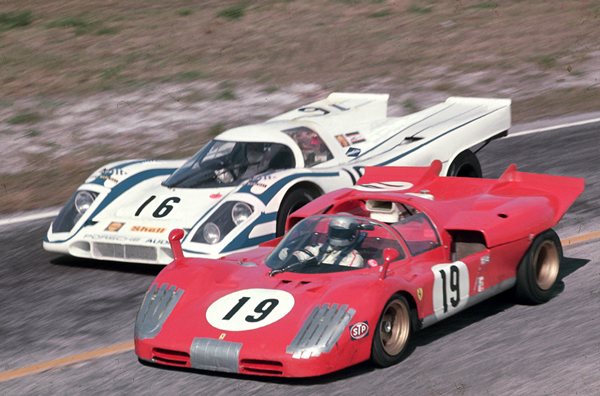 Three-time Verizon IndyCar Series champion Scott Dixon can join an elite group of competitors by driving to victory in the 12 Hours of Sebring this weekend.

Dixon co-drove the No. 02 Chip Ganassi Racing with Felix Sabates Prototype with Tony Kanaan, Kyle Larson and Jamie McMurray to the overall victory in the Rolex 24 At Daytona in January. Only eight times have drivers won at Daytona International Speedway and Sebring International Raceway in the same year.

This weekend, Dixon will join full-season drivers Scott Pruett and Joey Hand in the No. 01 entry.

"Sebring is one of those iconic motor races in the world and I think we'll have a good chance," said Dixon, who also won the 24-hour race in 2006. "I'm looking forward to working with Scott and Joey again."

Also in the Prototype class, Sebastien Bourdais returns to co-drive the No. 5 Action Express Racing and Justin Wilson will co-drive the No. 60 Michael Shank Racing with Curb-Agajanian entry. Both are former overall winners of the Rolex 24 At Daytona.

Simon Pagenaud, who earned a podium finish in the 24-hour race in January, returns to co-drive the No. 4 GT Le Mans class entry for Corvette Racing.

For more on drivers participating in the endurance race, visit IndyCar.com.