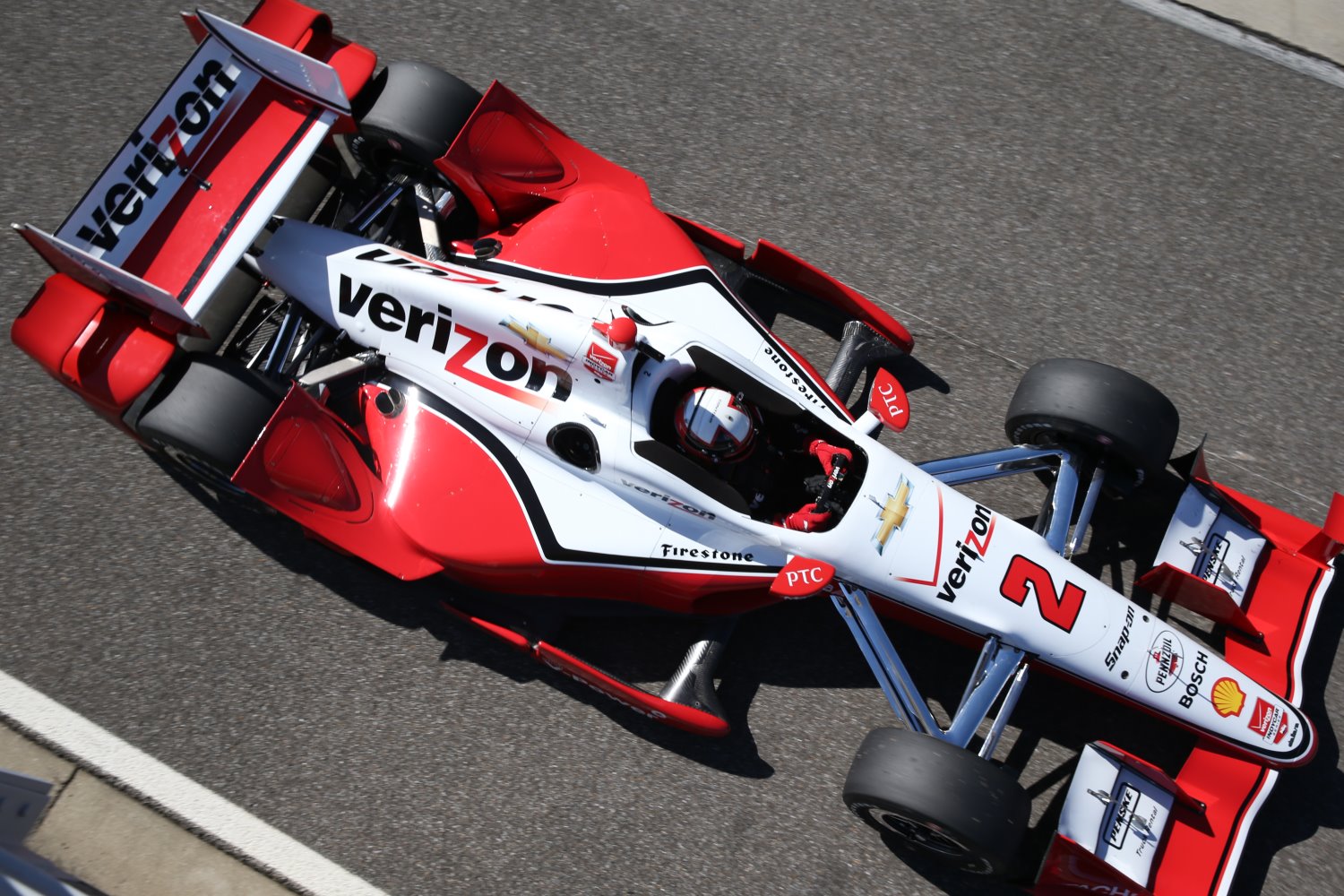 If anything was learned after the two days of testing of the new Verizon IndyCar Series aero kits at Barber Motorsports Park it was that Honda is behind Chevrolet in development with only 10 days to the season opener at St. Petersburg.

That much is undisputed after the big Chevy teams of Penske and Ganassi dominated the speed charts for a majority of the sessions on Monday and Tuesday.

And when they were not at the top, one of the smaller Bow Tie teams like KV Racing Technology with veteran Sebastien Bourdais and rookie Stefano Coletti was there.

It would be easy to dismiss the pre-season results by saying that the Penske and Ganassi teams, by the very size of their bankrolls, should be the leaders with their combined strength of eight race teams.

Yet over at Honda, Andretti Autosport, which carries the flag for the Japanese auto giant is also a four-car squad, the team struggled throughout the four separate sessions at Barber.

But if there is concern in the Honda camp, it is not showing.

In fact Honda officials are saying that they will be back on the track for more testing prior to next week’s season launch.

Allen Miller, the Honda Performance Development point man, insists the group came away from Barber having learned some things and found ways to improve that will be in place next week.

“This is a very different race car from last season," he said. “In addition to the Honda aero kit package there have been significant improvements to the engine as well.

“This was the first real test with this new package and we learned a lot over the two days (at Barber), but there still is much more to learn.

“We have more testing scheduled for next week in Sebring and New Orleans, and that should give us a much better understanding of the car prior to the season opener at St. Petersburg."

Talking to Hinchcliffe after the final session, he said he found in the simulated race conditions on older tires he was able to match the speeds of the Chevrolet teams, it was on new tires where the Hondas fell back.

“I was encouraged by that," he said.

“Because when we go racing for real next week at St. Petes, the majority of the race will be run on older tires."

One thing you can bet on is that team owner and seven-time Honda Indy Toronto winner Michael Andretti will be spending a lot of time this week demanding that Honda deliver a better package next week.

Just the opposite is true in the Chevrolet paddock where teams are pretty much over the moon with their results from Barber, even though Chevy itself only appeared cautiously optimistic with its results.

“This year the culmination of multiple years of effort into the Chevrolet aero kit was rolled out during this two-day test and so far the results were in line with our expectations," Chris Berube, Chevrolet Racing Program Manager for Verizon IndyCar Series, said.

Simon Pagenaud, who was the lead Honda driver last season at SPM before switching to Chevrolet and Team Penske this season, was ecstatic at what he experienced during the two-day test.

“It’s fun and now we’re learning a lot of things for the race.

“It’s interesting to try different items on the race car to know what to use for the race."

That is a luxury a team like Penske can afford with its four-car effort led by defending series champion Will Power, who topped the speed charts with a lap of 123.010 mph in the No. 1 Penske Chevrolet.

Power was so impressed with his team’s progress with the new aero kit package he was predicting record speeds at St. Petersburg and elsewhere for the Chevrolets.

“I would expect to break lap records just about everywhere," he said.

“I think we found some good stuff as a team for St. Petersburg." Toronto Sun