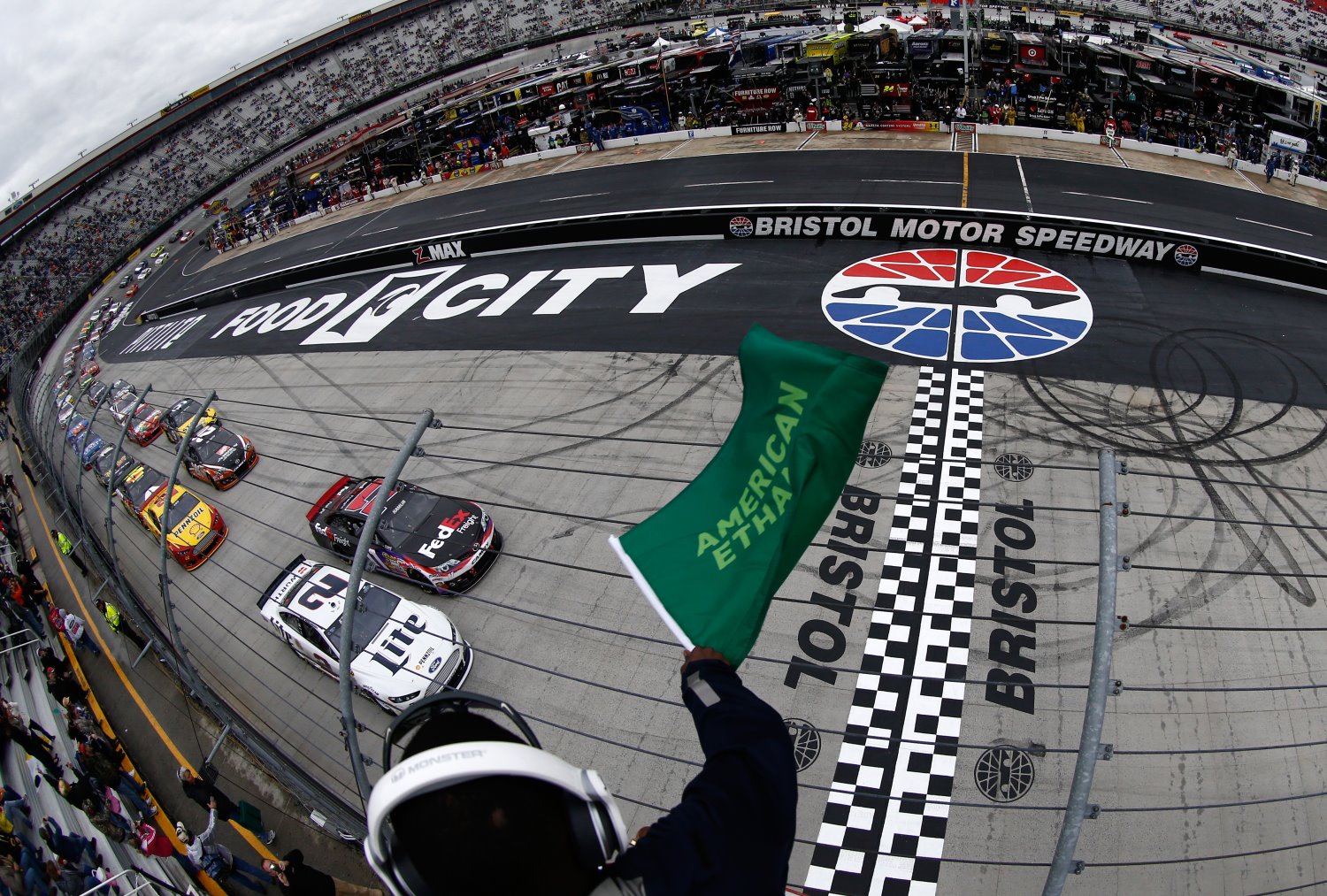 NASCAR and Bristol Motor Speedway (BMS) aren't having sellout crowds like they did in the past, but they do have a saving benefactor.

An annual SMI document filed only days ago with the Securities and Exchange Commission (SEC) valued the deal at $8.2 billion, an approximate 46 percent increase over NASCAR’s previous seven-year, $4.5 billion deal with FOX, ABC/ESPN, TNT and the Speed Channel ending in 2014.

"These new agreements include various 'TV Everywhere' rights that allow 24-hour video-on-demand, expanded live streaming and re-telecasting of certain race, before and after race coverage, in-progress and finished race highlights, and replays of a FOX-televised race to a FOX Sports-affiliated website, some of which are first-time rights," the SMI filing said. "Also included are the broadcasting rights for Spanish-language broadcasts, website content and other ancillary programming, as well as nightly and weekend NASCAR news and information shows."

Still, BMS recently demonstrated it covets revenue from ticket sales and other sources. On Wednesday, BMS launched an “It’s MY Bristol Baby" campaign to get more people in its immediate 18-county area to come to the April 19 Food City 500.

"It's your speedway," BMS Executive Vice President and General Manager Jerry Caldwell told a gathering of business leaders and elected officials during the campaign kickoff.

BMS hasn't had a sellout since 2010, but still had a $417 million direct economic impact on the region from 2012 to 2014, plus an indirect $1.4 billion impact, according to the Bristol Chamber of Commerce.

While those on-the-ground dollars remain important to our region, what sounds astounding is NASCAR is telling SMI that shares of net revenues separate from TV broadcasting rights "continue to be insignificant," according to SMI’s filing with the SEC.

But there were other positive signals in the document.

One of those in the SMI filing was BMS’ announcement to host the “Battle of Bristol" in September 2016 between the University of Tennessee Volunteers and Virginia Tech Hokies.

BMS’ seating capacity is approximately 150,000, including 196 luxury suites. Bleacher seating is expected to be put on the field for the event which could bring in thousands of more fans.

“We believe this could be the highest attended collegiate football game in history, with intense media coverage and fanfare," the SMI filing said. “If successful as anticipated SMI may hold other collegiate events in the future."

The SMI filing also acknowledges sponsor support NASCAR got in the past from the tobacco and alcoholic beverage industry, but isn’t telling investors those sponsorships will come back due to government regulation.

SMI is also sticking to a past talking point that corporate interest in the sport is still driven by attractive demographics and brand loyalty of the NASCAR fan.

The NASCAR fan base is 63 percent male and 37 percent female, with nearly 40 percent between the ages of 18-44, the filing said. Many fans, according to SMI, are purchasing tickets closer to event dates.

SMI also recognizes changing conditions in sponsorships. For example, in September 2014, NASCAR announced a 10-year partnership with Comcast's Xfinity brand, which resulted in renaming of the Nationwide Series to the Xfinity Series starting in 2015. Nationwide, meanwhile, renewed its status as the official insurance company of Charlotte Motor Speedway and BMS through 2017.

But, in December 2014, Sprint announced it would not be extending its sponsorship of the NASCAR Sprint Cup Series beyond 2016. NASCAR is currently looking for a sponsor to take over its premier series.

As far as economic conditions go, SMI’s management believes many of its revenue categories continue to be negatively impacted by ongoing weak consumer and corporate spending, including high underemployment in certain demographic groups, high food and health care costs and other economic factors. Times News