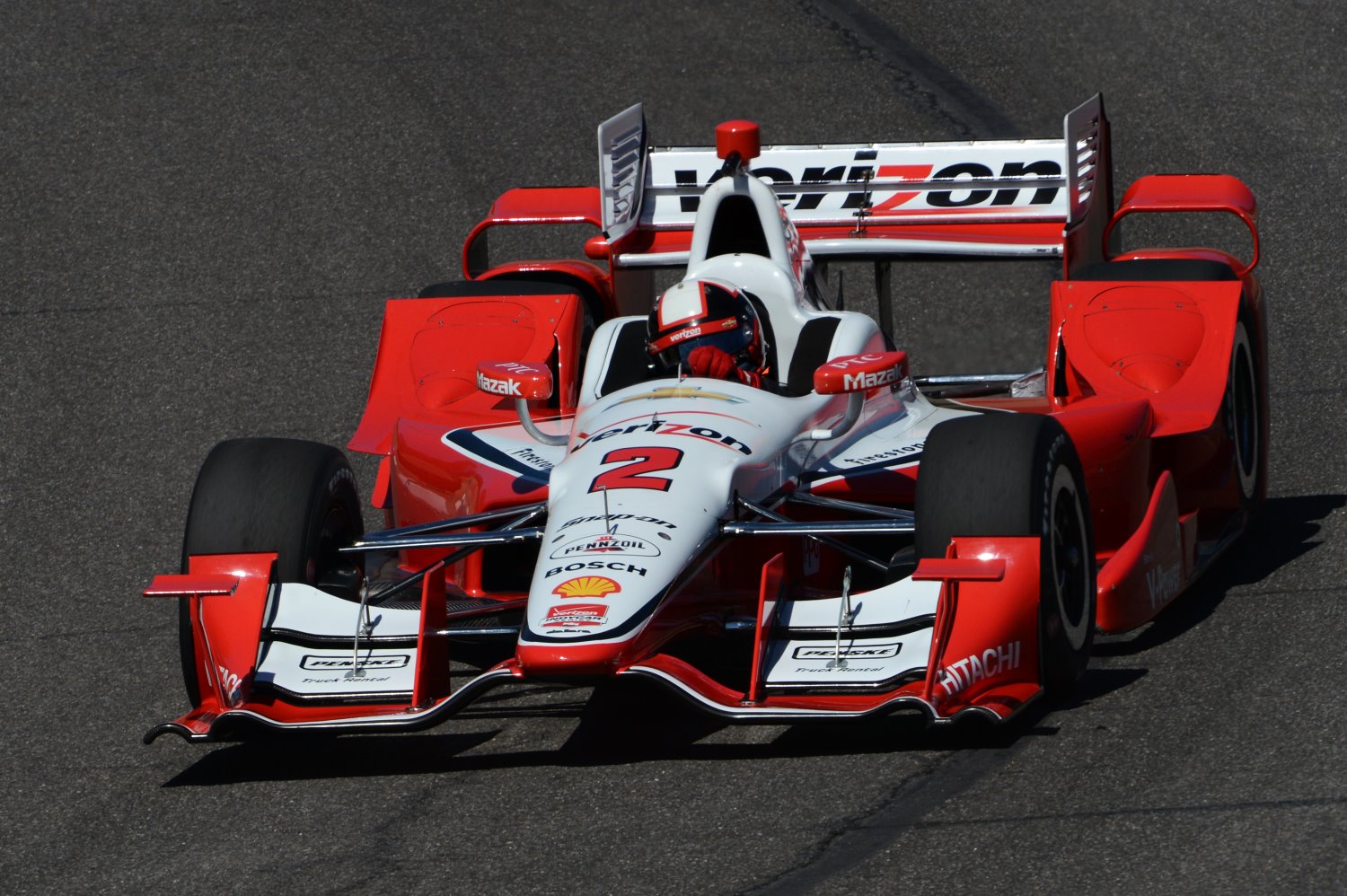 The new-look Team Penske Verizon IndyCar Series program got back to business after a busy off season with two days of testing on Monday and Tuesday at Barber Motorsports Park near Birmingham, Ala. Team stalwarts Helio Castroneves, Will Power and Juan Pablo Montoya, along with newcomer Simon Pagenaud, all took turns laying down some impressive lap times around the picturesque circuit as the teams got their first experience testing the new aerodynamic body kits that have been introduced to INDYCAR this season.

All four drivers placed inside the top-five on the practice charts on day one of what is referred to in the INDYCAR garage as “Spring Training." Driving the No. 22 Penske Truck Rental Dallara/Chevrolet, Pagenaud led the way with a lap of 1:07:5329 seconds in the afternoon session, which was the second-fastest of the day overall. Power, the defending series champion, came in with the third-fastest lap – also set in the afternoon session – with a time of 1:07:5495 seconds in the No. 1 Verizon Team Penske Chevy. Montoya, piloting the No. 2 Verizon Team Penske machine, and Castroneves, racing the No. 3 Hitachi Team Penske Chevrolet, rounded out the top-five fastest cars with times of 1:07:6266 and 1:07:7703 seconds, respectively, in the afternoon session.

"It's been a long off season and one with a lot of changes, both with the new Chevrolet aero kits and the move to four cars at Team Penske," said Castroneves. "This was our second test together with the aero kits and we have one more before we get to St. Pete. These are very-important for us to hit the ground running when the season starts and I think we’ve shown we are working well together already. I’m really impressed with the speed we have shown."

Power turned 70 laps on the first day, the second-highest total of the 23 drivers in attendance. Castroneves made a total of 57 circuits, with Montoya and Pagenaud lapping the track a total of 53 times a piece. In all, 16 drivers turned in times faster than Power’s pole-winning lap from the 2014 race at Barber, demonstrating that the new aero kits are going to bring about some fast times throughout the season.

"We are still trying to understand this new car, but it’s good to be back at the track after a long off season," said Power. "The new Chevrolet aero kits provide massive downforce and the cars are just stuck right into the track. It really has a nice balance between downforce and drag, and the speeds we are running are impressive."

In all, Power led Team Penske with a total of 157 laps turned during the productive two days on track. Pagenaud completed 155 circuits with Castroneves and Montoya touring the course 141 times and 140 times, respectively.

"All of these tests are important for my acclimation into Team Penske," stated Pagenaud. "To come out here, in a competitive environment, and have speed like we have shown here at Barber is great for me. We learned a lot during the two days about these new aero kits and I’m excited about the way it will race when we get to St. Pete and beyond."

The pit crews on all four Chevrolet entries were able to gain valuable preseason experience on a pit road where they will be competing during the season as all teams practiced live pit stops on the second day of testing. Team Penske and all the other Verizon IndyCar Series teams will return to Barber Motorsports Park for the fourth round of the championship – the Honda Indy Grand Prix of Alabama, April 24-26.

"When you have an opportunity to test on a track where you will be racing later in the year it's very important to take advantage of that,' said Montoya. "It's good for all parts of the team to be able to come to come out here and practice in a live situation. It’s an exciting time to be a part of the Verizon IndyCar Series and I can’t wait to get to St. Pete."

The first race of the 2015 Verizon IndyCar Series season will be the Firestone Grand Prix of St. Petersburg (Fla.) on March 29. Power is the defending winner of the event. Castroneves has won the race three times, more than any other driver.