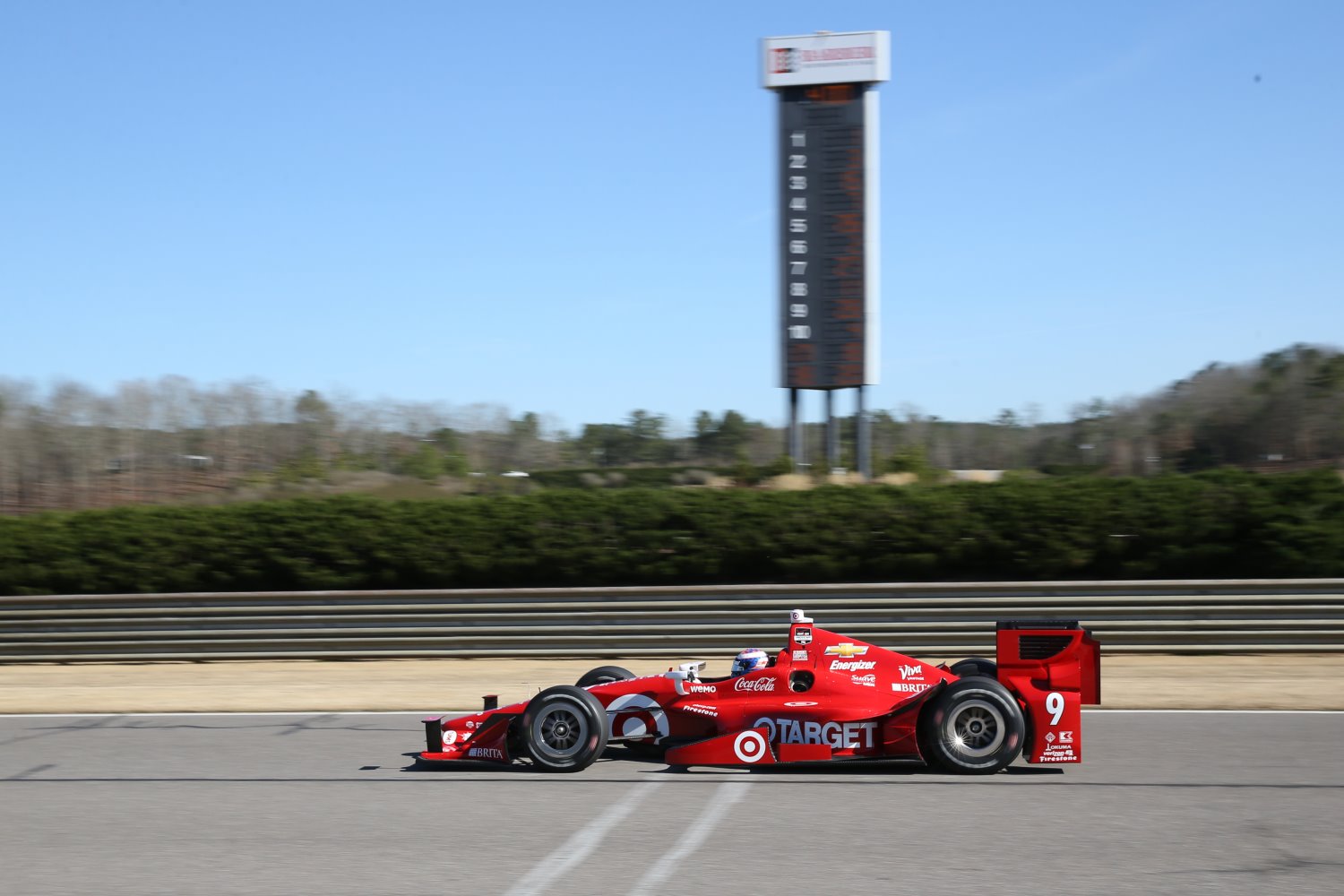 Graham Rahal was the fastest Honda driver in fifth. Some drivers, like Ryan Hunter-Reay, did not run many laps today because they were running out of tires. Testing with a new aero package and they limit the teams to 6 sets of tires over two days?

Each driver was given 6 sets of tires to use for the 2 day test in Barber. The teams are allowed to take one set home with them to use for testing at the next track. Some teams are testing are Sebring next week and other teams are going to NOLA to test Monday and Tuesday.

I talked with one of the tire engineers and he stated that the are using more pressure in the tires due to the increased downforce on the cars.