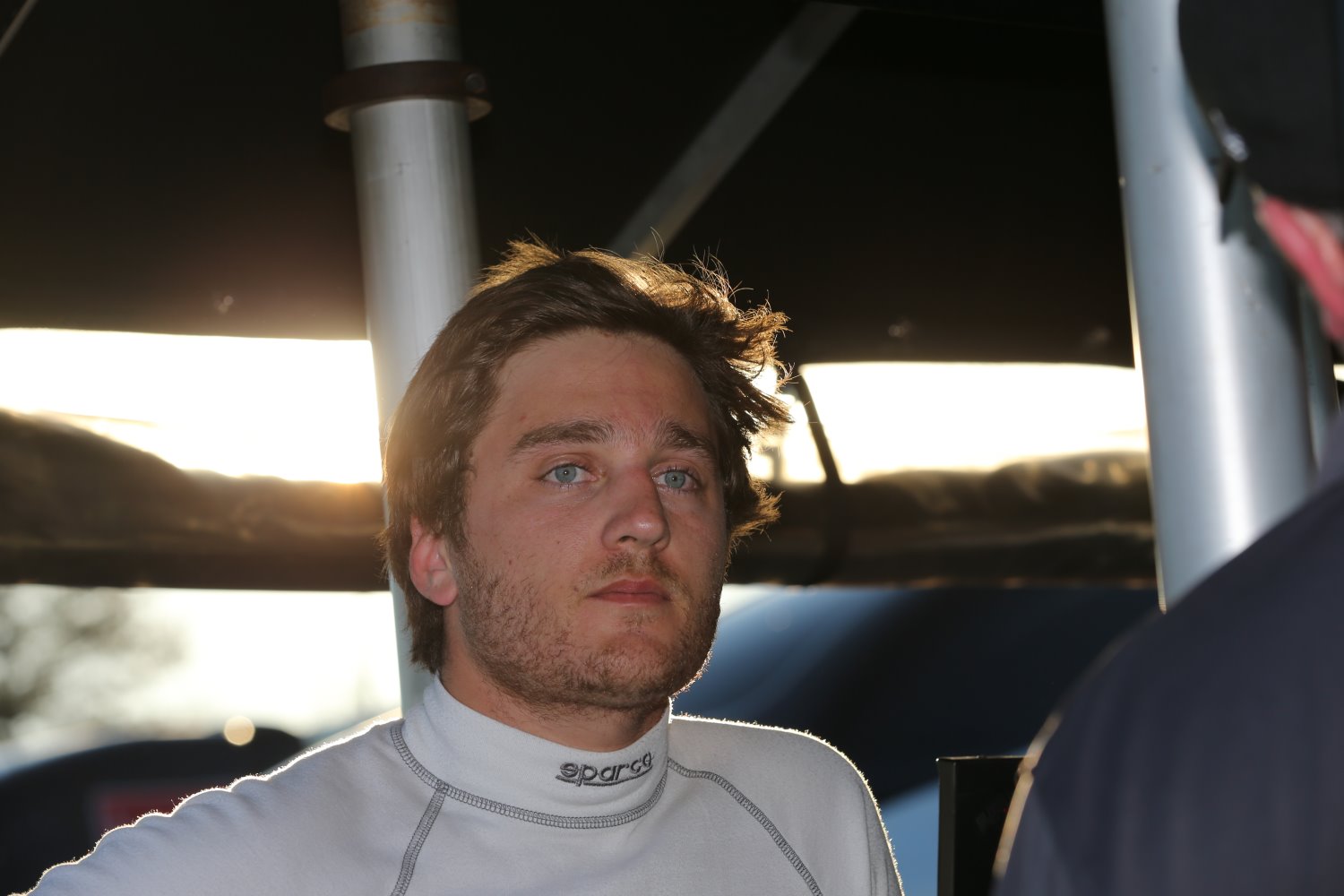 KV Racing Technology rookie Stefano Coletti was one of the drivers who met with the media after the morning session. He compared a GP2 car with an Indy car saying the Indy car is heavier, has more downforce and much better tires, and is very physical to drive. He also expressed his admiration of the Barber layout, particularly the blind corners.

Coletti also noted that he and teammate Sebastien Bourdais have very similar driving styles. The two have been communicating in French, one of five languages the Monaco native speaks. French, English, Portuguese and German being the others.

James Hinchcliffe also spoke with the media. He was asked about being back on a team that he drove for in his Indy Lights days, and said it made the transition easier. In particular, Hinch noted that many of his crew members worked with him back when drove Indy Lights for Schmidt.

Also, as you might expect, Hinchcliffe was up to some of his usual mischief, in particular trying to get an American nickname for his new teammate. 'Buckshot' is what he is trying to make stick.

For the record, we here at AutoRacing1 fully support Mayor's latest initiative.

Later in the afternoon, I verified with Firestone that each team was given 6 sets of tires to use for the 2-day test in Barber. The teams are allowed to take one set home with them to use for testing at the next track. Some teams are testing are Sebring next week and other teams are going to NOLA to test Monday and Tuesday.

I talked with one of the tire engineers and he stated that they are using more pressure in the tires due to the increased downforce on the cars.

Brian Carroccio and Lucille Dust contributed to this report

Day 2 of IndyCar Spring Training began around 10 a.m. local time here at Barber Motorsports Park with sunshine, a slight breeze and temperatures in the low 70s.

Honda, who were clearly outpaced by Chevrolet yesterday, has shown some improvement so far. Graham Rahal continues to be impressive and as of 1 p.m. ET is the quickest Honda, and fourth fastest overall, a mere three tenths behind Will Power.

Have you ever wondered what happens to a heavily-damaged Indy car? For example, one with a cracked tub.

Well, we bumped into Target Chip Ganassi managing director and AR1 reader Mike Hull earlier, and asked about Sage Karam's damaged car from yesterday. If you recall, we reported that the front part of the #8 tub cracked in the accident, in which the 2013 Indy Lights champion found an Armco barrier.

Previously, damaged tubs had to be shipped to Europe for repairs. However, now a cracked tub goes to the Indianapolis-based Aerodine Composite Group shop. A representative from Dallara inspects the damage at the shop and determines whether the crack can be repaired. If so, Dallara sends the necessary materials for the car to be repaired. If however, the crack is too large, the tub is withdrawn from competition and used to build a show car.

We'll follow up to see what happens with Karam's #8 DW12.

Brian Carroccio and Lucille Dust collaborated on this report